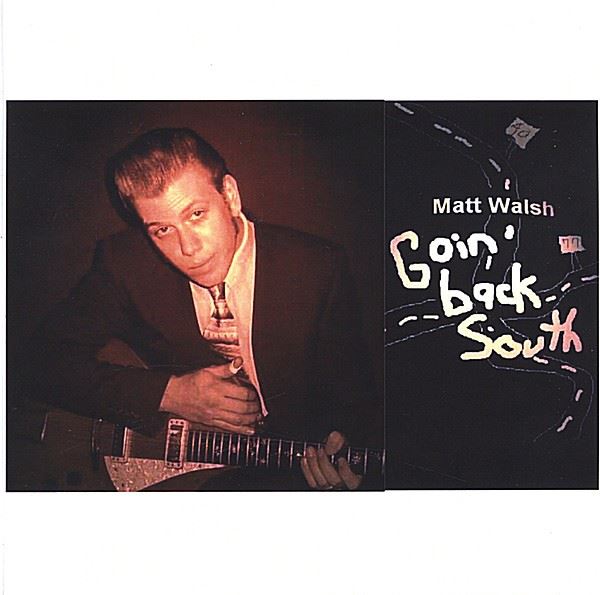 Autobiography
Here's my story straight ahead and to the point without trying to convince you that I'm the next Blues messiah. I'd rather paint an accurate and honest picture of myself for you, instead of some cliche that usually relies on heavy hype and empty sensationalism...besides that, hey, it's just personable.
I was born in Statesville, North Carolina in 1977 and I had leanings towards music at an early age. When I was five, I loved the novelty band Sha Na Na and I used to imitate their show by putting grease in my hair and using a vacum cleaner hose for a microphone.
I still can remember my grandfather telling me that " A little dab will do you", when I put the grease in my hair to assume the role. The fascination I had with this and with other types of music I heard, grew over the years, and I was always anxious as a kid when I heard a sound that was different or foriegn to me. My mother encouraged my appreciation for this, and many other artistic outlets that I found. But my real education began with my late uncle.

Thanks to my uncle Cary, I got hip to a lot of musicians in my preteen years. These included Jimi Hendrix, Peter Green's Fleetwood Mac, Canned Heat, Chuck Berry, Johnny Winter and the Rolling Stones. Keith Richards was and still is one of my musical idols. These musicians were a road map to the music that I grew to love the most. But at this time I had no idea that the rock music I had come to love, was rooted in something much deeper...the Blues. I can give the credit for that to my uncle Cary as well. He was not a musician by any means, but he did know a lot about music. Ever meet someone like that? Ever heard of someone with a story like this? Probably.
I was to find out just how deep Cary's knowledge was one summer when I was 13 years old. As I approached his house on that day, I heard a raw, primal Blues sound coming from his front poarch. It was the music of the Chicago Blues legend, Muddy Waters. My conception of Blues, music, and life was changed a lot at that moment and after it. I was fascinated and immediatley obsessed with what I had heard and Cary could see it. He dropped some names like Lightnin' Hopkins, Robert Johnson, Howlin' Wolf and Albert King and off I went.
At the same time I was lucky to find that my pulic library housed records by Johnny Shines, Jimmy Reed with Eddie Taylor, Jimmy Rogers, T-Bone Walker, Bukka White and a slew of other Blues masters. Then, I guess fate had it that me and my mother rented a space at a local flea market to sell some of our junk. I met a man there who was kind enough to sell me my first guitar ( a 70's electric Hondo ) for $25. Rather than going to the prom or attending football games with a date, I chose to put on a thumb pick and wear a metal slide on my pinky. My goal was to try to learn how to play the deep Blues that my new idols did. My first experience learning to play Blues was like being with a no good, wrong doing woman in one of its many songs...It took a lot of time, hard work and patience. These days it still takes that, except you can add sacrafice, no sleep, buisness, a tough market to break into, and creativity to the list.
So I can tell you that I didn't go hitch hiking with some long forgotten Bluesman like the movie 'Crossroads'. Nor did I go to prison and get pardoned for my my musical talents. I didn't even pour chicken blood on me and meet the Devil at a crossroads at midnight. Given the chance in my deviant youth I may have, but my mother set a curfew that made these activities nearly impossible. To be honest, I just spent a lot of time listening to all kinds of Blues and working on my guitar playing. I don't read music either.
Around the age of 13 or 14, I met a local Blues guitar player named Max Drake. Max is a professional musician who with his very successful band, Arhoolie, did shows for 15 years with Blues greats like B.B. King, Robert Cray, Lightnin' Hopkins, Carey Bell, Freddy King and many more. He just recently finished a four year stint as the lead guitar player for Big Bill Morganfield's band ( son of Muddy Waters ). I found that Max was an encyclopedia of Blues guitar, and he took me under his wing. He showed me enough of the rudiments of Blues guitar, that I could go off on my own and find my own way and style. He was also kind enough to pose as an uncle or whatever to get me into clubs to watch him play when I was way to young to do so. These days we gig together from time to time. If something goes wrong with my navagation, bookings, plans etc when we play, Max will inevitably say " I taught him how to make an E chord. I didn't teach him the other stuff ".