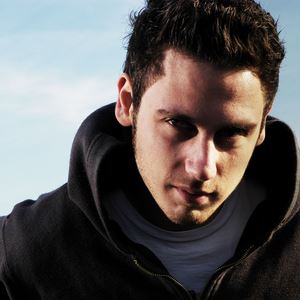 Mason is the name of several very different musical projects:
1 Mason is a Dutch electro house duo comprised of Iason Chronis (born April 17, 1982) and Coen Berrier (born December 23, 1983). They make the kind of records that often defy being pigeon-holed and given a label. DJ lason's classical violin training, love of diverse music and studio skills are complemented by live partner, Coen, who plays synths (esp. vintage ones) and sings. They create a wide spectrum of sounds both in the studio and live.Their productions have been destroying dance floors and garnering critical acclaim since 2006 when they scored a UK hit with 'Exceeder'. They have released music on numerous electronic music labels, such as Great Stuff Recordings, Mute and Pickadoll Music, and remixed artists such as Moby, Robyn and Gabriella Cilmi. In 2008 Mason launched their own label 'Animal Language'. In 2011 they released the debut album 'They Are Among Us', which featured collaborations with Roisin Murphy, DMC, Sam Sparro, Kurtis Blow and Aqualung. In 2014 the second Mason album 'ZOA' was released, featuring Jocelyn Brown, Rouge Mary (Hercules & Love Affair) and many other feature artists. They also had chart success in the Netherlands and Belgium with their interpretation of classic 60s song, Runaway
1. Since the late 90’s Mason has been an integral part of the Philadelphia music scene and a pioneer in the expansion and movement of American Drum & Bass. Mason exploded into the international arena in 2002 with his signing of ‘Ruff, Rugged and Raw ft. Armanni Reign’ to Dylan’s Freak Recordings. In 2004 Goldie welcomed him into the Metalheadz family along with Dstar, Trust, Armanni Reign and Sharpness. Mason has since had releases on Hardware, Barcode, Intasound, East Side, Penetration and many more.
www.soundcloud.com/TheOriginalMason
2. The stage name of the Dutch music producer duo Iason Chronis (born April 17, 1982) and Coen Berrier (born December 23, 1983). They had a number one on the UK Dance Chart in 2007 with their track Exceeder.
www.myspace.com/musicofmason
3. A post-hardcore band from West Palm Beach, Florida. Their debut EP, Just Shake Hands, was released in March of 2005, and their first full-length, You Were Supposed To Be Beautiful, in October of the same year. Originally consisting of five members, the band went on hiatus in 2007 before reforming early in 2010 as a four-piece band, including three of the original members.
www.myspace.com/wearemason
4. A late-sixties psychedelic rock group. Formed in Virgina in 1969, this power-trio shared the same stomping grounds as Short Cross in the Richmond-Norfolk-Virginia Beach area. Their only release, the eponymous heavy rock album, has now become a minor collectible.
5. A singer/songwriter raised in Grand Rapids, Michigan, who began signing and writing songs at an early age. He released his debut album Big City in early 2006.
www.masonmusic.net
6. A guitarist from Boston who released the album Cannibal Kings in 2005.
www.myspace.com/masonguitarmason
7. Producer Kae Williams Jr., who released two 12-inch records of garage house music in the second half of the eighties: "Pour it On" and "Double-X-Posure."
8. Mason (got mason), lyricist/songwriter from Philadelphia. He’s mastered a sound that seems to draw from nearly every genre and create a hip hop blend. Released a Got Mason Mixtape 2009, 6CESSS Mixtape 2010, 6CESSS 2 Mixtape 2011, CandyFlippin EP (Fall 2011) [www.gotmason.com]
9. Mason are a thrash metal band from Melbourne, Australia.
https://www.facebook.com/masonofficialmetal/info?tab=page_info