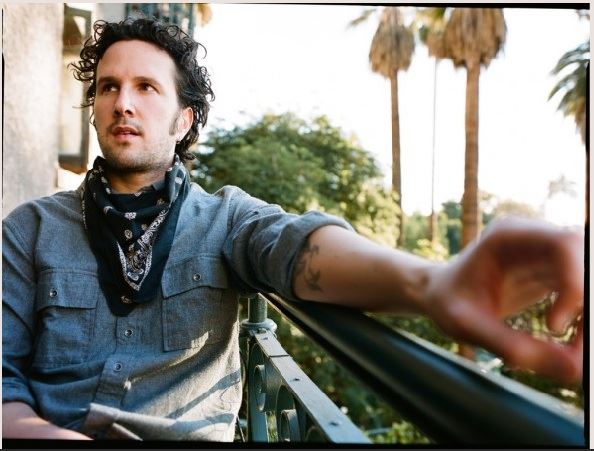 Mason Jennings (born March 19, 1975 in Honolulu, Hawaii) is an American pop-folk singer-songwriter currently based in Minnesota. He is well known for his simple yet catchy melodies, intimate lyrics, literary and historical themes, and distinctive voice. His music has appeared in the surf film "Shelter".
Born in Hawaii, Jennings moved with his family to Pittsburgh, Pennsylvania, at an early age. Jennings learned to play guitar at the age of 13, when he began writing songs. Jennings later dropped out of school and moved to Minneapolis, Minnesota to pursue his musical career.
Jennings produced his self-titled debut album in 1997 on an analog four-track in the basement of a rented home, manning all instruments himself. In October 1998, after bringing drummer Chris Stock and bassist Robert Skoro on board, he began a weekly gig at Minneapolis' 400 Bar as the Mason Jennings Band. Garnering local praise and a wide fan base, Mason began touring nationally.
His 2000 album Birds Flying Away revealed Jennings' political activism and penchant for singing first-person narratives of imaginary rustic characters. Following the release of this album, Noah Levy took over drumming duties from Stock.
2002 saw the release of two albums: the studio piece Century Spring and a "fans only" collection of acoustic rarities, Simple Life. An EP supporting Century Spring was also released, featuring the album's opening track, "Living In The Moment," two live tracks, and the previously-unreleased "Emperor Ashoka." Jennings released all three discs -- and re-released his earlier albums -- on his homebrewed record label, Architect Records.
In 2003, Skoro and Levy left the band (the former to pursue a solo career), and were replaced by bassist Chris Morrissey (formerly of Bill Mike Band) and drummer Brian Mcleod.
On 10 February 2004, Jennings released Use Your Voice, which notably included the songs "Keepin' It Real," a foot-stomper ostensibly written at the request of Shrek 2 producers (but not used in the film), and "The Ballad of Paul and Sheila," an acoustic dirge for late Minnesota senator Paul Wellstone. On the 30th, September of that year, the band released a DVD entitled Use Your Van, which chronicled the recording of Use Your Voice and part of the promotional tour. The DVD was filmed by Andy Grund.
On June 17, 2005, news broke that Jennings had finally signed with a major label: Glacial Pace, a subsidiary of Sony's Epic Records headed by Modest Mouse frontman Isaac Brock. Minnesota's Star Tribune broke the story, and credited Brock with convincing Jennings to sign after the Mason Jennings Band had opened for several Modest Mouse shows in 2004. Jennings had long avoided the major labels, citing desires to maintain creative control and dodge big-label politics.
Jennings recorded his sixth album, "Boneclouds," at Pachyderm Studio in Cannon Falls, MN. The album was released on May 16, 2006 by Glacial Pace.
After considerable success on "Boneclouds", Jennings released his seventh full length album "In the Ever" in 2008. The album was released under Jack Johnson's "Brushfire Records".
In September 2009, Blood of Man was released on CD and vinyl format. In late 2010, Live at First Ave., his first ever live album, was released.