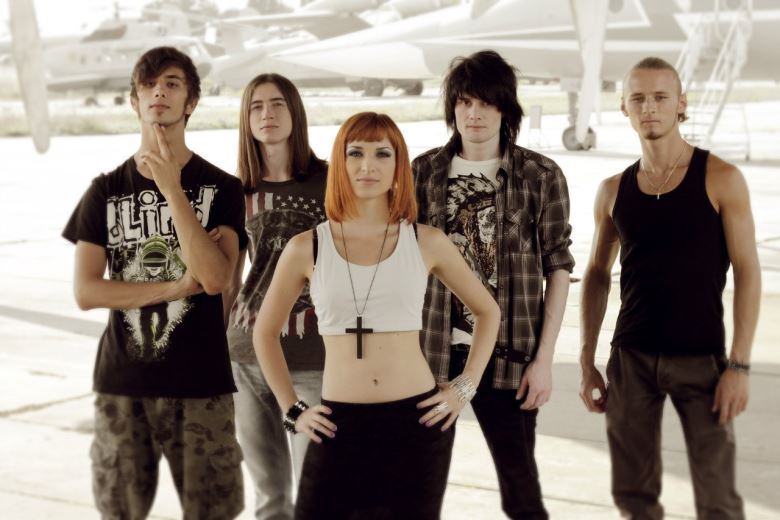 There is more than one artist with this name:
1) marvel - (www.myspace.com/marveljersey).
Marvel make blisteringly exciting dance music. Fusing the attitude of Refused to the unhinged performance spirit of At The Drive-in, Marvel stage an apocalyptic barbershop dance party for the 2010s. They sing: you cant have heard a sound like this before. You better believe it.
Using abrasive guitars and dirty industrial synths, Marvel create massive, full-pelt dance punk anthems. They are just as likely to insight a mass sing-along, as they are to start a riot. Big choruses brimming with heart balance their unstoppable freight train riffing. It takes a talented band to wreak musical chaos yet still maintain catchiness and accessibility.
2) MARVEL - (www.myspace.com/marvelua).
MARVEL - alternative rock band from Kiev (Ukraine) with beautiful female vocals.
Band was formed in Kiev in 2007 and has already gained an army of fans across the country, are actively speaking at various festivals and concerts. In late 2009 the band together with ЯокMusic released first album "In each of us".
Songs in the album performed in Ukrainian and Russian languages, intertwined with each other, they unite the two cultures into one couse "music - is universal human language"
At this stage, the guys are preparing for the tour in support of the album.
3) Märvel, Swedish band.
Marvel consists of the three super heroes Vocalo, Animalizer and The Ambassador. From their headquarters, located in Brooklyn, NYC, they struggle hard to put an end to organized crime and the evil organization SACO led by Dr Spats.
Behind this power trio we find three young guys from Linköping, Sweden; John Steen, Ulrik Bostedt and Tony Samuelsson who founded the band Marvel during their high school exchange year in Colorado, USA., 2002.
After three celebrated vinyl singles (“Marvellous”, New York Power Hitters, 2002; “Heroine Tracks”, New York Power Hitters/Black JuJu/Evergreen Terrace, 2003; “Bedlam At The Embassy”, Black JuJu, 2004) MARVEL released their album Five Smell City early summer 2005 also on Black JuJu. And following up the kind reviews they released their CD EP “Unleashed” in february 2006.
“Five Smell City” shows off the high energy rock ‘n’ roll that has already become Marvel’s trademark. Guided by bands such as Kiss and The Stooges, this young bunch of untamed riff masters with a genuine feel for the groove have already managed to manifest their world domination program. Marvel carelessly avoids all rock clichés known to man so you won’t find any songs about cars, beer and babes. Instead you’ll get to know super heroes with broken hearts, a weather goddess and how small town madness influences the success of a young hungry rock band stuck in a city of five smells. And of course a song about a Swedish tennis star that has had problems finding a decent occupation since he put his racket to rest.
4) Marvel is an hard rock band from Portugal formed by Ivan Almeida (vocals), Ricardo Fernandes (guitar), Joao Paulo (guitar), Jorge Roque (drums) and Miguel Madeira (bass). They released an album in 2003 entitled Everafter.
5) Marvel were a Traditional/heavy metal band from Spain, with only a s/t released album, in 1990. Members were: Antonio Bustamante - Voice, Iván Bustamante - Bass, Álvaro Carayol - Drums, Juan Carayol - Guitar, J.C. Rodríguez - Guitar.
6) Marvel (otherwise known as Aki Määttä) was actually a graphic artist of the demo group Future Crew. The group produced many acclaimed demos, including the ground breaking “Second Reality”. The regular musicians/composers in the group were Skaven (Peter Hajba) and Purple Motion (Jonne Valtonen). Marvel also released some multichannel audio tracks (s3m, screamtracker3) under the Future crew moniker, for example Fantasm (Party '94) and Why Can't You Remember Me (Assembly '93). Interview with Marvel/Aki Määtä is here.