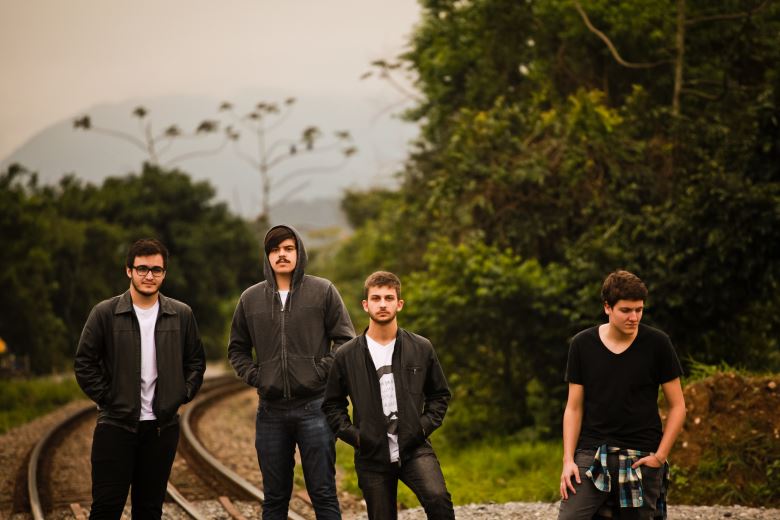 There is more than one artist with this name:
1. Martin Svensson, Sweden
2. Martin (alternative rock band), Brazil
3. Martin Hoberg Hedegaard, Denmark
4. Martin van de Vrugt, The Netherlands
5. Martin (leftfield) London
6. Martin Ricca, Argentina
7. Martin (punk band), United States
1) Martin Svensson is a Swedish singer, musician and author. He made his breakthrough in 1997 with the track "Rymdraket" from his debut album "Pojkdrömmar". In 1999 Martin participated in the Swedish national Eurovision Song Contest with the song "(Du ar sa) Yeah Yeah, Wow Wow". It became a major hit in Sweden and is included on his second album "En helt vanlig Svensson". During the next few years Martin released two more solo albums: "Lyxproblem och moderna störningar" (2000) and "Martin och Siberien" (2002). In 2003 he started the rock band Nina Rochelle where he plays the guitar.
www.martinsvensson.net
2) Martin(band) is a Brazillian alternative rock band from São Paulo. Formed in 2010, their debut single, #44, was released in 2012 under Mono Records label. Later in 2013 the band released it's first EP entitled De Todos Nesse Mar, which assured the band it's place in the brazilian alternative scene. The band is currently working on it's first studio album, which will be released in July 2014.
www.oficialmartin.com.br
www.facebook.com/oficialmartin
3) Martin Hoberg Hedegaard (born October 9, 1992), also known as simply Martin, is a young Danish singer who recently won the first Danish series of the talent show The X Factor on March 28, 2008. The fact that Martin is just 15 years old makes him the youngest winner of an X Factor series in the history of the show, after the original UK version of the show lowered the age minimum from 16 to 14 in 2007. He sings with a distinctive nasal voice.
Martin was born in the small town Ørum in central Jutland, Denmark, and has spent his whole life there with his mother Gitta, his father Peder, and his two older brothers Anders and Simon. Before participating in X Factor, he took singing lessons, and had a minor role in a school musical. His primary idols are Michael Jackson, Stevie Wonder, Queen and Michael Bublé.
Through the X Factor shows, Martin has continuously been praised by the three X Factor judges. During the auditions, one of the judges, his future mentor Remee, rose from his chair to shake his hand "before he became a superstar". Later during the live shows, Martin became a national idol after singing songs such as 'Kiss From A Rose', 'Rock With You' and 'Somebody To Love'. In addition he has also been praised internationally by Simon Cowell and Queen amongst others. In the final, Martin beat the 23-year-old contestant Laura Arensbak Kjærgaard, with whom he had made good friends.
Martin's debut album, Show The World, was released on 30th May 2008. For now he has released two singles:
'The 1', which was written for the X Factor winner before he/she was appointed. It could be downloaded since the end of the X Factor final, breaking a Danish record after it was downloaded 15,000 times within one week.
'Show The World', which was the first single from the album.
4) Martin van de Vrugt:
"Since 1980 I am writing and playing my own songs. I am a singer and I play on several mostly acoustic guitars and other string-instuments like banjo, mandoline and bass. I am also a harmonica player.
In the early eighties I started playing on the streets of major dutch cities. I was young and not very tall so I had to make quite a show to get attention. These days I am quite 'laid back'. My stage shows are still dynamic and people are often very moved after my concerts.
Alone is just alone so early 2006 Dutch singer/songwriter Mischa Lelieveld and I decided it was time to join forces. For more than three years lots of people told us we should... So you could not only hear us on cd but also see us on stage together. And it's true, the blend of our guitars and vocals is just MAGIC! On october 16th 2007 Mischa gave birth to a boy they named Jasper. Mother and child are well but we won't appear on stage for a while... So or I'm alone on stage these days or with my two "Friends" bassist Hennie van Lunteren and percussionist Alexander Klusman.
I have my own recording-studio so I can work when-ever I like to. Other artists have already found my studio too. I have made some very inspired cd's as an solo artist (january 2001 “Sunset Moonshine”; february 2002 “Redux”; april 2004 “Know Feel”; september 2006 "Count the better Days") and for several other great Dutch artists and bands like VisAge, Jos Wijnen, Sirocco, Pass it On, Rosa Sky, Mischa Lelieveld and Walkin' Bus."
5) Martin
Debut single:
"Free Delivery" NME review:
You have to be a strange sort to embark on a pop career under the name Martin- double strange to debut with an erratic homage to pizza delivery. Yet Renegade Soundwave - sized bass, gargled rapping and a dose of extreme sample overload see him pull it off. like Tricky with his tongue in his cheek and perhaps some anchovies and pepperoni wedged in there as well.
Debut Album:
"Male Caucasian" FACE review:
Constructing his own funkular demi-monde from samples of paul Gambaccini, Jimi Hendrix, Rita,Sue and Bob too, wicked beats a-plenty and his own spoken word diatribes, Skint's Co. Tyrone Tyro reveals himself to be breakbeat noir's gonzo Ivor Cutler. Nice
Last single:
"HighSchool Massacre" FACE review:
Is this record brave or stupid? Harrowing speech samples from live reports of recent US tragedies are lovingly laid over a bittersweet backing to create a jaw-dropping three minutes of raw emotion. Absolutely compulsive listening: whether for the right or wrong reasons is up to you
7) Martin
Punk band from West Chester, PA, United States. Released their debut EP The Worst Part on April 20, 2013.
pat - guitar/vocals
stefan - drums
todd - bass/vocals
http://martinband.bandcamp.com/
https://www.facebook.com/MartinWCPA