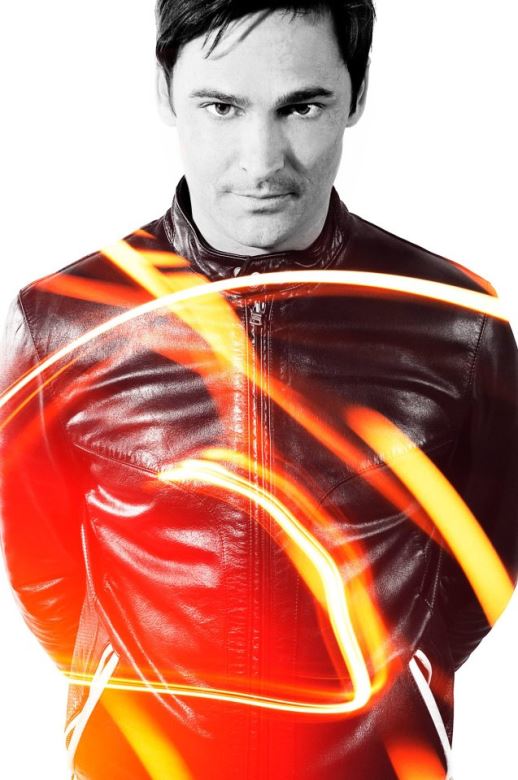 Tipped by DJ Magazines as “one of the fastest rising dj’s on the international scene”, Marc Vedo is a DJ who’s soaring career sees him performing regularly for the biggest names in dance music. Once dubbed by Mixmag as ‘the next Sasha’ for his impeccable mixing technique and pin-up like image, Marc Vedo has gone on to forge a successful career as not only a DJ, but also promoter, radio presenter and most recently as a producer.
Having risen from the South West of England, Marc has been sweeping across the international stage for the last 7 years appearing at many of the worlds leading clubs and brands including Godskitchen, Cream, Gatecrasher, Avalon, Spundae, The Guverment, Passion, The Gallery, and Ministry of Sound. Marc has also appeared a number of esteemed festivals including Glastonbury (150,000 capacity), , Summerdays, Global Gathering (30,000 capacity),Slinky’s WestPoint Arena performing alongside Carl Cox (6000 Capacity), Virgins V2 (60,000), Bug Hole Festival playing along side The Chemical Brothers and Sasha (30,000), Ministry of Sound beach Festival in Mombasa to a crowd size 5000 strong, Homeland’s, and Escape in the park (alongside Tiesto).
Throughout his career Marc has held a number of residencies at major clubs with Naughty but Nice being the first, followed by the legendary Sundissential, KoolWaters, the legendary house brand Miss Moneypennies, Ministry of Sound, Slinky, Dance Academy, 1015 nightclub (San Francisco) and Escape Club. Taking in every continent possible in the past 7 years Marc has captivated crowds in countries as far wide as Kenya, Mauritius, Belgium, Bosnia, USA, Peru, Argentina, Brazil, Chile, Colombia, Canada, China, Egypt, Finland, Germany, Greece, Hungary, Indonesia, Philippines, Taiwan, Singapore, Ibiza, Japan, Netherlands, Portugal, Russia, South Africa, Spain, Sweden and Turkey. One of the bizarre highlights of Marc’s illustrious career is most notable his is invitation to support music legend Boy George’s on his 2003/06 world tour. Headlining many of worlds most prestigious venues the duo embarked on a gruelling 3 year tour across Asia, Russia, Europe, North, Central and South America taking in super clubs like The Guvernment in Toronto, Ageha in Tokyo, Ministry of Sound in Taipei, The Mint Club in Buenos Aires, Aria in Montreal, Spundae in USA. All of which saw Marc’s profile reach unprecedented levels, even doing the grand opening alongside Boy George of the super mall in Jakarta, in front of a TV audience of 100 000 millions people.
Regarded by many as one of the UK’s most talented djs, Marc’s career extends further than simply DJing having had success in recent years with his production work, signed to labels like Blink, Baroque Records, Hed Kandi, Blow Media, Nukleuz and Limit Recordings. His productions have received support from a wide range of DJs and radio shows from Radio 1, Galaxy, Kiss, Paul Van Dyk, Pete Tong, Deep Dish and Sander Kleinenberg. Maturing his sound in recent years Marc’s studio schedule has never been busier. His recent solo effort ‘Time Line’ indicated his talents as a producer. Premiered at Holland’s legendary Trance Energy by Talla 2XLC, the track received such strong support afterwards it led to Gareth Emery’s FiveAM Vibe records promptly snapping up his services. Reflecting the new cutting edge sounds of the international dance scene the original comes loaded with a meaty remix by Mac & Mac. Having been championed by the likes of Paul van Dyk, Judge Jules and Armin Van Buren, the release also received 5/5 reviews across all major dance magazines and websites including DJ Magazine, IDJ Magazine, M8 Magazine and in May 2007 was selected for Dave Pearce’s Delirium complication CD on Ministry of Sound records.
Establishing himself as one of the new breeds of producers in trance/ house circles, Marc’s second release ‘Dirty-Monster’, collaboration with Mike Koglin looks set to add more weight to his rising profile as a producer, with a superb remix coming from producer of the moment Richard Durand (Tiesto Producer to watch out for in 2007), its received 6 Radio 1 plays so far and support for the track is coming from all corners of the dj world. His latest single, a more progressive house number called "Fast track", has just been snapped up by Baroque Records and is due to be release in early 2008. Boy George and Marc are set to release their next joint collaboration in 2008, entitled "Whiteout". The track will feature George on the vocals and the arrangements will be done by Marc.