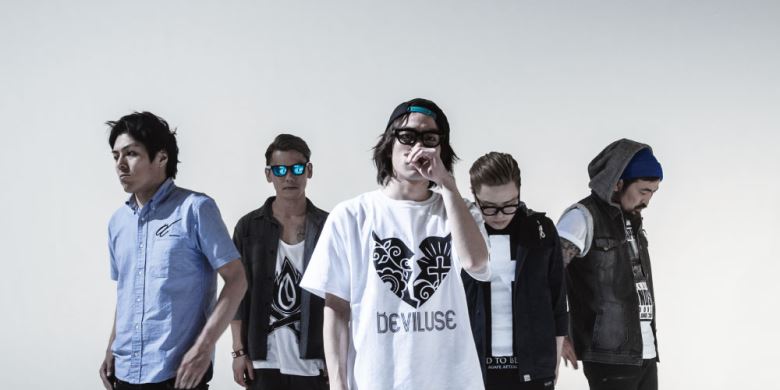 There is more than one artist with this name:
1. Lost is an Italian indie/pop rock band consisting of four boys from Vicenza and Thiene, in northern Italy.
2. Lost is a band from Poland. They are a crust/punk band playing gloomy and slow hardcore. Agnes of Homomilitia sings, her vocal style has been perfected to a deep and dark guttural place, which compliments Lost`s guitar-driven metallic edge. The band has made LOST: Thoughtless /Bez Zastanowienia EP and Fear /Strach LP/CD. LOST is on hiatus right now (since their drummer moved out of the country).
3. ＬＯＳＴ is a band from Japan. Their music has a post hardcore sound to it. Their influance comes from a wide range of bands including: Deftones, Radiohead, Tool, Jimmy Eat World, Glassjaw, The Get Up Kids, Machine Head, 36 Crazyfists, etc. Lost was formed by Zunn, Morinaga, OH-Morry, and Mitui(ex-drummer)in 1998 at an University in Nara. In 2000, Mitui quit the band and T.A.G was inivited as the new drummer. After recording 3 demo tapes and joining 2 compilation albums, their 1st full-album 'Innocence' was recorded 2003-2004, then released in 2004. During tour for 'Innocence', a new member, Yusuke joined the band and bringing Lost upto 5 members. Since Lost released this album, they got many chances to play with artists from overseas (such as: Misfits [USA], Cephalic Carnage [USA], Crisis [USA], Dope [USA], Impious [SWEDEN], Mantas [UK], Mnemic [DENMARK], The Killer Barbies [SPAIN], Thine Eyes Bleed [CANADA] and many more). Lost also played shows in Korea during 2004 with Hammer, which they were welcomed by a warm audience and built good relationship with people there. In 2006, LOST toured with PIANO(UK) at 9 venues and moreover, LOST was chosen as an opening act of “Taste of Chaos 2006” in Osaka and played with Underoath, Saosin, Taking Back Sunday, Anti-Flag and Senses Fail. The Recording of a 2nd Mini album “Unseen Sights” started in the late 2006 and it was released in 2007. In 2008, LOST took a part in a tribute album of a legendary band Taken(USA) and played with them on their reunion tour in Japan. LOST also supported the tour of “The Integral(Canada) at 3 venues. In the same year, Yusuke, Zunn, and Oh-Morry left the band. The left two had a hard time looking for new members but after their hard work, they miraculously found new bassist Yoshida who previouly played in a band fumas and new guitarist Sakamoto who used to play in a band Glitch, with TAG, and “Seasick” but the hardest part of it was finding the best singer, someone even better than ZUNN. Although they felt that the time they spent with some singers in the studio to find the right one felt like forever and was hopeless, it actually took only 3 months to meet new singer, Hiroki who is also the singer of a band, Ikusafire after all. With this latest member, LOST started playing shows in August and recorded a new demo track “Perfection” in 2 months time. In September, Crazy Fest was held and LOST toured with Evergreen Terrace(USA), Across Five Aprils(USA), Hollow Jan(Korea), Nature Living and Evylock. Currently, the new LOST is writing new songs for their upcoming album.
4. Lost Is Steve Bicknell & Nigel Fairman. A Techno/Breaks music duo who had a notable release in 1990 titled "The Gonzo". Simular to early Prodigy.
5. Lost is a dubstep artist from Croydon, the latest addition to the acclaimed HENCH crew.
6. Lost is a German Gothic / love metal band.
(PLEASE READ) LOST can often incorrectly be scrobbled as itunes episodes of the ABC tv series.
(If you’re here due to the TV show, do last.fm and yourself a favor, fix your artist tags by putting the actual artist/"podcaster" name in the artist field.)