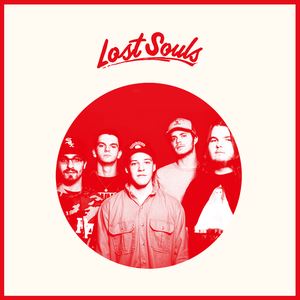 1) English Psychobilly.
2) Industrial/Thrash-Metal Band from Sweden, has been active 1991-1998. They released 3 albums: Never Promised You A Rosegarden (1994), Closeyoureyesanditwonthurt (1996) and Fracture (1998). After their split-up they reformed 2000 as Inrage.
3) UK Hip-hop group that featured emcees Witchdoctor Wise, HP and Dan Fresh as well as others.
4) Hip-Hop ensemble made up of members from across the United States but based in Utah.
The American Hip-Hop group 'the Lost Souls' had its origins in Pittsburgh, PA in the mid 1990s as a two man group made up of Smokey Gripp and Buck Fiddy. Smokey Gripp enlisted in the US Air Force in 2000 and was stationed in Hill AFB, Utah in 2001. While there he met other airmen who were also emcees from across the country. The crew expanded to included Loco Black from Baltimore Maryland, Lite Assassin from Oxnard California and Jeff Taylor from Buffalo New York. They found a recording studio owned by emcee and producerIll Poet. While recording their CD, they met some of the other Artists on the Water Mark Records Label such as SpitSoFrantic from West Virginia, Young Prod from originally from California and Socratese. After making informal collaborations with each other they quickly realized that their incredibly diverse individual styles made for one of the most original sounds in hip-hop. Thusly the Lost Souls crew expanded to include nearly all the artists under the Water Mark Records Label.
5) Hip-Hop duo coming from the Bronx, NY.
Dennel and Nero Gima.
Nelson Gonzalez,better known as Nero Gima, is a 19 year old producer/rapper from the Bronx, NY. Along with friend and collaborator Dennel, he is one half of the duo The Lost Souls. He is also a member of the hip hop collective NuZulu. As a full time student at Stony Brook University, he balances his academics and music to achieve his dream of being a critically acclaimed hip hop artist. Growing up Nero Gima was exposed to a great number of musical genres, ranging from jazz, soul, funk, merenge, bachata, metal, post-rock, hip hop and reggaeton. His love for music during his formative years led him to experiment with music production at age 12, when his cousin told him about FL Studio, a digital audio workstation. For the next couple of years Nero Gima has worked constantly to develop his production by trying many different genres of music, mainly electronic dance music and reggaeton. As the years went by he decided to start making hip hop, as that has always been his favorite genre of music. Drawing inspiration from producers Pete Rock, Kanye West, J Dilla, Madlib, The Alchemist, RZA, Aphex Twin, Flying Lotus and Samiyam, he has developed a distinct sound that is reminiscent of the aforementioned producers while blending in his own qualities. He also draws influence from artists of other genres, such as Big Brother & The Holding Company,The Talking Heads, The Smiths,The Doors, Radiohead, Massive Attack, and Portishead. With his very eclectic taste in music, Nero Gima takes elements of classic rock, new wave rock, trip hop, hip hop, and electronic music and incorporates them into his production, which gives him a very progressive sound. In August 2011, Nero Gima released the Curse of Nero, a 19 track instrumental hip hop mixtape that is reminiscent of the golden era of hip hop. Currently Nero Gima is working on The Magnificent, the solo debut of the Warrior Monks' Sulaymon. He is also handling the majority of the production on the NuZulu projects and on all Lost Soul projects.
Dennel Cabral, who goes by Dennel for his stage name, is a 19 year old rapper from the Bronx and Harlem, NY. His and Nero Gima's passion for hip hop led to the duo forming the Lost Souls in early 2011. Dennel coined the name of NuZulu when the collective was formed with the Warrior Monks and Hivemind during the summer of 2011. Balancing his academics at CCNY with his artistic development, he strives to become a renown hip hop artist. Growing up Dennel was drawn to golden age hip hop in particular, hiding his love for the genre from his parents by also listening to the merengue, bachata, salsa, reggae, and reggaeton of their Caribbean heritage. He later expanded his musical horizons to include jazz, electronic, and soul. In his early teenage years, Dennel delved and specialized into hip hop almost exclusively. He studiously listened to his favorite artists and their various takes on essential rapping elements. Influenced by; Nas, GZA, Big L, Biggie Smalls, Jeru the Damaja, AZ, A Tribe Called Quest, C.L. Smooth, Redman, Method Man, Eminem, 50 Cent, DMX, Masta Ace, Rakim, Mobb Deep, Tupac, Outkast, Bronx artists KRS-One, Big Pun, Kool Keith; and later artists MF DOOM, Little Brother, Lupe Fiasco, Curren$y, and countless others, Dennel rhymes with a fusion of golden age lyrical prowess and modern day flow. With guest appearances on the upcoming Warrior Monks' Sulaymon's solo debut album The Magnificent, listeners are sure to hear a glimpse of a new artist they will enjoy. Along with a NuZulu self titled collective mixtape and the Lost Soul mixtape Sour Dreams in the works, listeners will soon learn about this Bronx native's unique perspective on his birth place's genre.
6) 2015 started project of Guitarist Takmi from R E M N A N T .
Band line-up:
Vahl-R:Voice (Terminal Front,from Italy)
KALM:Composition(KALMIA,from Japan)
Takmi:Composition( R E M N A N T ,from Japan)