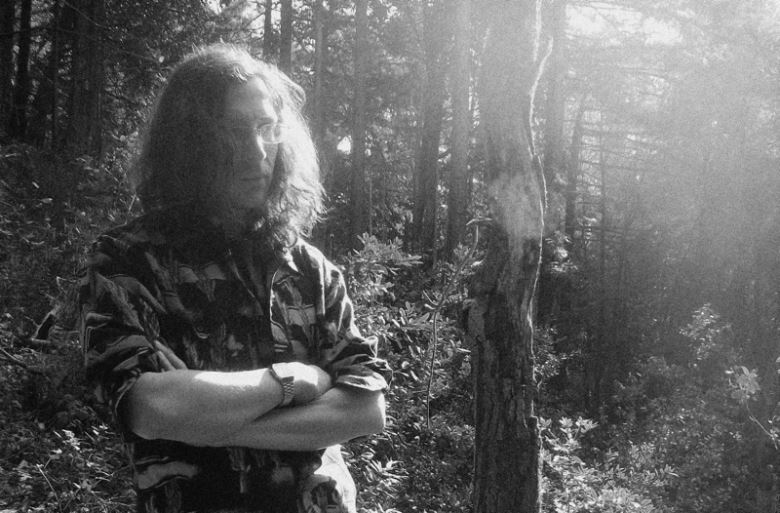 Legowelt is the name under which Danny Wolfers (aka Danny Blanco) releases most of his music. The music is a hybrid form of slam jack electronix combined with deep chicago trax, obscure & romantic ghetto technofunk, EuroHorror Soundtracks, Italo disco and such.
Legowelt began producing music in the early '90s when the adolescent schoolboy came in sporadic contact with the sounds of Detroit's Underground Resistance, Model 500, Blake Baxter and Chicago heroes such as Farley Jackmaster Funk, Armando Gallop and mr.Fingers. Later on this palette of influences grew with early Mu-Ziq, Aphex Twin, Drexciya, various stuff from The Irdial Discs label and virtually every type of freaked deep music he could get his hands on.
But nothing had quite the influence of when he first heard a band called 'Unit Moebius' on the radio. A punky palette of RAW freaked out Lo-fi chicago trax and deep detroit jams made with machines which were found next to the garbage can. Shocked in awe he heard that this music came out of The Hague, Holland, the very same city he lived in! Put on the right track by this fact he stumbled into the Bunker Records office and discoverd a world of contemporary autistic freaked music lovers who looked beyond all the bland house and dance music that ruled the media and clubs. Musical mentors such as IF and Melvin White (aka pametex) lectured him with even more unknown sounds such as early electro and the obscure pre-1983 Italian disco which production secrets were closely studied. In 1998 Bunker released the first vinyl of Legowelt : Pimpshifter, a 6 track mingled Italo Chicago combi which became an instant cult hit with tracks such as 'Sturmvogel' and 'Total Pussy Control'.
Other aliases under which Danny Wolfers has produced records include Africa Jet Band, Catnip (with Luke Eargoggle), The Chicago Shags, Legowelt vs. Orgue Electronique & Macho Cat Garage (with Orgue Electronique), Dickie Smabers & The Moerwijk Crew, Florenza Mavelli, Franz Falckenhaus, Gladio, Klaus Weltman, Los Hermanos Rodriguez (with Guy Tavares of Unit Moebius/Orange Sunshine), Mr. Clavio (with TLR), Nacho Patrol, Phalangius, Polarius, Raheem Hershel, Salamandos, Sammy Osmo, Smackos, Smackulator (with Grackle), Squadra Blanco, Twilight Moose, and Venom 18, among other collaborations.
Already a few years in the business, Legowelt has released a dozen or so projects on various formats, most of them released through Bunker Records and Legowelt's own label, Strange Life Records, both based in The Hague, Holland.
Legowelt's best known track is probably "Disco Rout", which was voted track of the year in 2002 by german magazine Groove.