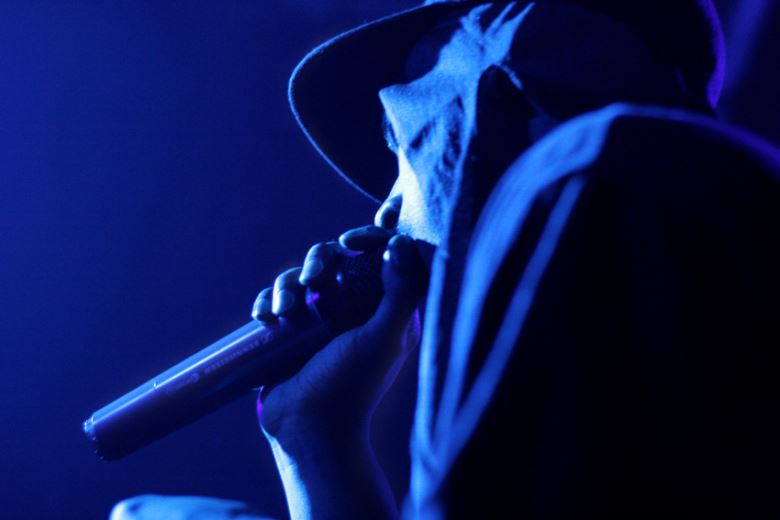 Darren Kandler, also known as Ricochet Klashnekoff or just Klashnekoff (pronounced K-Lash-Nek-Off), is a British rapper who was born in Hornsey, North London, and later moved to Hackney, East London. He was the founding member of the Terra Firma Crew along side Skriblah, D.Ablo, Diamond Ruff and Smasher (www.last.fm/music/Terra+Firma). Klashnekoff is one of the freshest talents on the UK Hip Hop scene at the moment and is on his way to the top of the game. He is currently working hard on his own album and The debut Terrafirma Album (following the critically acclaimed mix tape THE FOUNDATION) both of which will be released in 2009. Before the rap game he was into acting but he started writing rhymes at the tender age of ten, way before rap became the cool thing to do. It was a form of expression to help him to express problems that he was experiencing. In addition, his west-Indian roots have proved to be a strong influence on his music. Klashnekoff still uses his skills to express his life experiences in Hackney and how society influences and affect him and others. The conscious MC is named after a Russian gun, but the reason he chose this stage name Klashnekoff is because to him it represented a freedom symbol. Through the news on TV, he saw these little child soldiers in Afghanistan, Zimbabwe and Dafur with their little Klashnekoffs guns what it meant to them. He believes the gun was "their way to be free because voting wasn’t working, talking wasn’t working and so they use their Klashnekoff." He seem to think this gun was instrumental in a lot of revolutionary situations. "As well as being a killer, it’s also a protector. He believes that rather than the kids in UK having to pick up a Klashnekoff gun, they can pick up a Klashnekoff album and vent through that. As a conscious MC, Klashnekoff was still able to achieve critical praise and some commercial success with the release of a number of singles such as It's Murda and the album Sagas of Klashnekoff.
His debut album The Sagas Of..., includes the singles "Murda", "Zero", "All I Got" and "Black Rose'". His latest album, Lionheart: Tussle with the Beast, was released on 26 February 2007.
Klasnekoff is one of the most recognizable artists in the U.K. hip-hop or Grime scene. He was nominated for the 2007 BET award for best U.K. Hip-Hop artist, alongside Kano(winner), JME, Lethal B, Wiley, and Dizzee Rascal.
Klashnekoff claims inspiration from a variety of rap artists from both the UK and the US, as well major reggae and dancehall artists from the Carribean.
On his official myspace page he gives a list of people who were his inspirations. He lists Wu Tang Clan, Rass Kass, Xzibit (in the "eary dayz"), Killer Priest, Buck Shot, 2Pac, Canibal Ox, Saigon, Onyx, Snoop, Biggie, MF Doom, Ice Cube, Dead Prez, Big Pun, Anti Pop, Outkast, Kool G Rap, Sonz of man, Kurupt, Ice T, Busta Rhymes, Public Enemy, the D.O.C., Ludacris, Mos def, Talib Kweli, Kanye West, Uncle Murda, Silver Bullet, Da Force, Bid Daddy Kane, Faze 1, Super Cat, Ninja Man, Pinchers, Big Youth, Burning Spear, Pappa San, Cutty Ranks, Nitty Gritty, Damien Marley (and "of cors his dad"), I Wayne, Capelton, Merceless, Vibes Kartel, Spragga Benz, Radio Head, Super Grass, Sound Garden, David Bowie, Jimmy Hendrix, Tthe Prodigy, Stevie Wonder!!, Marvin Gaye, Music Soul Child, Jill Scott, Loose Ends, Al Green ("bad man"), Jamie Fox, Guy ("u dont kno") Soul 2 Soul, Don E ("vet"), Omar ("vet")