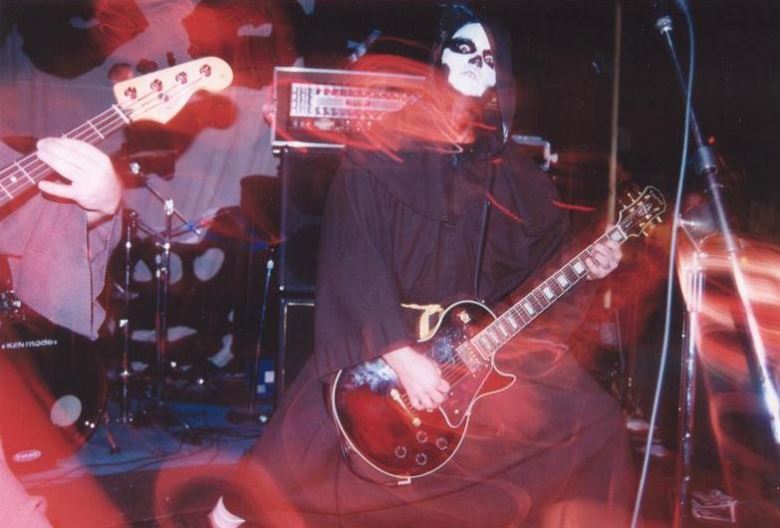 KEN mode is a Juno award winning noise rock influenced metallic hardcore band from Winnipeg, Manitoba, Canada that was formed in Sept, 1999.
Formed in 1999 by Royal Conservatory of Music trained musicians Jesse Matthewson, Shane Matthewson, CA, and long-time friend Darryl Laxdal (bass), the group released several demos from 1999 to 2003, leading to the release of their debut full length Mongrel on Escape Artist Records.
Several tours followed with the likes of Relapse Records' The End ,Sulaco and American Heritage in addition to regional dates with Mastodon, Burnt By The Sun, Anodyne, Pelican, Harkonen, Breather Resist, The Dream is Dead, Psyopus, Daughters, and Buried Inside across the Midwestern and East Coast United States, and throughout Canada. In 2004 Laxdal left the band, only to rejoin in 2005 to finish the band's follow-up record Reprisal, released in 2006 on CD by Escape Artist Records, and on double-LP by No List Records. After the recording of Reprisal Laxdal and the band parted ways again.Picking up bass duties after Laxdal's departure was Drew Johnston (guitarist in Electro Quarterstaff) who also played with Jesse, Shane and Darryl in Hide Your Daughters.
In October 2006 the band took part in the "Exclaim! Magazine Aggressive Tendencies Tour" with Pelican and Daughters across Canada. Bass duties were handled by former Kittens and Projektor member Jahmeel Russell who also played with Jesse, Shane and Drew in Hide Your Daughters.
KEN mode went on to work with Jahmeel for the band's third full-length, Mennonite, which was released in July 2008 on CD by Jesse Matthewson's own label, Arctodus Records, and on 3x7" vinyl by No List Records.
Prior to releasing Mennonite, Chad Tremblay joined the band as their fourth bassist in two years. The band embarked on a European tour with Welsh rockers Taint. Chad would go on to direct the band's debut music video for the song "Extending Common Courtesy Throughout The Evening" from their Mennonite album.
In 2010 the band announced that Profound Lore Records will release its fourth full length album, titled Venerable, to be recorded August 2010 with Kurt Ballou of Converge. They also announced several North American tours with Gaza, Engineer, Rosetta, Buried Inside, Wolvhammer, Clinging To The Trees Of A Forest Fire, and others. Venerable was released March 15, 2011 surrounded by an 8 week North American tour, joining forces with the likes of Black Breath, Fuck the Facts and Khann. An unrelenting tour schedule followed for the bulk of 2011 and 2012: June 2011 in the US with Deafheaven; June 19, 2011 the band played the Hellfest (French music festival) Open Air festival in Clisson France; July/August 2011 in the Midwestern US and Eastern Canada with the Great Sabatini; Sept/Oct 2011 in the US with the Atlas Moth; an extensive European run with Kylesa and Circle Takes The Square in Jan/Feb 2012; and a full North American tour sponsored by Scion with Revocation and A Life Once Lost in Oct/Nov 2012.
On March 31, 2012 Venerable won the inaugural Heavy Metal/Hard Music Album of the Year Juno Award in Canada. Venerable was also nominated for Rock Album of the Year by the Western Canadian Music Awards.
In addition to the non-stop touring cycle for ‘Venerable’, KEN mode went through three bassists before finally enlisting former Khann guitarist and songwriter Andrew LaCour, who would both tour with the band from July 2011 onward and contribute to the writing of their 5th album, ‘Entrench’.
November 2012 saw the band sign a worldwide deal with Season of Mist Records to release its fifth album, who they’d spent Sept and October recording and mixing with Matt Bayles (Mastodon, Isis, Minus the Bear, Botch, etc).