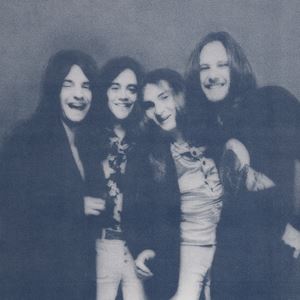 There are multiple artists called Jump, with styles as different as house, progressive rock, indie and gabber.
1. JUMP is a band from England that started out in 1990 in Buckinghamshire, at that point in time consisting of Andy Barker (drums), Mo (keyboards), Hugh Gascoyne (bass), Steve Hayes (guitars), Pete Davies (guitars) and John Dexter Jones (vocals).
The band started doing the live circuit, and released three studio albums in quick succession on independent label Salad Records - "The Winds of Change" (1991), "World of Wonder" (1993), "...and All the King's Men" (1994).
They have established themselves as a decent live and studio act, and gained lots of attention by playing with many different acts. This led to the band being offered a record deal by progressive rock specialist label Cyclops Records, and that Mark Kelly of Marillion offered to produce their fourth studio album, "The Myth of Independence", released in 1995.
1998 saw the release of "Living in a Promised Land", and one year later the live album "The Freedom Train" was issued. Bass player Hugh Gascoyne left the band and was replaced by Andy Faulkner.
With this line-up change they continued were they left off, releasing three more studio albums. "Matthew" (2000), "On Impulse" (2001) and "Home Songs" (2003) were created in between live gigs and tours.
Pete Davies left the band and Steve 'Ronnie' Rundle took over the string duties. At the same time the band left Cyclops Records, all future productions by this outfit now being issued by Den-Tel Records.
The studio productions "A Man Was Made" saw the light in 2004, "Faithful Faithless" saw the light in 2005, and in 2006 it was time for the band's second live album "Something of the Night".
2008 saw the release of an EP with 3 new compositions, named "The New EP", and several live shows as a full band or acoustic trio were scheduled throughout the year.
In the almost twenty years this outfit have existed, they have done more than 1000 live shows, have opened for a plethora of acts in the British prog and rock scene, and have also introduced their own audience to up and coming acts which later have achieved critical or commercial success; such as Karnataka, Mostly Autumn, Dead Like Harry, White Buffalo, Lorien, S.A.D., ...
2. Originally called Jump, Little Children, Jump changed their name before their final full release "Between the Dim and the Dark" in 2004. Most of the band's fans referred to the group simply as "Jump" and the band decided to embrace the name.
The band formed in 1991 in Charleston, South Carolina. Their final show took place on December 30, 2005.
3. Jump is a house/club act called Jump comprised of Andrew Grimwood, John Viney, Marc Kelly & Paul Kelly. They are best known for their track Funkatarium, released in 1993.