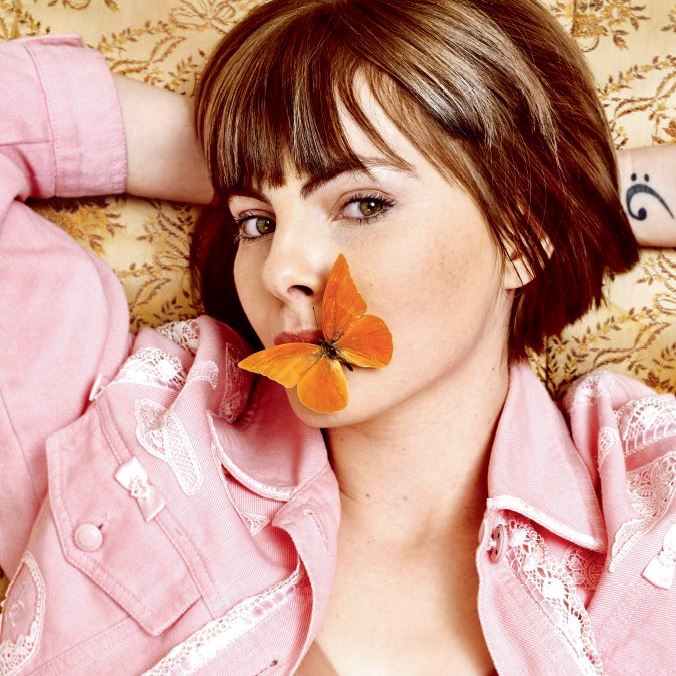 Julia Marcell is a singer-songwriter from Poland who currently resides in Germany.
Julia Marcell composed since she was 14 years old, and circa 2007 she learned how to play the piano. In 2007 she released her first album, the extended play Storm EP, which featured piano oriented compositions with string arrangements.
In October 2007, with the help of fans around the world, she obtained a sum of US$ 50,000 (through the website Sellaband) in order to record her first studio album. Titled It Might Like You, it was released in Germany in 2009, and was produced by Moses Schneider, who previously worked with such bands as Beatsteaks, Kreator and Tocotronic.
In 2008, Marcell sang a duet with Cuban American dark cabaret singer Voltaire, named "This Sea". The song appears on his album To the Bottom of the Sea. In this same album, Voltaire makes a cover of her song "Accordion Player".
Since 2010 Marcell is extensively touring Poland, Germany, Czech Republic, Finland, Japan and the U.S.A.
On September 30, 2011, she released a second studio album, entitled June, which brought a big change in style and saw Marcell playing with rhythm and expanding her sound with the addition of electronic instruments. June's first single, "Matrioszka", was released on August 7, 2011. The music video for "Matrioszka" was released on August 27, 2011. The second single for June, "CTRL", was released on November 30, 2011. The third single, "I Wanna Get on Fire", was released in June 20, 2012, alongside a music video. For June, Marcell was awarded with the prestigious Paszport Polityki prize in 2011, in the "Popular Music" category, and in 2012 she was nominated to seven Fryderyks, winning one of them.
In 2014, she would collaborate with Voltaire once more, providing additional vocals for the track "The Devil and Mr. Jones", off his album Raised by Bats.
Her third studio album, Sentiments, was released on October 6, 2014. On September 10, 2014, she released a music video for one of the tracks that would appear on the album, "Manners".
Band:
Mandy Ping-Pong - viola, vocals
Thomsen Slowey Merkel - bass
Sebastian Schmidt - drums
Thomas Fietz - drums