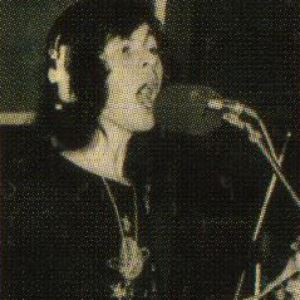 John Verity began his music career in the early 1960's, playing guitar in various local groups around his home town of Bradford, Yorkshire, until he was offered a full time gig with a pro band the ‘Richard Kent Style’. Soon gigging – sometimes twice a night, 7 nights a week all across the UK and Europe, the band became tight in the way that only a hard working band can.
‘My first band with a real rhythm section that sounded as good as the American records we tried to emulate. The band was a six piece complete with brass section, and soon in addition to the R&B material in the set there was some Chicago Blues to get my teeth into - amazing!’
By the spring of 1970 the Kent Style had morphed into ‘Tunnel’. Living and working in the US, doing prestigious support slots with many of the big names of the day including Jimi Hendrix (July 5th 1970 – 2 days after JV’s 21st birthday), Mountain, Canned Heat, Savoy Brown, and Janis Joplin. Very soon, Tunnel would morph into the very first John Verity Band, formed in Miami later that year. On his return to England in 1971, John secured a contract with producer Steve Rowland to record his first solo album for ABC/Probe records, 'John Verity Band', which was released in the spring of 1973.
Whilst on tour promoting the album, JV was spotted by Rod Argent who was looking for new lead vocalist for his band following the departure of Russ Ballard. John eventually joined Argent late in 1973 and there followed a period of intense recording and touring until the band decided to come off the road late in 1976. Argent never did go back on the road, and decided to disband, at which point John became involved with various new projects both as Artist and Record Producer.
First of all, along with Bob Henrit and Jim Rodford he formed Phoenix, which soon signed to CBS records. The original line-up recorded the first album and toured Europe before recruiting Ray Minhinnet to share the guitar-playing duties in time for the second album scheduled for release on Rocket Records. During this time Jim Rodford left to join the Kinks, and the line-up remained a 3 piece for the recording of In Full View for Charisma Records. John produced the Phoenix albums and the Charlie album ‘Good Morning America’ as well as the first Saxon album during this time, and decided to divide his time between sessions and record production whilst Bob Henrit teamed up with Jim Rodford once again by joining the Kinks.
The next few years were spent in recording studios throughout the world, producing, playing guitar, or doing backup vocals with various acts including Motorhead, Tank, Ringo Starr, Russ Ballard, Colin Blunstone, Brian Connolly, John Parr, BowWowWow and The Searchers amongst many others, until late in 1981 when PRT Records MD Matt Haywood asked JV to record a comeback album.
By now living in his native Yorkshire, John had built his own 38-track studio achieved by synchronising together 24 and 16 track tape machines - and had moved into full time record production. The Matt Haywood offer meant that JV could get back out on the road again to promote the album, and touring always seemed to bring out fresh ideas... "Interrupted Journey", released under the name Verity in 1982, was highly acclaimed in the UK, USA and Europe and successfully relaunched Johns performing career, as he once again took to the road. John was approached by many big name acts for recording and performing projects during this period - Mike Rutherford of Genesis wrote three songs for inclusion on JV’s next set of recording sessions, and both Keith Emerson and Greg Lake used John on their current recording projects.
The next two albums "Truth Of The Matter" and "Rock Solid" were also well received, and John soon had offers to join various name bands including MSG, Ted Nugent, and Asia which he declined, deciding instead to come off the road to record an album with newly reformed Zombies. This project took the best part of a year and was mostly recorded at Mountain Studios, Montreux, Switzerland and finished in London... After a short break John was soon back on the road again with John Coghlan's Diesel Band (Status Quo), in the UK and Europe, before reforming his own Band for similar venues and recording here in the UK. In 1992 John decided to re-locate, away from his native Yorkshire to rural Bedfordshire and closer to friends from the Argent days.
Since the move south the JV Band gigs have continued as ever, with different line-ups chosen from a shortlist of fine musicians. At the 1994 Manchester Festival "Fender Stratocaster 40th Anniversary" concert, JV guested, along with many Rock Legends past and present including Sonny Curtis, Frankie Miller and Rory Gallagher. Johns performance of "Stay With Me Baby" was one of the high spots of the evening, bringing the capacity crowd at the Manchester Free Trade Hall to its feet!
JV has also done vocal sessions for 3 episodes of the Granada series "Full Stretch", (1991) and another guest spot with the 'Strat Pack', for the Australia Day (1995) celebrations at the Hippodrome in London's West End. 2000 saw a major gigging project with a 32 date UK tour, opening the show on the Jools Holland Sex Jazz and Rock 'n' Roll tour at major venues including Manchester Opera House, Birmingham Symphony Hall, and the London Albert Hall. After this, it was back to his regular gigging routine. Festivals across the UK and mainland Europe, recording and writing sessions keep the man busy
JV always said that live work was his first love and that holds as true today as ever. After playing the Cambridge Rock Festival in the summer of 2009 JV and the band went into the studio once more – The resulting recordings are due for release April 2010: VERITY – A Phoenix Still Rising...