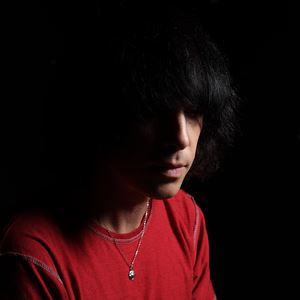 There are at least two artists with the name John Andrews:
1) John Andrews, New York
John " Loudboy " Andrews is a NYC based guitarist, singer and composer. He attended the prestigious New School Jazz program where he very quickly fell in love with the school and the music scene in New York City. He has collaborated with various bands, producers, songwriters, and has been a session guitarist for many albums, commercials, and film. He is also an international touring guitarist. Having performed shows through out the United States, Europe, and Japan.
He is a long time member of New York band Botanica and since 2006 he has been constant member of NENA band.
In 2011 he started his solo project Loudboy and finally introduces himself as talented songwriter and singer in public. His debut album LOUDBOY will be released on 14th October 2011 and consists of 13 songs, featuring his friends Nena and Peter Murphy .
Some of the people he´s performed and or recorded with include: Peter Murphy of Bauhaus , Enrique Iglesias , Angela McCluskey , Morley , Sarah Fimm , David de Graw , Page Hamilton of Helmet , Arnie Lawrence, Alice Smith, Manu Katche, Pino Palladino, Jay Newland, Joe Blaney, Moses Schneider, Martha Redbone, Rene Lopez, Lisa Zane, Sasha Lazard, Pisser, Frankenorange, The Compulsions, Michael Montes, Ken Rich, David Baron, Andrew Sherman, Stuntcycle, Randy Lee, Chris Grace, GSX, Jon Darling and Julia Darling, Miami Relatives, Shaun Barker, Band Of Thieves, and many others. ..
You can visit his offical website, www.loudboy.net

2) i know nothing about other guys with this name.