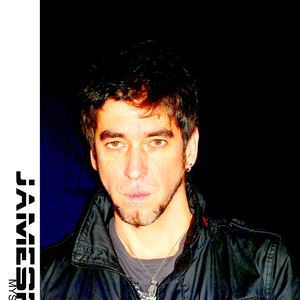 "LOVE, LIFE & ROCK AND ROLL..."
Born in Montreal, raised on Planet Earth, citizen of the Universe...
"ONE WORLD, ONE HUMAN RACE..."
From Montreal to Los Angeles, through France, Japan and New Zealand, JAMESPARKER continues to win hearts & electrify audiences one performance at a time. "Our aim is to play with passion, energy, and with as little pretension as possible in a world awash in posturing". 1
Blending folk punk, melodic rock and insightful lyrics, this solo "woodshedder" (Best Bets, Montreal Gazette) and former frontman/songwriter for L.A. based band Rumbletrain (A.K.A. Rock City Angels - Johnny Depp's legendary band - GEFFEN Records) now introduces a new line-up featuring:
Wild Stevie Johnston: Guitar, Vox (SoJo)
Eric Robitaille: Drums, Percussion, Vox (Hashimoto)
David Ryshpan: Keyboards, Vox (Indigone Trio, Kids Eat Crayons)
Mark Haynes: Bass, Vox (Janet Jackson)
The band is currently preparing to release its first album.
"LOVE IS PUNKER THAN PUNK..."
"Punk was about rebellion. This aphorism reflects my faith in the idea Love is the only way one can rebel against hatred... We have more in common than differences..." 2
"When you change YOUR world, you change THE world..." ™
"One of my objectives is to identify and express some of the experiences that shape the human/spiritual self; it is my hope my journey will allow me to reconcile my past (present), with the man I could become..."
"Freedom is a recurring theme for me. Freewill is the next step... It's only rock and roll, but words have had a huge impact on my thinking and my actions, and I cherish the possibility ideas can still affect us all. It's up to each one of us then to do with those as we choose..." 3
James is a former Outreach and Fundraising program director for Greenpeace Canada, has worked on behalf of Greenpeace International, Amnesty International, MSF, is a founding member of UNIVERSAL PEACE COLLECTIVE or UPC (also known as UP Collective), and is a member of European artist collective ADJOLOLO SYSTEM (France).
BUZZ:
"PRETTY GOOD!!!" Tony Visconti (David Bowie, Morrissey, Lou Reed - Producer)
"I LOVE IT!!!" Steve Thompson (David Bowie, Rolling Stones, Red Hot Chili Peppers, Madonna, Guns N' Roses - Producer)
"STELLAR VOCAL!" Fran Ashcroft (Damon Albarn/Blur/Gorillaz, Lee Mavers/La's - Producer)
"REALLY, QUITE VERY GOOD..." Terry Brown (RUSH - Producer)
"VOICE IS AMAZING!" Shawn Lefebvre (Billy Talent, LA Guns - Engineer, Producer)
"UNTIL THE END OF TIME, best song EVER..." Justin (Myspace Artist Page)
© P 2007-2010, JAMESPARKER.
__________________________________________________________________________
"WHEN YOU CHANGE YOUR WORLD, YOU CHANGE THE WORLD..." ™