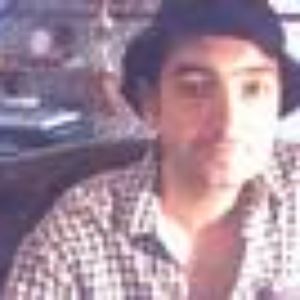 Jah Screechy started to DJ on a sound called Black Lion in Kingsbury North West London with Bikey Dread, but with every opportunity we got, we would go and listen to our favourite sound Sir Coxsone Sound. With a love for Coxsone Sound and what it stood for, Bikey dread left Black Lion sound and joined up with Coxsone Sound along side Gappy Dread. By this time I was going to sound clash Sir Coxsone, Fat Man, King Tubbys, etc. Listening to Bikey Dread on de mic along side General Dan, Livi Roots, Duffus Ire, Gappy, Blacker Dread & Lloyd Coxsone the big man him self. By this time, my love for Coxsone Sound just grew and grew. I started going to the dances very early, helping to bring the sound boxes into the venue, as we all did at one time or another. What a great way to get into the dance for free and listen to your number 1 sound. But I wanted more, I have always wanted to be a DJ, from a little boy growing up in Jamaica (from me eye deh a me knee). But never thought I would make it on Coxsone. I can remember a sound clash at Brixton Town Hall. Sir Coxsone and Jah Shaka, wow what an experience, with de great Blacker Dread (de Dread at de control) an de great Festus Tipper Tone (de king of Dub Rock). And Gappy Dread at de control a mash up de dance with some dub plate from JA. By now I knew most of the sound crew. And as time went on I felt more at ease and was accepted as a member. I got a lot of inspiration from the other DJ’s to hold de mic at de beginning when dance a start and at the end when dance a done. De first time me hold de mike it was scary. Every one a look, boy did I sweat Then I started touring all over England, and some times on de continent with the sound. My name now Jah Screechy, DJ-in along side man like Bikey Dread, General Dan, Duffus Ire. Levi Roots, Tenor Fly (de human teletext) along side Fat Head, and Daddy IP, what a combination. The best time and when you feel good a when you a talk on de mic an de people dem ball forward, pull up, then you know dance nice, my caption is - if you happy an you love it say, screechy, an every body a say you name… I worked along side Dennis Brown. Frankie Paul, Wiley Williams, Delroy Wilson, Sugar Minott, Junior Reed, General Trees, Josey Wales, Half Pint, Barrington Levi, Super Cat, & nough more, trust me, to much name fe call. By now I was well known an established member of Coxsone DJ Jah Screechy Bantan – seen. Now my style of DJ-in was more of a dance hall style, keeping de people moving an rocking. You know, new DJ, new tings new vibes because now all kind of people a come a dance fe hear different kind a music and who but coxsone to provide it. People came from near an far. Coxsone take sound to a next level and I was there, those times were the best times, best times for me any way. You see Coxsone now gone International every body a come a dance Reggae, Soul Socca etc. We took de dance hall by storm. The first tune I did was a DUB plate for Coxsone Sound along side Wiley Williams called Adam an Eve. Coxsone sound was playing in peoples club Paddington, London, dance ram, nough Yard Artist ina de dance Dennis Brown Sugar, minott, Junior Reed nough Artist & nough DJ. To much name fe call. Dance nice, Gappy Dread pan de control, all de mic man dem a wait fe piece of de action. But who pan de mic, me Jah Screechy - pull up Gappy, an come again. At that time Blacker Dread whispered in my ears, Screechy see de new dance ya; Walk & Skank, and in no time Walk & Skank became a phenomenon. My caption was “now harl an pull up, I have a drink I want take a sup – A A bah deh Gwan Next day studio, Blacker re bill de answer tune Peter Chemist mixed it. Walk & Skank took the dance hall by storm and was the making of Jah Screechy; I was the first DJ in England to make a dance hall style. I also recorded Shadow Move featuring Livi Roots & a tune called Hop Scotch on Blacker Dread / S.C.O.M. record label. Walk & Skank has made history, and is still playing in Dance hall & on radio today. Many Artists’ have done remix & cover versions of it. The biggest has been de SL2 on a Ragga Tip, it was fun doing the video. Give thanks to Coxsone Sound So big up General Dan, Duffus, Bikey, Livi, Fat Head, Tenor Fly, Harlsden, Blacker, Festus, Lloyd, Gappy, Copper Neal, and culture Steve, all de box boys – seen, the whole crew. Blessed love to each and every one in the name of his Imperial Majesty Emperor Haile Selassie I, the first, Jah Rasta Fari Jah Screechy back pan de seen an ready fe dem, gawn gawn gawn…….