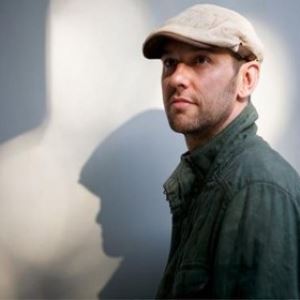 Let's just pause for one second; now, think about all that music that has so
enriched your life down the years. All of it, without fault, and regardless of any
strict genre definitions, is soul music.
If it flicks a switch deep inside you, speaks to you, comforts you and makes you
feel good about yourself, then that, my friend, is soul music. German DJ and producer Henrik Schwarz understands this musical truth more than most.A long-time aficionado of those musical forms that are commonly rooted in some appreciation of this sonic legacy - funk, house, disco, jazz, techno, and yes, the dictionary definition of soul (James Brown, Marvin Gaye, Motown etc, etc) - his adventures into hi-fi are testament to such a fact.And nowhere is this more readily apparent than on Schwarz's latest venture: a much-deserved foray into that Holy Grail of DJ mix albums, !K7's acclaimed DJ Kicks series.
Across 23 tracks, Schwarz enthusiastically takes us on a musical journey that without wanting to get too chin-strokery about it, manages to entertain, enthral and educate all at once. And that he achieves this without losing sight of the style and
sophistication that are the hallmarks of his unique DJ sets and his much praised
productions and remixes is only added grist to his musical mill.
Schwarz's background is jazz: free-flowing, improvisational and inspirational jazz,
the likes of which set the pre-rock'n'roll years alight. And it's this mindset that
initially informs his well-chosen mix.
Rather than go for the latest bunch of tunes that are burning a hole on dancefloors
across the globe, Henrik has paid homage to the music that he has loved down the
years. Consequently, Moondog's jazz classic 'Bird's Lament' sets the scene for the
journey we are about to undertake.When this segues into Double's blissful slice of
Balearica, 'Woman Of The World', it's clear that we are in the hands of a rare
talent. For Henrik Schwarz is a DJ who utilises all the tools of the modern sound
sculptor - his usual sets are comprised of him jamming live via his trusty laptop -
with a reverence for what has gone before. It's no wonder that Gilles Peterson is
such a fan of his productions 'Supravision', 'Chicago', 'Jon' (which is featured
here) and 'Leave My Head Alone Brain', nor that his music is lapped up by
Manchester's hugely influential Electric Chair coterie.
Henrik himself admits that he didn't want to think too much about his mix, rather he
let the music dictate what direction he went in."I just selected the tracks and then
played them," he admits. "It was more about the feeling of the mix, creating those
emotions and combining extremes."Such a case comes when he mixes the minimal techno
of Robert Hood's 'The Core' with an African field recording. It's about creating
layers and textures and in doing so it gives his mix a depth that is truly
awe-inspiring.But this isn't all about intellectual grandstanding. Good times are
audible at every turn: James Brown encourages us to get on the good foot with his
dancefloor shimmy, 'Since You've Been Gone', and the psychedelic free jazz of
Schwarz's own 'Jon' is both vibrant and hypnotic.Elsewhere, the stirring strut of
Jae Mason's 'Let It Out' and the irresistible Afro-beat of Cymande's 'Anthracite'
both compel you to fish out those dancing trousers.
Undoubtedly though, the blue touchpaper is well and truly lit by Schwarz's
'Imagination Limitation', a track written especially for this mix. Placed next to
Detroit legends Drexciya's 'Black Sea' - all crisp and muscular Motor City futurism -
it ticks Schwarz's techno fetish with aplomb. Other dancefloor delights come courtesy
of avant-garde nut job Arthur Russell's trippy cosmic disco 'Get Around To It'.
Being a mix of untold seams, the funk flavours at the business end speak of Schwarz's
cerebral qualities. Womack & Womack's 'Conscious Of My Conscience', Rhythm & Sound
and Sugar Minott's 'Let Jah Love Come', Doug Hammond's 'Wake Up Brothers' and the
incomparable Marvin Gaye's 'You're The Man' are all moving and literate pleas for a
better world.
And that in a nutshell is the mix you presently have in your hand. It's a CD that
tells a story. It contains tracks that ooze class, that reek of history, that are
imbued with style. It is a mix that speaks of life's rich tapestry. In short, Henrik
Schwarz has delivered a mix with something for your mind, your body, and, most
importantly, your soul.