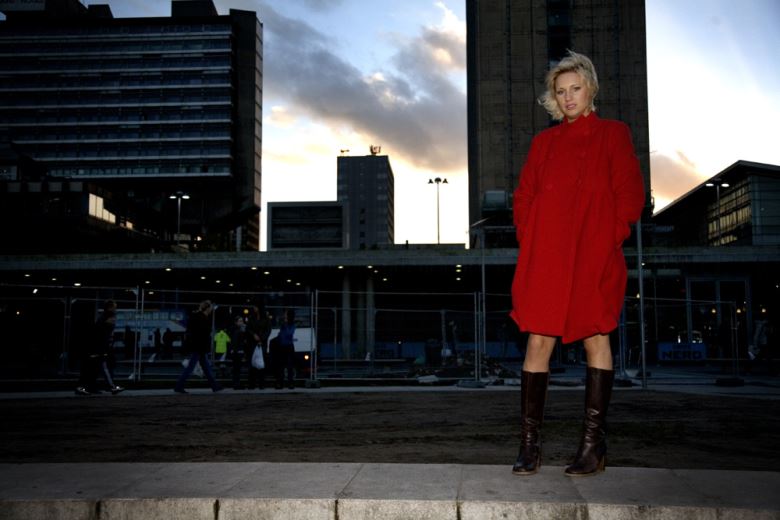 Hannah Atkins, singer-songwriter was born 8th August 1981. Growing up in rural Linconshire, Hannah was immersed in music with singer/songwriter Father, musical mother and 4 musical siblings.
The VonTrapp family was a regular joke! The earliest record of her songwriting is at age 8, with meaningful poetry neatly written on paper with flowery illustrations!
Hannah had classical piano and violin lessons growing up. At age 12 she suffered the loss of a much loved piano teacher Mrs John and refused to be taught by anyone else. 'Mrs John lived in our village & she was lovely! She was so eccentric, gave out great biscuits and got me hooked to The Beano! Her village renowned question to her pupils '' Are you full of beans today?!'' From age 7 she encourages me perform my piano pieces and sing along. I have a lot to be thankful for from Mrs John! Hannah continues with her violin lessons and was part of a few local orchestras as 1st Violin. At 14, Hannah took up the piano again and taught herself to play chords. This was when She started to regularly write and perform her material at local community gatherings around Lincoln.
At 16 (1998), one of her songs 'Closer still' was published by radical UK/Integrity Records and made it onto several albums. At 17, a further 2 songs were published and Hannah became a regular performer at the, 'Grapevine' festival. At 18, Hannah had finished A-levels and took a gap year, writing and recording a first 'live' album' Dreamer' in order to raise money for a trip to Peru to work in the shanty towns of Lima. In the poverty of the shanty towns, Hannah discovered that besides the common known phrases of 'coke' and 'Beckham!', music broke down language barriers and the children were drawn to the tiny Casio keyboard she took with her! Hannah's Spanish improved whilst out there, but music was excellent way to bring smiles to the children's faces.
On return to the UK, Hannah did a 5 month voluntary stint in Watford where again, she combined her music with working in a homeless day centre. Her months in Peru fueled Hannah's passion to link music and social justice work and she went on to study health and Development in a Human Geography degree at Manchester University.
Hannah definitely did more music that geography during her 3 years at Uni, but managed to get a 2:1 all the same! She won a grant to complete her final year dissertation in Ethiopia where she studied the tragedy that HIV/AIDS has brought to that Nation.
In 2004, Hannah recorded a 2nd Album 'Hold Me' promoted and released it herself selling a 1000 copies and even more downloads the year to follow was spent performing at local gigs and festivals.
Hannah's new album 'Falling' has been a while coming! In 2004, she set up a not-for-profit music / Arts and Media company with 3 friends called MassiveUK. Marrying excellent quality music with community action and creative workshops, this consumed her time. ''If you've ever started your own small business (especially non-profit) - you'll know what I mean''. We had some great experience doing hundreds of high end hotel and bar gigs,
and released 2 acts on our label; Becky Higg; a female Jack Johnson and Bluebird Kid Clark; a New-Retro band". But now is the time to release her own music, so Hannah is full steam ahead.
Hannah Atkins is an artist that involves the listener in a two-way dialogue where effort is required from both sides leading to a lucid and natural conclusion. Born in the rural outskirts of Lincoln, and a resident in Manchester, her piano-driven alternative soul, and lately titled '
Folktronica' is often achingly simple and yet never easy to describe. It's a sound somewhere between the soulful musings of Sia and the
delicate ethereal vocals of Imogen Heap, but words fall short standing next to her at a piano lost in the moment.
''I love my easy listening rif-based piano, live strings and guitar. My live set with a magic loop machine aims to excite the audience with a suspense of what instrument I may pick up next!''

She's beautiful too. Five six-ish, blue eyes, one only needs to hear the opening metaphor of 'You make me fly or Far Away'' to be blown away by her lyrical and compositional prowess. Disposable she may not be, but pop certainly, Hannah Atkins is an artist with potential and longevity, and the proof is in the pudding.

Hannah's compositions have developed from Acid Jazz ditties in her first and second albums to the beautiful Folktronica arias they are now. Chordally, her songs never go where you expect, but always where you want and in short, difficult music has never been so easy on the ear.
Amongst other weekly gigs at random venues , you can catch her on the last Thursday of the month at The Town Cafe in Stockport.

Hannah has always worn her heart on her sleeve and her latest album 'Falling' is just that. Her passion for seeing hearts mended and broken lives fulfilled strongly influence her music. Hannah is currently working 10 hours a week to help facilitate the setting up of a drugs / alcohol rehabilitation centre in Manchester for the charity 'Betel'. She will be selling her album, giving a percentage towards Betel and is currently looking towards working with other such charities that are changing broken people's broken lives for the good :)
With this passion to marry social justice with the arts, Hannah is part of 'The Project' in Manchester. As part of this, you'll find her at the monthly event 'The Sanctuary' where she plays and serves food to the people who are homeless in Manchester. Also with a team of two other singer/songwriter Hannah's (!) Hannah is part of running a social justice clubnight in Manchester's Arts Quarter 'the Northern Quarter'. On the 18th of June, a collective of creatives will present their arts based on Asylum as part of National Asylum week. The collective includes singer/songwriters, graphic designers, graphic designers, artists, photographers and actors who have been briefed in an evening with a local Asylum seeker and a guest organisation working with them. We will hold these as often as we can. Hannah feels it is part of her mission to use her voice to help those without one.