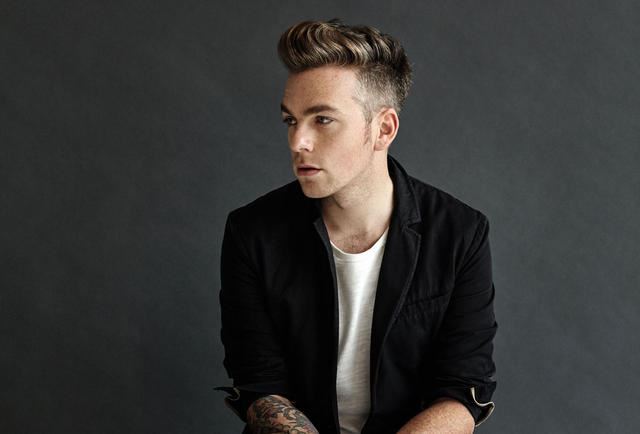 Being in the right place at the right time is possibly one of the most important things to remember in the world we live in today. Building your own success is essential but most people who succeed nowadays have at some point in their life experienced a certain element of luck to give them the kick start they need and deserve.
Greg Holden is no exception. Having only begun his solo journey in June 2007, he has had his fair share of luck to help him along the way. Having spent his late teens and early twenties squashed into vans with his band mates, playing gig after gig, in town after town, spending pound after pound with little hope of a career in the music industry, Greg was losing his ambition and decided to put down his electric guitar and pick up his acoustic, something he had wanted to do ever since he began playing at the age of 17.
With a huge influence from older artists such as Bob Dylan and Johnny Cash to more recent writers such as Damien Rice and Ray Lamontagne, Greg Holden’s music has been described as “Soulful”, “Melodically Beautiful” and “Incredibly Genuine”. In today’s music world, being original is almost an impossibility, the market is over-crowded with every sort of music genre imaginable. That doesn’t mean that you can’t sing from your soul, it doesn’t mean you can’t believe in what you are writing about and it doesn’t mean you can’t play from your heart. This is something that Greg Holden does well and anyone who has seen one of his live performances will tell you the same.
In July 2007, Greg was invited to New York City by Music Producer Nunzio Signore. Nunzio spotted him playing at a small venue in Brighton where Greg was living at the time. This was the lucky break that Greg needed and it was this opportunity that resulted in Greg’s debut EP, ‘Run, Don’t Walk’ which is currently available from iTunes. It was in New York that Greg met his manager, David Margolis.
Upon his return from an inspiring trip to New York, Greg decided to leave Brighton in pursuit of bigger things and focus his attention on the only place he felt compared to New York, London. Ironically, Greg’s next installment of good luck came from the place he had just left, you guessed it...Brighton.
A successful writer and producer named Richard “Biff” Stannard came across Greg’s music and invited him into session. Unbeknown to Greg, Biff’s modest discography included names such as U2, David Gray, The Spice Girls, Kylie Minogue, Will Young and many more huge names in the industry. Not only this but mixing the session was another well-known name in the music industry, Studio Engineer Ash Howes who boasted his own catalogue of artists including Nelly Furtado and The Eagles. Greg believed this whole event was meant to happen. To him it was a sign that what he was doing was indeed the right thing, and that giving up on his music career was no longer an option.
In January 2008 Greg started a small video series on YouTube called ‘The Living Room Series’, which was a simple concept involving himself, his guitar, a bunch of his songs and a webcam. It started off as a funny idea to showcase some of this newer material but with the help of a good friend Alex Day aka YouTube Hero 'Nerimon' it ended up becoming a YouTube smash. In its first month live Greg’s YouTube subscribers rose from 4 to 1300, and by part 10 (the final episode of that series that ended in March) his subscribers had climbed to 2,300, one of his episodes had been featured on YouTube Global, YouTube UK and also separate Countries all around the world including Austrailia, Japan and Brazil and in total his videos have been viewed over 350,000 times. That particular featured video was viewed over 200,000 times in one week! This level of exposure has changed everything for Greg, he now has groups of followers all over the world and is currently working on his new series, ‘The Not, My Living Room Series’. All these videos can be found on YouTube.
That leads us to now, September 2008. Greg has since returned to New York to complete more tracks for his debut album 'A Word In Edgeways'. Whilst over there he played Numerous shows in Manhattan and played some private showcases for some Major labels. Watch this space.
In 2011 he wrote the lost boy for serious request, wich is a action by 3fm in the Netherlands to raise money for silent disasters. In that year it went to mothers in war or has just been in war. this made him very popular and was the 2nd highest requested number just after "ode to the bouncer" by "the studio killers". and he went to number 1 inn Itunes in holland.
His YouTube account has brought him many fans.
(See www.youtube.com/gdholden)