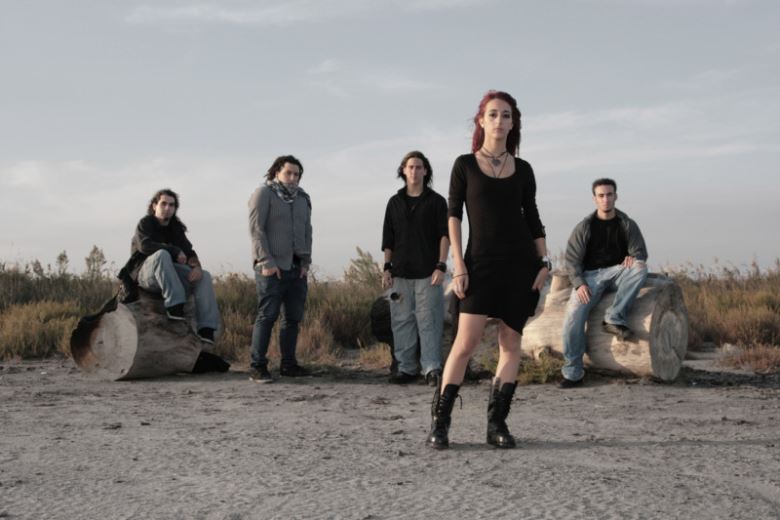 There is more than one artist or band named Gravity:
1. Gravity is a progressive rock/metal band based in Cleveland, Ohio.
Official site: http://www.gravity33.com
2. Gravity is a rapper based out of New York.
3. Gravity is a Melodic Power Metal band from Izumi-ku, Japan with Neo-Classical Metal-elements. They formed 1996 and has released two full-length albums: "Destiny's Calling" in 2003 and "Realized" in 2006. And two Demos: "Demo 2002" in 2002 and "Demo 2004" in 2004.
Official site: http://www.geocities.jp/fatalland/
4. Gravity is also the developer of the game Ragnarok Online. The soundtracks are mostly produced by SoundTeMP. Gravity should not be an artist tags for Ragnarok Online sountracks.
5. Gravity is an alias of UK trance producer Harry Dyer. See also Gravity pres. Harry Dyer.
1. Gravity is a progressive rock/metal band based in Cleveland, Ohio:
Straight out of Cleveland, Ohio, Gravity is causing a stir in the progressive rock community with their melodic and technically-proficient instrumental music. Compared to successful artists such as Dream Theater, Rush, Joe Satriani, Symphony X and Periphery, the band's self-released CDs and live shows continue to entrance listeners all over the world.
Since its formation, Gravity has achieved many accomplishments, including winning the Live Nation 2007 High School Rock Off, placing first out of 200+ Ohio bands; opening for prog veterans Dream Theater three times; peforming alongside Symphony X, Kamelot, Sonata Arctica, King's X and Rhapsody of Fire; headlining the Three Rivers Progressive Rock Festival (3RP) with many well-known U.S. prog bands; performing with Trans-Siberian Orchestra vocalist Kelly Keeling during a special holiday performance; and being the featured artist in a 2011 Metro Toyota commercial aired throughout Northeast Ohio.
Gravity’s first full-length CD "Into Oblivion" was released in 2007, followed by "Midnight Sonata" in 2010. The band is currently preparing for the release of their third album "The Edge of Eternity" set to be release in early 2013.
http://www.gravity33.com
2. Gravity is a rapper based out of New York:
On a day in July that only his Mom remembers, Gravity first dropped to Earth in Suffolk County, Long Island. One of the hungriest new artists on the mic and behind the boards, Gravity got his start scraping for crumbs as one the hungriest little kids in Bay Shore, New York. Half Colombian, half Italian, Gravity was born into a broken family and raised, hand to mouth, by his struggling Mother. On visits with his Father, young Gravity would sit, legs swinging, in the passenger seat of his Dad’s beat-up Buick. Dad would school Gravity in hip-hop while KRS-ONE banged out of the car’s cheap speakers.
It wasn’t long until Gravity started rhyming out loud at age eleven. He showed up anywhere that would take him; Talent shows, records stores, even sneaking into a High School dance where upperclassmen encouraged the kid to perform live, on stage. Gravity adopted his moniker at age twelve, when he started the group ‘Holdin’ It Down’ with friends.
By age thirteen, with his mic skills sharpened, Gravity started skipping school, focusing all of his attention on mixing and producing hip-hop. In the basement of his Mom’s house, Grav went to work everyday, layering sounds, recording on eight track cassette recorders creating polished new songs.
A born lyricist and self-anointed producer, Gravity landed upon his greatest blessing while singing his very first chorus. With a crisp, clean singing voice that was made to sing hooks, Gravity quickly started collecting checks from people willing to pay to have him on their chorus. With the money, he bought his first computer and before it was even out of the box, Gravity was selling music online. At age fourteen, Gravity was getting as many as 500 downloads a day.
The combination of innovative beat-making, sharp lyrics and clean hooks proved marketable. When most fifteen year olds were raking lawns for sneaker money, Gravity was banking grown-up money by selling his vocals to the less talented.
In hope of finding new sounds to digest and more space to create, Gravity dipped to Florida with his girlfriend at age eighteen. The change of scenery and routine helped Gravity enter a period of even greater focus and creativity. Still getting money online and now living out of an apartment, Gravity began opening up a new Southern fan base.
Around this time, one of Gravity’s tracks ended up in the headphones of DJ B-Roc, at the time a seventeen year-old phenom living in Boston. Talent recognized talent and immediately Gravity joined forces with B-Roc under the HeavyRoc Music imprint. Since their first meeting, B-Roc has gone on to lace tracks for top-shelf artists like AZ, Mobb Deep, The Diplomats and Tha Doggpound. With each new track, B-Roc is further cementing HeavyRoc Music as a true industry firebrand.
While inked with Heavy Roc, Gravity has demolished tracks with other up-and-comers Quan and J.R. Writer, as well as with heavyweights like Chino XL, and Styles P. The positive feedback has been deafening. Statik Selektah, a dj who has done official mixtapes for artists such as G-Unit and John Legend, has stamped Gravity with his official endorsement. Gravity’s versatile skill set has also caught the attention of Wyclef Jean’s newest artist, who immediately hired Gravity to collaborate on a new project. In addition, Gravity is set to capitalize on HeavyRoc’s working relationship with Ill Will Fulton, in house producer for Koch Records with a discography including Cormega, Camp-Lo, M.O.P & more.
In Gravity, HeavyRoc has found an artist, young in years, but already fully developed. A gifted musician who is able to turn life’s hard knocks into sweet melodies, Gravity has found more than a home in HeavyRoc Music. Mobile street teams, marketing and promotion arms hold down the front lines for Gravity, while in-house production teams, internet support and investment groups supply the creative and financial backing.
With the help of HeavyRoc Music, there’s no doubt, Gravity is gonna be holding down the charts for years!