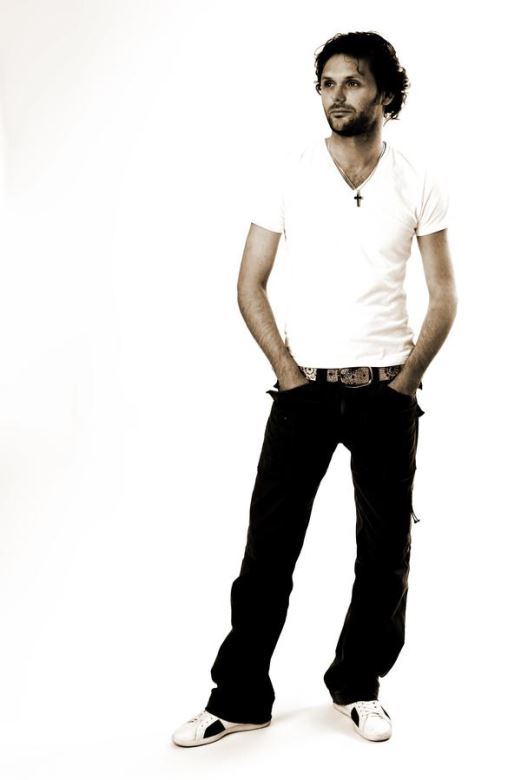 http://www.facebook.com/funkerman
http://www.youtube.com/funkermantube/
Funkerman, known to his postman as Ardie van Beek, (born 1975, Breda, The Netherlands), is a well known DJ/producer and founder of Flamingo Recordings.
From his first love of pioneering US hip hop, through obsessive crate digging for classic soul, Disco and Funk, to riding on the first waves of US house; he has always been on a quest to find, make and play new and exciting music.
Whilst spinning at the Spock club in Breda in the mid nineties he was also starting to produce and promote music, while working in local record store, Magik. Being surrounded by the records he loved gave him an insight to the dance music industry as well as keen sense of how music moved people, and he quickly became a A&R manager; working at the heart of the burgeoning Dutch scene.
Through years of hard work DJ-ing and producing, Funkerman established himself internationally, and by 2004 he decided it was time to capitalise on his success, so he founded Flamingo Recordings, with fellow producer Raf and DJ/producer Fedde le Grand.
In the six years since, the label has gone from strength to strength, releasing some of the biggest house tracks of recent times, like Funkerman’s ‘Speed Up’ , Ida Corr’s ‘Let me think about it’, Fedde le Grand’s ‘Put Your Hands Up For Detroit’ and their collaboration on ‘3 Minutes To Explain’.
Flamingo Recordings has of course also been the outlet for his own prolific discography. In 2005 Funkerman topped the Dutch club charts with ‘Rule the Night’ and ‘The One’, with the latter getting support from leading DJ’s worldwide and appearing on numerous compilations.
Then in 2007 he made the Dutch Top 40, the Mega Single Top 100 and the Mega Top 50 in a collaboration with Fedde le Grand, under their F to the F alias, with ‘Wheels In Motion’. In the same year he also made the international charts with the massive ‘Speed Up’ featuring I/Fan, a track so popular it was released by another nine labels before eventually being signed by legendary UK label Defected Records.
In 2008 he again teamed up with Fedde again to release ‘3 Minutes To Explain’, as well as delivering several huge remixes for the likes of Ida Corr, Guru Josh and the Sugababes, as well as turning hits like Re-United’s ‘Sun Is Shining’ and Jaimy & Kenny D’s ‘Keep On Touchin Me’ into new club anthems. And as further proof of his commercial success, ‘Speed Up’ was made available as a downloadable track on the Xbox 360 karaoke game, Lips.
Off the back of an extensive North American and Australian tour, 2009 saw him release ‘Remember’ again featuring I-Fan, which dominated the download charts, as well as YouTube, thanks to the beautifully sinister animated video. He also invested in the ever-growing reputation of the label by starting the Flamingo Nights series of parties, which soon became an international benchmark for world-class production and quality guest mixes.
This year sees the long-awaited debut artist album from Funkerman, along with a production and DJ’ing schedule that perfectly displays his broad attitude to music, playing a diverse mix of the world’s best festivals and clubs, and working with artists varying from soul and hip-hop to underground house and electro.
Whilst enjoying the many fruits of his labour, Funkerman’s aim is to keep on improving musically and, as always, to try and push electronic music to the next level.