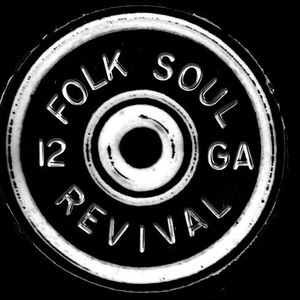 Folk Soul Revival is an upbeat, roots-y, acoustic quintet from the mountains of Appalachia. With their distinct vocal approaches, back-porch instrumentation, haunting four part harmonies and infectious stage presence, the band has garnered much success and have attracted a large fan base...affectionately called “the Congregation. Folk Soul Revival have shared the stage with such high profile acts ...as Jason Isbell, Justin Townes Earle, John Cowan, Justin Moore, The Felice Brothers, Jesse McReynolds, Goose Creek Symphony, Mel McDaniel, Dr. Ralph Stanley, Jessica Lea Mayfield, The Black Lillies, Tim Easton, The New Familiars, Holy Ghost Tent Revival and Chris Janson....just to name a few.
FSR have, and continue to, participate in various larger festivals, including Floydfest, The Blue Plum Festival and the world famous Bristol Rhythm and Roots Reunion, where there amassed a huge crowd that filled all of Piedmont Street. The band was also recently featured on the syndicated radio program Music City Roots, in Nashville, TN and on Sirius/XM’s “Outlaw Country” show.
Folk Soul Revival's debut album "Good Enough" was released independently in April of 2009, and has been a sweeping success. A live EP followed, quickly becoming an instant hit. Furthermore, their highly anticipated follow up studio album "Words Off A Tongue" was released in August of 2010 and is a big sounding, organic production. Produced by Nashville's Chad Brown, the album includes session work from the Wallflower's Fred Eltringham, famed, Grammy nominated, cellist Dave Eggar, and the soulful McCrary Sisters. It has been praised by critics and fans alike, and just recently was named on ‘No Depression’ magazine’s website as being in the Top 15 of 2010.
On December 29th, 2010, Allun Cormier, the band’s lead guitarist and vocalist was killed in a tragic house fire in Bristol, TN. It was a devestating loss, his spirit carries on in the band, as they continue to press onward, and keep his memory and his music alive.
Folk Soul Revival has the ability to perform toe-tapping, jug band type jams, touching ballads about love and loss, traditional folk type songs and the occasional obscure cover while at the same time drawing the crowd in to sing along, clap and dance to the music. Come join ‘The Congregation’ and witness it for yourself.