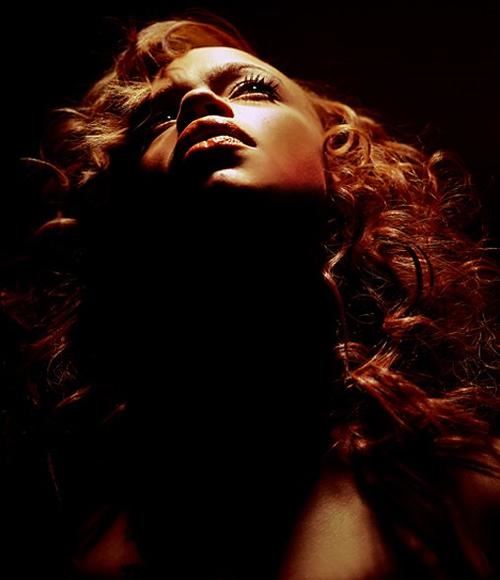 Faith Renée Evans (born June 10, 1973) is an American singer-songwriter, record producer, actress and author. Born in Coral Gables, Florida and raised in Newark, New Jersey, Evans moved to Los Angeles in 1993 for a career in music business. After working as a backing vocalist for Al B. Sure, she became the first female artist to be signed to Sean "P. Diddy" Combs' Bad Boy Records label in 1994, on which she released three platinum-certified studio albums between the years of 1995 and 2001. In 2003, she left the label to sign with Capitol Records.
Next to her recording career, Evans is widely known as the widow of New York rapper Christopher "The Notorious B.I.G." Wallace, whom she married in 1994 two months after meeting at a photoshoot. The turbulent marriage led to Evans' involvement in the East Coast-West Coast hip hop feud, dominating the rap scene at the time, and ended with Wallace's murder in a yet-unsolved drive-by shooting in Los Angeles in March 1997. A 1997 tribute single featuring Puff Daddy and 112, entitled "I'll Be Missing You," became Evans' biggest-selling hit to date and won her a Grammy Award in 1998.
After marrying Todd Russaw and having a third child, named Joshua, Evans released her long-awaited follow-up, Keep the Faith in 1998. Unlike the solemn approach to her first album, this album spoke of optimism, good times, and love. Among its biggest hits include the Chic-sampled track "Love Like This" (#7 US), the P. Diddy helmed "All Night Long" (#9 US), and Babyface lent her a number-one R&B hit song with "Never Gonna Let You Go". Outside of her own albums, Evans found another hit that year with Whitney Houston and Kelly Price on the song "Heartbreak Hotel".
Evans released her third album, 2001's Faithfully, which included the hit singles "You Gets No Love" (#8 R&B) and "I Love You" (#2 R&B). For the album's promotion, Evans went through a transformation in her physical appearance. Always a slightly full figured woman, Evans shed over fifty pounds and presented a sexier image that was present for the videos to "I Love You" and "Burnin' Up". Fatman Scoop also sampled her vocals on the song "Be Faithful" in 2003, which reached number one in the UK. Although the album wasn't as largely promoted as her first two, it was a moderate success. The album was certified platinum in January 2002, with over 1 million units sold.
Evans rebounded with a record that many of her fans have proclaimed as her strongest record to date, The First Lady (released on April 5, 2005) her Capitol record debut album. After finding success with her Twista collaboration, "Hope", Evans released her first song of new material in three years with "Again", a biographical account of her life struggles. Faith recorded "Say A Prayer" with gospel music star Donald Lawrence on his "I Speak Life" album in 2004. The First Lady came out commemorating her tenth anniversary in the industry and her first record on Capitol Records after leaving Bad Boy in 2003. With the help of "Again" reaching the top ten of Billboard's Hot R&B/Hip-Hop Singles & Tracks chart, and appearances on David Letterman, BET, Later... with Jools Holland and MTV the album entered the Billboard 200 at number two with 160,000 copies sold in its first week, marking the largest first-week total of her career. The First Lady was RIAA certified Gold selling over 600,000 copies to date. The second single, "Mesmerized", saw Faith going with a 70's retro-funk soul vibe. The track failed to crack top fifty R&B despite numerous remixes; however a dance remix by the Freemasons went on to hit number one on the Billboard Hot Dance Club Play chart.
At the end of 2005, Evans released her fifth studio album, A Faithful Christmas, a Christmas collection of new material and covers of seasonal classics. She also made lots of appearances on holiday TV programming. In early 2006, Faith Evans' third single, "Tru Love" (produced by Jermaine Dupri and Bryan Michael Cox), gradually gained ground on urban/urban AC radio without any assistance from her label since they never promoted (sent to radio) or had a video for "Tru Love", becoming her twelfth solo R&B hit (Top 30). Also in 2005, Evans appeared along with Jessi Colter and Cece White as a feature vocalist on the Shooter Jennings song "Southern Comfort" from the album "Put the O Back in Country".
On October 5. 2010, Evans' sixth album, "Something About Faith." The album debuted at #4 on the R&B/Hip-Hop Albums chart and #15 on the Billboard 200 with sales of 23,586 copies in its first week. The albums' lead single "Already Gone" peaked at #22 on the Hot R&B/Hip-Hop Singles chart. The albums' second single and music video "Right Here" was released on February 14, 2011.
In 2012, Evans became a cast member of TV One reality show R&B Divas Atlanta alongside Nicci Gilbert, Syleena Johnson, Keke Wyatt and Monifah. Evans also co-executive produces the show.[25] The album R&B Divas Atlanta, led by Evans was released on October 2, 2012. Proceeds from the album will benefit the Whitney E. Houston Academy of Creative & Performing Arts in East Orange, New Jersey.
On August 6, 2013, Evans confirmed she had begun work on her 6th album, tentatively titled Incomparable. Evans also revealed guest appearances for the album are slated to include Missy Elliott, KeKe Wyatt, B.Slade and Karen Clark Sheard of The Clark Sisters. "I Deserve It", a record featuring recurring collaborator Missy Elliott and her protégée Sharaya J, was released via iTunes on August 25, 2014 as the album's lead single. Incomparable was released on November 24, 2014. On TMZ, Evans had announced that she is working on a posthumous Notorious B.I.G. album titled The King & I, which will feature duets with the two. She plans to release it sometime in 2015.