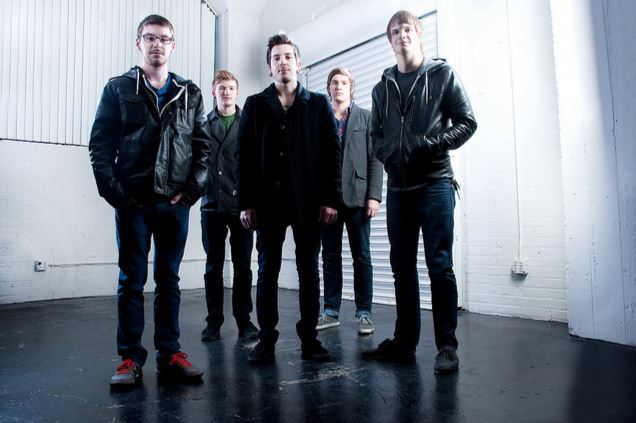 There are at least 4 bands/artists with the name Euphony.
1. A Happy Hardcore Punk band
2. Scottish hardcore producer Mike Greig
Since being born and raised in Scotland, Mike's first introduction to the world of music was Scottish traditional Celtic music. Playing the accordion all over the country, winning competitions and recording his first record by the age of 9 Mike continued this Celtic path till his teens. The influences of late 60's and 70's rock with elements of 80's metal were the next genre to be digested resulting in every teenager's dream back then, the electric guitar. Thankfully this was short lived! Next up Jean Michelle Jare and the synthesizer, now at last Mike felt grounded. The sounds created by one the forefathers of electronic music were such an influence to Mike that he went on to cover Rendezvous which was released on Clubscene records in 1996.
In 1992 armed with an Atari ST, Steinberg Pro24 (Cubase SX's great, great grandfather), Roland U20 and Liam Howlett's favorite the Roland W30 the early Euphony sound was being born. During this time the 'rave' scene in Scotland was growing and a new sound was emerging, the sound of Hardcore. Acts like Njoi, Q-tex, Prodigy, SL2, and Dream Frequency were bringing about a revolution in the dance scene which influenced Mike to form a PA, Euphony. Soon after the first tunes were hammered out on the old Atari a record contract presented itself with Clubscene records home for likes of Ultra-Sonic and Ultimate Buzz. The Clubscene years brought many live performances all over N.England, Ireland and Scotland. Also the winning of the Grolsh Dance music awards for best new act 1996/7.
Now with a passion for music technology Mike decided to change course by ditching his Degree in Bio-Technology and pursuing one in Audio Engineering after which he started his own commercial recording studio, ESL recordings. The studio business was a great experience for Mike, allowing him to expand on his creativity by recording various bands and having the pleasure to work with Mark Tinley (producer brother of 89/90's electronic genius Adamski, Programmer for Duran Duran). The next signing was to UK Dance the label creation of DJ's Paul Force and Darren Styles, home of Heart of Gold, Pretty Green eyes to name a few. Dancing in the Rain and Scott Browns remix Space Invader were the gems to be released on UK Dance. Both of which finding their way to Bonkers 3 & 6. In 1998 saddened by the collapse of Rezurection, Scotland's big 20,000 capacity rave and the near death of Hardcore Mike decided to follow a career in teaching at his college in the hope to influence the new generation on a quest to preserve hardcore. Soon the opportunity came to take a year out in Australia with DJ Tizer (N.Ireland) and Mike decided to go! He only wishes he could have stayed!
On returning to the UK and relocating to Leeds in North England to continue teaching Mike joined forces with DJ Storm who restored Mike's faith in Hardcore. An encounter with an Access Virus and a bottle of Jack Daniels produced the 'Red Pill', Warped Science's first release. Mike came back to the light, came back to Hardcore. Gigs soon followed to places like Sanfrancisco to perform a set at 'Happy Together 2', Sacremento and North Carolina and more tracks found on bonkers 11 & 12. Vocal smasher Breathe was released on Raver Baby, many more on Warped Science, Cloned, RFU, Raw Elements (Hand of God with DJ Uplift), Destructive Force, Underground, Maximum Impact and more recently 'Let Me Go' on Evolution Plus. Mike has went on to remix many of the Bang classics and contribute heavily to the Bang album, Happy Hardcore Volume 3 released exclusive to Australia and now production of the new Ultra Sonic Album. In between Hardcore Mike has still managed to squeeze in an electro remix of 80's pop legends, Duran Duran. Now armed with tracks like 'This Life' written with co-writer and Heaven 7 counterpart Vicky Fee, Mike is set for 2006 all guns blazing! New tracks 'Dance with me' & 'Speak of Love' under the production guise of Heaven7 are featured on Bonkers 15 and a Breeze & Styles Remix of This Life is due on the next Clubland Xtreme. Also to join the Clubland party is 'Inside your Mind' written with DJ Uplift soon to be released with 'This Life' on Raw Elements.
Mike is currently under a new roof with IMO's invention, Definitive Dance and is set for a heavy 2006 release schedule not to mention gig schedule following his pioneering sets using Ableton Live. Remixing live, playing keyboards whilst dropping a few mixes!
3. A single artist who experiments with many different styles and genres of electronic music. Some of the genres associated with Euphony the artist are Trip Hop, Synth Hop, PsyChill, Chill, Breaks, Deep House, Glitch and all sorts of Electronic. Euphony is currently working with the artist known as SilverlagE. Look for them soon on Zilch Records. Currently a DJ living in New Orleans.
4. A Metal/Progressive/Hardcore band from Dallas, Texas. Currently writing and recording music with their new vocalist. They have released a 3 song demo, and a demo track as a vocalist tryout.
Members:
Vocals: Lucas Coté (formally Handshakes and Highfives's second lead singer)
Vocals: David Escamilla
Guitar: Brandon Crabtree
Guitar: Shaun St. Pierre
Bass: Jason Mendolia
Drums: Jeff Harlan
www.myspace.com/ineuphony
www.purevolume.com/euphonyy
5. An experimental pop/rock band with a lot of influences from around the world with their base in Stockholm, Sweden. They have been active since 2005, but only a split single has been released so far due to the continuous issue with trying to find a bass player to stay with them. Planning to release their debut LP record before this years end.
Members:
Vocals: Kaffe Myers
Guitar: Marcus Wallberg
Piano: Martin Wallberg
Drums: Max Wallberg
Bass: ??? (4 different ones up to date)
www.euphonyworldwide.com
www.facebook.com/euphonyww