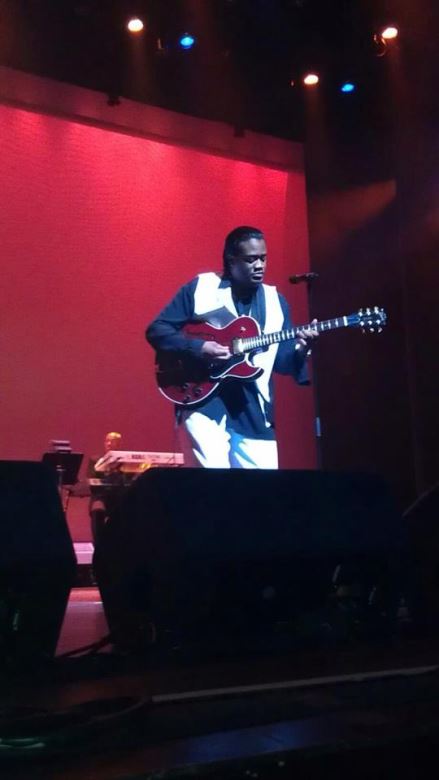 14th June 1972, Newark, New Jersey, U.S.A.
Eban Brown, native of Newark, New Jersey, was born on 14th June 1972.
Eban exhibited a gift for music at an exceptionally early age, spurred on by strong family structure and a firm belief in God.
He began playing guitar and singing with several gospel groups at the age of seven.
Eban was schooled in various elementary schools, due to related professions held by his father.
It was during this time that the young guitarist, and singer, realized another gift, that of songwriter.
In 1991, Eban became the lead vocalist for his idol artist group Ray, Goodman & Brown (better known as The Moments), and continued to sing with the group for 2 years, before becoming a member of the one time Grammy-Award winning group, The Manhattans, featuring Gerald Alston and Blue Lovett.
In 1993, Eban Brown has dazzled fans all over the world as lead vocalist for the Delfonics, which featured Wilbert Hart and Major Harris.
In 1994, Eban Brown also produced two songs for Rap Artist Rob Base, on the Album 'Break of Dawn', which featured the Delfonics.
The two songs were 'Are You With Me', and 'Chillin'.
Eban was also, the first lead vocalist of the Delfonics inducted into the 98.7 Kiss FM Hall Of Fame, in New York City, the NAACP Hall Of Fame, in Atlanta, Georgia in 1996, receiving a NAACP award for his accomplishments also, as lead vocalist of The Delfonics.
Eban was also, inducted into the Hard Rock Cafe in Philadelphia, Pennsylvania as lead vocalist of the Delfonics.
In April 2000, Eban Brown became the lead vocalist of the Stylistics, replacing Mr. Russell Thompkins Jr., the original lead vocalist.
Naturally, Eban has and will continue to maintain the silky sounds and love stirring falsetto tenor, which the Stylistics are known.
In 2000, Eban has started his own Entertainment Company which he will have the first release, to launch Banmusic Entertainment.
One of Eban's many endeavors, he plans to record and write songs for upcoming artists as well as current artists.
The latest line-up of the Stylistics is Eban Brown, Herb Murrell, Airrion Love and Van Fields.
I would like to thank Tajuana Scott, Eban Brown (himself) and Fusiongrooves.com for