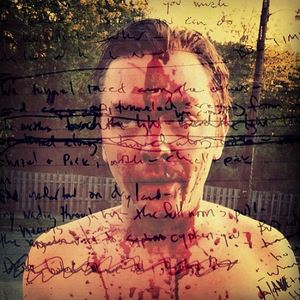 DORADO. Wrong blues. Bad art. "Get ready for this. It's like Zevon's ghost and Nick Cave knife-fighting over which track on Pet Sounds they prefer to worship the dark lord to." - Chris Porter
Alamalibu is sometimes reported to be a recording studio, but it is more accurately-described as a mystical nook out back behind the dimensional door. That is, if it even exists at all. But, if it does, it is the kind of place where Birmingham, Alabama’s resident mad genius / sonic impresario Jody Nelson can guide a merry band of musical cohorts to places most have never heard – and make us wonder why they were so hard to find. Nelson, the scion of the should-be-legendary band Through The Sparks. gathered a group of his TTS collaborators and other Birmingham musicians (including TiAM sister Helen Gassenheimer) for a magical ride through the alternate universe of Alamalibu and brought forth a gloriously weird vision of American rock music. Freed from the bounds of propriety, linear thought, conventional wisdom, fear of failure, microeconomic theory, psychological stability, and a rumored restraining order (as yet unconfirmed), Dorado grabbed hold of the exhilarating, libertine desire to just play the living hell out of a whole bunch of majestic, provocative, oddly complimentary pieces of rock music without a second thought of how things are done by those in search of a radio hit or a commercial jingle. There had been discussions for a while about working on a project with TiAM, and a desire to do something, well, different - and the two impulses seemed to fit together perfectly.
Or, in the alternative universe of Dorado, things may not be at all as they appear. Maybe some friends got together and just wanted to play some music, with a few different folks than the regular band, and some new songs that had come to life as off-kilter troubadour pieces but which showed promise of blooming into something very, very different. To have fun with it. To go for it. Damn the torpedoes. Channeling this impulse, Nelson says, "I wanted this record to be narrative but without a setting, like Quetzocoatl on his way to work at an office park. It's all modern myth and pseudo science." But if you mistook such a carefree approach for a deliberate effort to create the most arresting album of literate skronky beautiful art-rock you’re likely to hear in 2013, well, it would be an understandable mistake. This is the way of Dorado – the result does not necessarily have to flow from the intention.
Some things just won’t do in a pinch. Sometimes the muse wants to dance, all night long. Dick Cheney at the end of a snuff film. The threat of rain. Applebee’s. Tattoos of Bible verses. Whatever it takes, you know, to keep your brains off of the wall.
Musicians: Joe D. Nelson, Shawn Avery, Greg Slamen, James Brangle, Jason Taylor, Helen Gassenheimer, Gary Wheat, Thomas Mimikakis
Production: Joe D. Nelson -- Mastering: Jason Hamric -- Art/Design: Joe D. Nelson / Shawn Avery
Recorded at Alamalibu in Birmingham, Alabama
credits
released 13 January 2013