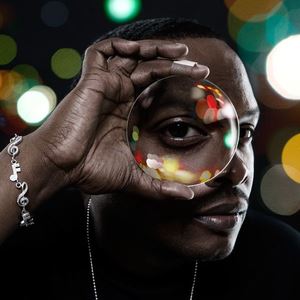 Jeffrey A. Townes (born January 22, 1965 in Philadelphia, Pennsylvania), also known as DJ Jazzy Jeff, is an American hip hop and R&B record producer and turntablist. He is best known for his early career with Will Smith as DJ Jazzy Jeff & The Fresh Prince. DJ Jazzy Jeff graduated from John Bartram High School in Philadelphia where he is enshrined in the school's "Wall of Fame".
History
When he was growing up, he found that listening to his parents was unbearable. He got a job as a newspaper boy at age 7 to support his family. Once he grew up, he developed a reputation and following as a school and block party DJ extraordinaire, Jazzy Jeff was the feature of the duo DJ Jazzy Jeff & The Fresh Prince. As a duo, they had several gold and platinum-selling albums and singles in the late 1980s and early 1990s, earning them the first rap Grammy ever presented in 1989 for Parents Just Don't Understand. When Smith branched out into television with the sitcom The Fresh Prince of Bel-Air, Jazzy Jeff played a recurring character named "Jazz", Smith's best friend on the show. The two characters always greeted each other with their signature handshake (swinging mid-five, point-back/snap with both characters saying "Pssh!").
Jazz' trademarks include being physically ejected from the house by Uncle Phil (James Avery), screaming as he went flying out the front door. This was referenced in the song "N.Y, N.Y." by Lloyd Banks from his second album Rotten Apple, with the lyric "I throw a bitch out the crib like Jazzy Jeff". [1]
DJ Jazzy Jeff is not to be confused with Jeffrey Myree from the earlier hip hop group Funky Four Plus One, which in fact filed and won a lawsuit over the name Jazzy Jeff against Jeff Townes and Jive records when they signed DJ Jazzy Jeff & the Fresh Prince. After DJ Jazzy Jeff & the Fresh Prince broke up, Townes went on to become a prominent R&B, soul, and neo soul record producer, establishing the A Touch of Jazz production company in his native Philadelphia. Among the artists that Jazzy Jeff has helped develop are Jill Scott and Musiq. Even though he separated from Will Smith as music partners, they are still best friends and still occasionally work together. Some songs by Will Smith were produced by Jeff Townes (Ex. Here He Comes), and he has performed on some songs by Will Smith such as "So Fresh" and "Potnas". In addition, he appears in several of Smith's music videos such as "Will2K", "Freakin' It", and "Party Starter". On some occasions, he makes appearances with Smith on live concerts, producing DJ scratches.
He, along with DJ Cash Money, is credited with making the transform scratch famous.
On July 2, 2005, DJ Jazzy Jeff performed with Will Smith at the Live 8 concert in Philadelphia. In the past, Will has performed on concerts with DJ Jazzy Jeff for the scratches. Moreover, Will acknowledges him in his music like "Comin' To The Stage" from the album Lost & Found or "Potnas" in his album Willennium.
His 2007 release TROTM (The Return of the Magnificent) is a classic work which returns to the roots of hip-hop with a neo-soul mixture included. This album featured numerous collaborations with old school and new school artists including CL Smooth, Big Daddy Kane, Pos from De La Soul, Method Man, Peedi Crakk (a remake of Brand New Funk), Rhymefest, and Raheem DeVaughn.
In 2007, he appeared with Rhymefest in the video DJ Jazzy Jeff and the Fresh Fest directed by Konee Rok, in which he makes music in his home recording studio with Rhymefest and they reveal that they are working on an album together called "I'm the DJ, I'm the Rapper".
Discography
Solo work as DJ Jazzy Jeff
* Unreleased album from Sony Records (1998)
* One cut in Battle of DJs
* The Magnificent (2002)
* Soulheaven Presents Jazzy Jeff in the House (2004)
* The Soul Mixtape Groovin' Records USA (2005)
* Hip-Hop Forever II Rapster Records (2004)
* Hip-Hop Forever III BBE Records (2006)
* The Return of The Magnificent EP (2007)
* The Return of the Magnificent (2007)
* The Return of Hip Hop EP (2007)
As DJ Jazzy Jeff & the Fresh Prince
* Rock the House (1987) #83 US (Gold)
* He's the DJ, I'm the Rapper (1988) #4 US (3x Platinum)
* And in This Corner… (1989) #39 US (Gold)
* Homebase (1991) #12 US (Platinum)
* Code Red (1993) #64 US (Gold)
* Greatest Hits (1998) #144 US, #20 UK
* Before The Willennium (1999)
* The Very Best of D.J. Jazzy Jeff & The Fresh Prince (2006)

Miscellaneous
* 1991 - Deep, Deep, Trouble with Bart Simpson and the remixes; from The Simpsons Sing the Blues
* 1997 - Jazzy Jeff's Theme; from the album Nuyorican Soul
* 1998 - "When To Stand Up" featuring Eminem
* 1998 - I Don't Know by Slum Village (scratches); from the album Fantastic, Vol. 2
* 1999 - The Next Movement by The Roots (scratches); from the album Things Fall Apart
* 2004 - Mirrorball (DJ Jazzy Jeff Full Sole Remix) by Everything But The Girl; from Adapt or Die: 10 Years of Remixes
* 2005 - Papa Was A Rollin' Stone (DJ Jazzy Jeff & Pete Kuzma Solefull Mix) by the Temptations; from Motown Remixed.
* 2005 - Lost & Found by Will Smith; produced intro song Here He Comes and several DJ scratches on several tracks
* 2005 - The Minstrel Show by Little Brother; Scratches on the song Watch Me.
* 2006 - Feel It (Jazzy Jeff Soulful Remix) by the Black Eyed Peas; from Renegotiations: The Remixes
* 2006 - Night in Tunisia (DJ Jazzy Jeff Remix) by Duke Jordan
* 2007 - Ear Drum by Talib Kweli; Scratches on song NY Weather Report.
* 2008 - Get Busy by The Roots (scratches); from the album Rising Down.