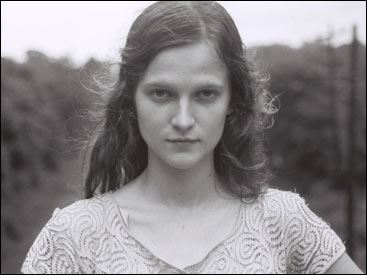 Devon Sproule (born 23 April 1982, in Kingston, Ontario) is a Canadian folk-blues musician based for many years in Charlottesville, Virginia, and latterly in Berlin, Germany. She released her first album when she was 16. In 2009 she shared the prestigious ASCAP Foundation Sammy Cahn Award with Oren Lavie. She married American singer-songwriter Paul Curreri in 2005.
A talented singer and songwriter, Sproule began her musical career when she was still an innocent-eyed child. She managed to record two full-length albums and tour with some of the music world's biggest names even before she hit the age of 20. Her first album drew rave reviews from most critics and put her on the often rocky road toward stardom.
Sproule was born in Kingston, Ontario, Canada, in the spring of 1982. She grew up in a household filled with music and family and friends. She admits some of her influences include Bikini Kill, Frank Zappa, and even some of the classic rock & roll groups her parents loved, like the Beatles. At a young age, Sproule practiced vocal harmony with her father. Later she used his old guitar to strum out her first tentative notes. By the time she was 15, she was putting her musical talents to work, playing in front of local places for change from those who stopped to listen. There was never any other dream in her mind but music, and luckily no one to tell her it was the kind of dream that was out of reach.
When Sproule was still in her teens, she recorded her debut album, a self-titled offering filled with original songs released in 1999. That album -- really, her voice on that album -- drew a lot of interest, and in the end landed her a spot touring as a side act with the very popular Dave Matthews Band. One tour turned into two. For 2001, Sproule released a second album, LONG SLEEVE STORY, under the Three Word Records label. She had some pretty impressive help on her sophomore release, such as drummer Nate Brown, bassist David Saull, trumpeter John D'earth, and bass player Stefan Lessard, who also served as producer for the album.
Sproule's 2003 CD, UPSTATE SONGS, (Tin Angel Records) was included in Rolling Stone's “Critics Top Albums of 2003”. Critic Julie Gerstein called the record “perhaps the sweetest and most honest folk-pop album recorded this year,” and added, “Sproule's vocal and lyrical beauty is unmatched."
2007 brought the release of her 'getting-married' (to songwriter Paul Curreri) CD, KEEP YOUR SILVER SHINED (Tin Angel Records). Produced by Jeff Romano in the heart of Virginia’s Blue Ridge mountains, this CD highlights Sproule’s talent for combining Appalachian, folk and jazz influences. From the front porch thump of "Old Virginia Block" to the high lonesome traditional "The Weeping Willow,” featuring Virginia-native Mary Chapin Carpenter, the record finds Sproule making another important contribution to the Great American Songbook. The New Yorker magazine: The nimble singer-guitarist Devon Sproule chronicles her ongoing love affairs with humanity, nature, and the state of Virginia. She performs with a sweet, round diction that shines through even her most ornate imagery and rambunctious melodies. In July 2007 Devon graced the cover of fRoots magazine in the UK; the first America-based artist on the cover this decade.