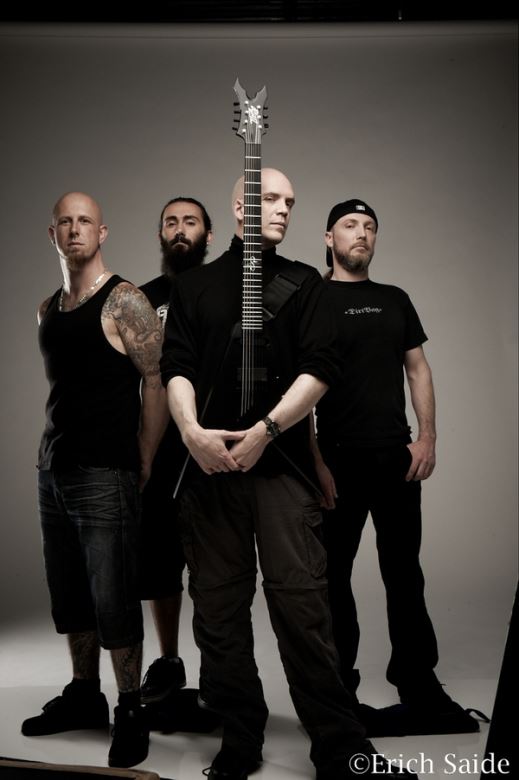 Devin Townsend Project began where Ziltoid the Omniscient left off, with Devin Townsend at the helm. The project was a planned four-album series, where instead of assembling one static band, like in The Devin Townsend Band, or performing the entirety of the music himself, as in Ziltoid the Omniscient, the Devin Townsend Project would feature a completely different line-up of musicians for each release. After the success of the first four albums, Devin Townsend decided to continue working under the Devin Townsend Project moniker, releasing his fifth album for the DTP, Epicloud in September of 2012.
The latest release, Z² (short for Ziltoid 2; pronounced "Zed squared") is a double album released on October 27, 2014. It consists of two albums released together: a Devin Townsend Project album, Sky Blue, and a "Ziltoid" concept album, Dark Matters, a sequel to Townsend's 2007 solo album Ziltoid the Omniscient. The main theme of the double album is, according to Townsend, "Ziltoid against the world".
The first album, Ki, was released in May 2009. For Ki, Townsend recruited veteran jazz drummer Duris Maxwell, local bassist Jean Savoie, and the former keyboardist for The Devin Townsend Band, Dave Young. Devin has also recruited Ché Dorval as an additional vocalist.
The second release was titled Addicted. Intended to be a heavy, simplistic, and straightforward rock album, it serves as the bridge from the quieter Ki to the expected zany metal tones of the album following it. The line-up for this album was Ryan Van Poederooyen (also a veteran of The Devin Townsend Band) on the drums, another member of the DTB Brian Waddell on the bass, and Anneke van Giersbergen (notable from The Gathering, Agua De Annique and Ayreon) on guest vocals.
There was an EP released in early 2011. It was only available online (free to download) and named European Tour EP. It featured five live songs, mostly consisting of material from Devin Townsend's solo albums. See more here: http://www.discogs.com/Devin-Townsend-Project-European-Tour-EP/release/2718333
The third and fourth albums were called Deconstruction (which features an array of notable metal musicians and vocalists) and Ghost. Deconstruction and Ghost were released on June 20th, 2011 for both.
Deconstruction features a number of prominent metal musicians as guest vocalists, including Mikael Åkerfeldt, Tommy Giles Rogers, Fredrik Thordendal, Paul Masvidal, Joe Duplantier, Greg Puciato, Ihsahn and other members, including the Prague Philharmonic Orchestra.
Conversely, Ghost has a static lineup and "is the mellowest (by far) and prettiest record I've done so far" according to Townsend. The album features Katrina Natale, Mike St-Jean, Dave Young, and Kat Epple along with Townsend himself.
The fifth album, Epicloud, features the widest array of sound for the Devin Townsend Project. A full-length pop-metal album, akin to Addicted, Epicloud boasts 13 positive, in your face, pop-metal songs that distinguish Devin from the large majority of contemporary metal bands. Epicloud's line-up features no new musicians for Devin Townsend, and sees the return of Anneke Van Giersbergen on vocals, Ryan Van Poederooyan on drums, Brian Waddell on bass, and Dave Young on guitar and additional keyboards.