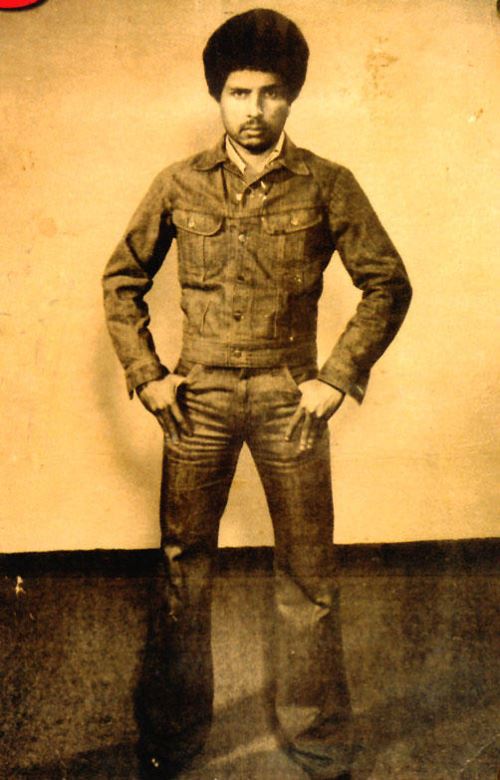 Dennis Alcapone (born Dennis Smith on August 6, 1947 in Clarendon, Jamaica) is a reggae DJ and producer.
Smith initially trained as a welder and worked for the Jamaica Public Services. Inspired by the big sound systems that he had visited in his youth such as those run by Duke Reid, Coxsone Dodd and Prince Buster, and particularly King Tubby's Hi-Fi, which featured the DJ U-Roy, and the Kentone sound system featuring DJ Pamapdo, Smith teamed up with two friends to set up his own "El Paso" sound system in the late 1960s.
With Smith as DJ, the El Paso sound system grew in popularity and caught the attention of producer Keith Hudson, who asked him to record for him, starting with "Marker Version", with hits soon following in the form of "Spanish Amigo", "Shades Of Hudson", "Revelation Version", "Maca Version" and "The Sky's The Limit", all in 1970.Smith then moved to Coxsone Dodd's Studio One where he decided on a change of name, 'Al Capone' being a nickname that had stuck with him since going to see a gangster movie with friends. This resulted in the "Nanny Version" single, which was another big Jamaican hit. Producer Duke Reid then employed the DJ on a series of singles in 1971 and 1972 such as "Number One Station", "The Great Woggie", "Teach The Children", and "Musical Alphabet", and in the same era, Alcapone also recorded singles for Bunny Lee including "Ripe Cherry" and "Guns Don't Argue". In the period from 1970 to 1973, Alcapone made over 100 singles and released three albums, for a range of producers including Hudson, Dodd, Reid, Bunny Lee, Lee Perry, Joe Gibbs, Prince Buster, Alvin Ranglin, Prince Tony Robinson, J.J. Johnson and Phil Pratt. Alcapone had his own distinct half-sung style with high-pitched whoops, with his influence clearly visible in DJ's that followed such as I-Roy and the later "sing-jays". The second-wave DJ Dillinger initially named himself after Dennis Alcapone, using the name 'Young Alcapone' before changing his name at the suggestion of Lee Perry.
He also began working as a producer, working with artists such as Dennis Brown, Augustus Pablo and Delroy Wilson, as well as self-productions. After several international tours in the first half of the 1970s, Alcapone relocated to London, England in 1975, after which he became less active musically, although still recorded occasionally, and returned to live performance at the WOMAD festival in 1989.