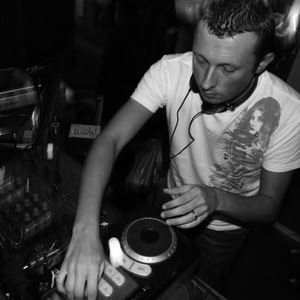 Dave Skywalker, who runs Endor Recordings, has always been into electronic music. By 1986, at the age of 8 he was listening to US house music, having purchased his first record - Steve Silk Hurleys "Jack Your Body" - and was already annoying his neighbours with that "boom boom boom" music. As house inevitably moved into hardcore around 1990, Skywalker was known at secondary school simply by his nickname: "Hardcore"!
During college in 1994, Skywalker began to produce hardcore mix tapes for friends and by 1996 had began producing his own music using free software under the name "DJ Skywalker", distributing these tracks himself under the Mad-P e-mailing list he ran. During 1996 to 2000 he played in venues around Bournemouth, UK, as part of the University student union, most notably Bournemouths lapdancing club "LoveSexy" and The Gardening Club. In 1999 though the assistance of Lee Richardson aka DJ Delirious he released his first dubplate, "Time and Time", and played a few guest slots on London-based "interFACE" radio. After graduating in 2001 Dave Skywalker released his first vinyl single on Nu Underground Recordings which he ran with companions DJ Hattrixx and DJ Dizzy. This was the now infamous, and considerably remixed, "Killerwhale", credited with being the first breakbeat hardcore tune released in the new 'old-skool' style, premiered on London's Hyper FM and remixed by numerous artists including Kniteforece legend Luna-C (part of old skool act Smart E's).
Dave's released tunes on vinyl, CD, and digital formats on such labels as Hardcore Lives, Paranoid Recordings, Kniteforce, and the co-operated Nu Underground and Breakbeat Hardcore (BBHC) recordings and has worked collaboratively with many artists including Luna-C. He now maintains a steady stream of releases, focusing mainly on the hardcore breaks genre of dance music, and in 2009 commenced work on his neo-rave label, Endor Recordings, including artists such as Wizbit, Bustin, Skampy, Deluxe, and many more. In 2009 Dave also began work in collaboration with trackitdown.net to produce the worlds largest legal old skool digital download store - oldskoolmp3.com.
Daves achievements have not gone un-noticed - in 2006 he was runner-up for best up and coming DJ at the Old Skool Awards, and the same year he was runner-up for best up-and-coming producer in the Musik4You Awards. Fast forward to 2010 and he was runner-up for the same categories in the Nu Rave Awards, this time not an up-and-comer, but fully fledged DJ and producer, only beaten by the one-and-only DJ Slipmatt! That same year he won the award for Best Radio Show, here on Breakpirates.
Dave appears at rave events around the country, and predominately plays hardcore with a breakbeat slant, but is also known for well known for playing old skool and also harder neo-rave sets at raves like the infamous Bang Face, and other overseas bookings (in 2010 Dave has travelled to Hungary, Belgium, Sweden and Canada). In recent years Daves popularity has been growing, thanks not only to his award nominations, but also due to bookings at venues such as the Ministry of Sound and events such as Raindance, Moondance, Bang Face, Hysteria, Epidemik, Vibealite, History of Hardcore, and other smaller events such as High Voltage and Cruze In. He is regularly invited to guest alongside DJs on their own radio shows in addition to presenting his own mid-week show for the past seven years on breakpirates.com.