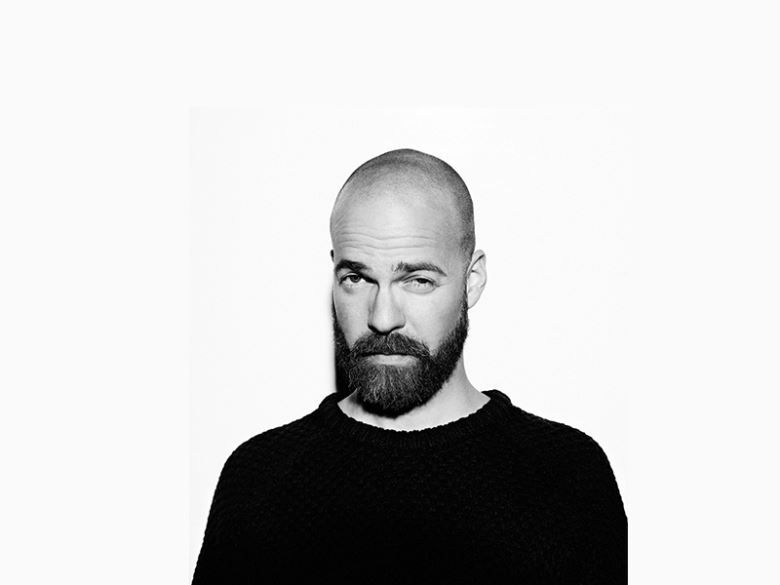 There are several artists and bands with name Curse
1) Curse (born 6 September 1978 as Michael S. Kurth) is a German rapper from Minden. The name "Curse" is inspired by the English pronunciation of his family name.
2) Curse is also the name of a Black Metal band from Iceland, formed in 1995. Their lyrical themes are Nordic mythology and mysticism. They released 2 demos and 3 full-length albums.
3) A black metal band from Finland (split-up)
4) Curse is Michael Hansen, a minimal techno producer who released his work primarily on the Thinner netlabel.
5) Curse is a two-piece electronic/doom band. Jane & Logan formed Curse in the fall of 2011. Curse is Logan Terkelsen (ex-Pfisters) and Jane Vincent (ex-Abiku). http://cursebaltimore.bandcamp.com/
-----
1) German rapper.
Biography
Curse has had a long musical past. In his youth, he played songs like "Zwei Mal In Den Kopf" in his former band Phat Kicks. In the 90ies, his band had gigs in the area of Stadthagen.
On his first album Feuerwasser (released in 2000), his lyrics have already been self-reflected and they have handled with things that had happened in his life, but also contained classical hip hop tracks such as representing- and battle-tracks. He especially raps about abortive relationships and admits mistakes to himself. For that reason, he is a kind of an outsider in the hip hop scene. The beats on Feuerwasser and many other releases are often produced by Sascha Bühren aka Busy.
In 2001, his next album Von Innen Nach Außen (which means something like "inside outwards") was released. On this album, Curse continued his style and the lead single "Lass uns doch Freunde sein" was distinguishing from current rap clichés and thus gaining attention even outside the hip hop scene. The German hip hop magazine Juice rewarded this album with the title "Best National Album". This album has even been released in Japan. It reached the German Top-Ten Charts.
On his third album Innere Sicherheit his style changed in many aspects: While the beats on his previous albums were mainly produced electronically, the beats on this album are produced with a wide range of instruments: From sophisticated instrumentals with classical transverse flutes (Ich Versteh Dich) over the Crossover song "Schocktherapie" to the very emotional "Und Was Ist Jetzt?", a piano ballad, there is an broad musical array, which emphasizes and accompanies with the deep lyrics. Also an increasing amount of political society-critical texts can be detected, whereas he is not ignoring his 'old' topics. In this frame also the single "Widerstand" has originated with the German Reggae-Artist Gentleman.
Also with the cooperation with upcoming talents he acquired renown. So, for instance, he afforded Italo Reno & Germany as soon as Stress und Trauma the opportunity to present themselves to a general public with guest appearances on his releases and not least by his artist platform Alles Real Records. Over the Years he made many collaborations with various German and international artists, among others with Kool Savas, Xavier Naidoo, Max Herre (Freundeskreis), Samy Deluxe, J-Luv, Braz (4Lyn), Patrice, Black Thought (The Roots), Pete Rock and RZA.
On December 2, 2005 Curse released his fourth Album Sinnflut. The lead single "Gangsta Rap" entered the German charts on position 25. On Sinnflut Curse returns to his roots, as if the experimental album Innere Sicherheit had never existed. With deep and very private songs as "Kein Weg zurück" or "Mein Leben", or the represent tracks like "Der Fluch" or "Broken Language Reloaded" featuring Samy Deluxe, which is a remake of the classic "Broken Language" from Smoothe Da Hustler Feat. Trigger Tha Gambler from 1995, the record has become homogeneous and multifaceted. Curse fulfilled himself a childhood dream with the features with Black Thought (of The Roots) and the producer legend Pete Rock. Latter has been persuaded to sing the hooks and shout outs, which he did for NAS before.
In 2005, between The Albums "Innere Sicherheit" and "Sinnflut", Curse did a Project with 3 swiss Rappers/Producers (Greis (PVP), Taz (Tafs), Claude (Sektion Chuchichästli)). What started as a short Vacation together, ended in a full-length Album. The Swiss Rappers Greis and Taz rapped in Swissgerman (Dialect), Curse in German, Claude was Producer.
In August 2006 Curse released his Best-of Album "Einblick zurück" - in English maybe "Impression Back". This Album covers his greatest hits from 1996 - 2006, ten years of German Hip Hop. The Album is more of a mixtape, the Tracks were mixed by DJ Kool GQ and DJ Kitsune.
2) Black metal band from Iceland.
Discography:
1999 - Dimension of scattered sound and silence (demo)
2001 - Cursed Be Thy Name
2001 - Battlefield of the Gods (promo tape)
2002 - Victory through total domination volume III
2002 - Dead Sun Rise
2006 - Slaughter of the Stars
2007 - In Life & In Death / Verden og Fanden (split with Sykdom)
Official site: http://curse.helviti.com/