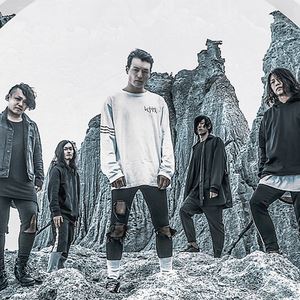 There are five bands under the name Crystal Lake:
1) Japanese metalcore band:
Crystal Lake started out in the summer of 2002, heavily influenced by mid-90's hardcore, they prepared to make their impact on the Tokyo hardcore scene. Late 2002 saw the search for a new singer, but by January 2003 they had settled with current line up and were one again ready to go. 2003 saw a busy year, with two tours, including South Korea, and three releases. The demo "Freewill" was released in February in time for the show in Korea which they were invited to by Gmc Records. A second demo "One Word Changes Everything" came out in July, and a self released 4 track EP, also entitled "Freewill" was released in September, 1000copies were made and sold. September 2003 also saw Crystal Lake play 5 shows with Day Of Contempt (AUS). In 2005 the band released a split CD with Risen (USA) & Unboy and also toured in Malaysia.
Crystal Lake performed at "Independence-D" (Most famous indie music festival in Japan) on February 2006. The 1st full length album "Dimension" was released on 5th July 2006! it is released by Imperium Recordings. We hope you will all listen and enjoy! Since the release of the album, they have done the "Dimension Tour", which was recieved well by kids from all over Japan who love to go wild to Crystal Lake savage technical breed of hardcore. Crystal Lake performed at "Metal Presentation 2007" with I Killed The Prom Queen (AUS) and Chthonic (TAIWAN) on February , "Hatebreed Japan Tour 2007" on March and "Rockstar Taste Of Chaos 2007 in Japan" on November.
Crystal Lake / Cleave split CD was released on 24th May 2008. Crystal Lake performed at "Rockstar Taste Of Chaos 2008 in Japan" on November. January 2009 also saw Crystal Lake play 5 shows with Parkway Drive (AUS) and Shai Hulud (USA).
The brand new album "Into The Great Beyond" out November 3, 2010. On Jun 2011, Kentaro leaves the band.
On Mar, Yusuke leaves the band. We announced new singer Ryo on July. "Today, we are pleased to announce the newest addition to the Crystal Lake Family, please give a warm welcome the new vocalist Ryo.". Next day we announced support drummer Gaku. We released new single "The Fire Inside / Overcome" on Sep 5. Mixed and Mastered by Brian Hood at 456 Recordings. January 2013 also saw Crystal Lake toured with As Blood Runs Black (USA) and Confession (AUS). On May, 2013 they toured with The Ghost Inside and Continents. After that they shared the stage with Emmure and they toured across Japan on the Sumerian Tour 2013 with Born of Osiris, Upon A Burning Body and Her Name In Blood. 2013 was big year for them. They supported tours for coldrain, Her Name In Blood, Crossfaith, Before My Life Fails, SiM, and TOTALFAT.
On Feb 9, 2014 they played on the Scream Out Fest 2014 with The Devil Wears Prada, Periphery, The Word Alive, Fear, and Loathing in Las Vegas, and Her Name In Blood at Studio Coast Tokyo. On Mar, they toured on the Redline BEGINNING TOUR 2014 with My First Story and NOISEMAKER. 2014 On Apr 12, 2014 they played on the Monster Energy Outburn Tour 2014 with coldrain, Crossfaith, and Miss May I at Sapporo. On Aug 6, they released new EP called "Cubes" through Cube Records. Cubes debuted at #5 on the Oricon (Japanese music chart) indie weekly album chart, #27 on the Orican daily album chart, #45 on the Orican weekly album chart. On Sep 1-9, they played on the Crossfaith - Across The Future Tour with Crossfaith, We Came As Romans, and While She Sleeps. On Oct 25, they started "Cubes Tour 2014". On Nov 15, they appeared on the Knotfest Japan 2014 day 1. Nov 29, they played on the FACT - Rock-O-Rama. On Dec 7, they released 4way split album "Redline Riot!!" with NOISEMAKER, Survive Said The Prophet, and wrong city. On Dec 14, Cubes Tour 2014 Tour Final (Sold Out show). They played on the MADOllie 2014 winter.
On Jan 10-27, they played on the Redline Riot Tour 2015 with NOISEMAKER, Survive Said The Prophet, and wrong city. On Feb 12-15, they played on the Zestone Records - Brotherhood Tour 2015 with Prepared Like A Bride, Villes, Before My Life Fails, Survive Said The Prophet, and Keep Your Hands off My Girl. On Mar 2-23, they will be playing on the Monster Energy Outburn Tour 2015 with FACT. It's headlining tour.
Official Website: http://crystallake.jp/
2) Dance group:
Alex Moerman & Paul Gorbulski, two of the currently most happening Dance producers in Europe, are the creators of Crystal Lake.
Their unique style is Hands Up – a mixture of Eurodance & Hard Dance, but always flavored with House, Trance, 80's, Rock or Electro elements.
In studio, Alex contributes the beats and sound design. He Used to play the drums and therefore has a great ability in creating the right groove for Crystal Lake's tracks.
Paul is in charge of the melodies and the lyrics. When Paul was a kid he used to play the violin, after training for 1 year he threw the violin against the wall and broke it! Guess that wasn't meant to be. After his unsuccessful violin experience Paul started taking piano lessons, which lasted for 8 years!
Crystal Lake was founded in Friday 13th 1999, since then Alex & Paul were busy breaking their own personal records, always aiming higher & higher towards their ultimate goal – Becoming one of the most influential dance music acts in the world.
Over the years Crystal Lake had numerous amounts of live shows, dozens of top chart positions, over 2 Million views on YouTube, their own radio show (Crystal Nation) with over 13,000 listeners and are regularly featured on compilations such as Dream Dance (Sony), VIVA Club Rotation (Ministry Of Sound) & Future Trance (Universal).