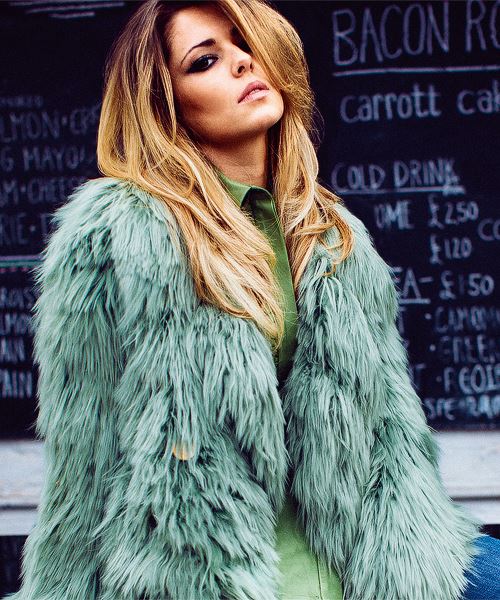 There are several artists with this name:
1) Formerly Known As Cheryl Cole.
Cheryl Ann Tweedy (better known as Cheryl Cole; born June 30, 1983 in Newcastle upon Tyne, England) is an English singer, songwriter, dancer, and model. She is one of the five members of girl group Girls Aloud.
Rising to fame in late 2002, Cole was selected to become a member of girl group Girls Aloud on ITV's reality television programme Popstars The Rivals. Cole's first solo performance was on American rapper will.i.am's Heartbreaker in 2008. She was picked to appear as a dancer in the video after taking streetdancing classes during the filming of the ITV2 series The Passions of Girls Aloud, in which the members of the band achieve something they had always wanted to do, other than sing. She was later asked, by will.i.am, to sing additional vocals on the track.
In April 2009, Cole started working on solo material. Her debut album, 3 Words, was released in the UK on 26 October 2009. Cole was reunited with will.i.am for the album, in addition to collaborating with Fraser T. Smith, Syience, Danish production team Soulshock & Karlin, singer-songwriter Taio Cruz, Wayne Wilkins, and Steve Kipner. Recorded in Los Angeles and London, Cole mainly collaborated with will.i.am of the Black Eyed Peas, the executive producer of 3 Words. It crosses from contemporary R&B, dance pop, house and a more general pop sound.
3 Words spent two weeks at number one. On 6 November 2009, BPI certified the album Platinum, denoting shipments of over 300,000 units. It later tripled this feat. The first single from the album, Fight for This Love, was written by Andre Merritt, Steve Kipner and Wayne Wilkins, and produced by Steve Kipner and Wayne Wilkins. According to Cole, it was released as the lead single because she "connected with the song so well". Following a performance on The X Factor live results show, Fight for This Love became the fourth best-selling single of 2009 in the UK. It charted at number one on both the Irish and UK Singles Chart. In 2010, Fight For This Love went to number one in Denmark, Norway and Hungary. The single was later certified platinum in the UK. Cole's second single 3 Words, which features will.i.am, went to number 4 in the UK and seven in Ireland. In 2010, the single was released in Australia and charted at number 5 and was certified platinum. The third single, Parachute, charted in the top five in both the UK and Ireland. The single was certified silver in the UK. From May to July 2010, Cole was the opening act for The Black Eyed Peas at the British shows (as well as some European dates) of The E.N.D. World Tour. Chris Johnson of the Daily Mail wrote, "she was supposed to be the support act. But as it turned out, Cheryl Cole ended up being the main event".
In March 2010, Cole stated that she had begun working on a follow up album to 3 Words, which she hoped to release "later on in the year". Cole's second solo album, titled Messy Little Raindrops, was released on 1 November 2010. The album's first single, Promise This, was released on 24 October 2010 and became her second number-one hit in the UK. The album was largely produced by Wayne Wilkins, but Cole also reunited with will.i.am, with collaboration from J. R. Rotem, Starsmith, Al Shux, and Free School for the first time. The album also features guest vocals from August Rigo, Dizzee Rascal, Travie McCoy, and will.i.am. The album's lead single, Promise This, went straight to number 1 in the UK, selling 157,000 in its first week. A week later, Messy Little Raindrops was released, charting at number 1 in the UK, 2 in Ireland and 7 in Europe.
--
2) Cheryl Woodruff-Brooks is a Soul/RnB singer from Cleveland, Ohio having released the album My First Love and the single Can't Do Without You on her own label cheryl in 2012.
--
3) Cheryl Ver"Nikki" Phillips was born in Atlanta, GA, growing up in the Kirkwood neighborhood of East Atlanta. Cheryl began playing the piano at 12 and studied briefly with renowned singer, director, musician, Diva Robin Brown, and then self-taught herself on the style she now plays, a mixture of smooth Jazz, Soul and R&B. She released her album Pillow Talk by Cheryl on her own recording label Phillips Recording, Inc. in 2003. Cheryl is her own producer, publisher, booking agent, accountant, marketing director, etc. She plays all the instruments herself and all of the vocals.
--
4) Indian singer Cheryl Balwani from Mumbai also uses her first name on her releases, see the MusicBrainz profile in the sources for an overview of her songs on Various Artists compilations.