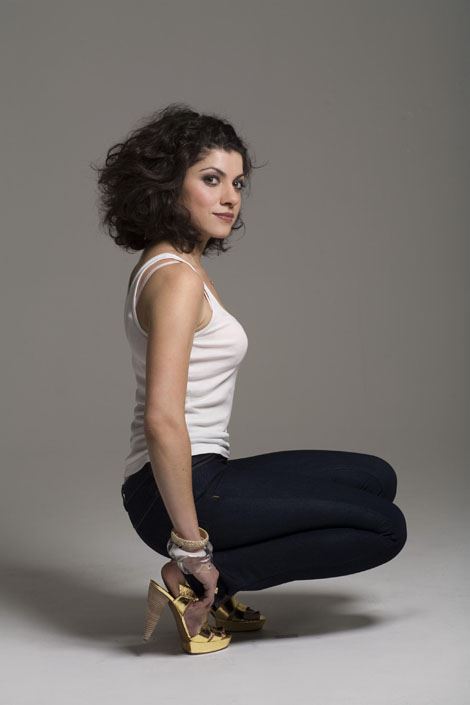 Love and family have always been sources of inspiration for critically acclaimed singer/songwriter/musician Carrie Rodriguez, but never have they featured so prominently than on her brand new release Love & Circumstance, a covers album that includes songs written by her father, and once performed by her great aunt.
Rodriguez' journey from teenage violin student to touring the world with the likes of Chip Taylor (famed songwriter of "Wild Thing), Lucinda Williams and Alejandro Escovedo, has resulted in a prodigious output of recordings - eight albums in as many years - for the young musician; with the new album, Carrie relies on others to handle the songwriting duties, she provides the interpretations.
"In 2009, after a very busy few years, I felt like I should take a step back and assess the situation," she says, during a quick stop between tours. "The idea of doing a covers record had been developing for a while, and had been prompted by requests I get at every show for a recording of some of the covers I play live, especially 'La Punalada Trapera.' I stated to wonder what kind of album I could make that would be a fit for that song."
Besides the contributions from her immediate family, Love & Circumstance, includes compositions from her extended musical family and friends, including John Hiatt/Nick Lowe/Ry Cooder/Jim Keltner (aka Little Village), Buddy Miller & Julie Miller, Gillian Welch & David Rawlings, Richard Thompson, Townes Van Zandt, M. Ward, Merle Haggard & Bonnie Owens, Hank Williams, and Lucinda Williams.
"It was very important for me to go back to my roots with this record and concentrate on what was important to me," Rodriguez explains, "songwriters like Richard Thompson, Townes, Hank, they're the ones who initially inspired me." And Rodriguez' inspirations are being admired, with Thompson exclaiming "It is always a thrill to write a song and have someone else take it to unexpected places. Thank you (Carrie) for the heartfelt and impassioned performance."
Rodriguez' professional career was launched in 2001 after a show at South By Southwest introduced her to Taylor, with whom she has recorded four full albums and an EP. Her musical development started much earlier, however, and at the hands of an equally seasoned songwriting veteran, her father David Rodriquez. "My dad gave me a Leonard Cohen record for my ninth birthday! I hated it. But of course I rediscovered it at thirteen and loved it." By fifteen Rodriguez and her dad were touring the Netherlands together; chops were being honed.
Rodriguez' maternal side of the family also influenced her musical upbringing. Not only was her mother a fanatical opera enthusiast, her great-aunt, Eva Garza, was a popular Latin recording artist in the 50's, and it was from Garza that Rodriguez first heard 'La Punalada Trapera,' which soon became a mainstay in her live set. Having family friends include Lyle Lovett, who invited Rodriguez to sit in with his band when she was at college, also helped her develop as a performer.
The list of bold faced names that have come into Rodriguez' orbit over the years also includes Lee Townsend, the famed producer, who collaborated with Carrie on the selection of songs for the album, and ultimately produced the project at her new label's (Ninth Street Opus) studios in Berkeley and at the renowned Fantasy Studios.
As might be expected from her and Townsend's A-list connections, the list of players on Love & Circumstance includes a sterling roster of music greats including Bill Frisell (guitars), Greg Leisz (pedal steel & slide guitars), Aoife O'Donovan (background vocals), and Buddy Miller (background vocals).
"Greg Leisz is the greatest pedal steel player in the world, and for someone with a Bill Frisell record collection getting to play with him is a dream," gushes Rodriguez, reminding us that despite a decade and a half in the trenches she's still a young (31) and impassioned music fan.
Those who have been following Carrie Rodriguez throughout her career will find Love & Circumstance an exciting addition to her oeuvre, new fans will get a glimpse of the rising star's influences; both will revel in the sterling musicianship and heartfelt interpretations of new and classic songs.
"This is a really important record for me,' says Rodriguez, 'not just because it gave me the chance to go back to my roots, but also because it celebrates my family."
And for those who need a more intimate experience with Carrie Rodriguez, you'll find her where she started, live and on the road.
02/10 - A. Pollock