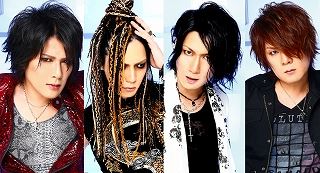 There are at least seventeen bands called C4:
1. a Hardcore band from Bulgaria
2. A rapper from Texas, United States
3. An electronica artist from Ohio, United States
4. A side project of Michael Angelo Batio, a musician from Illinois, United States
5. A DJ from China
6. A hip-hop duo from Florida, United States
7. A rock band from Japan
8. an experimental artist from Belgium
9. A rock band from the United States
10. A reggaeton band from Chile
11. A DJ from Hungary
12. A reggae musician
13. A rapper from New York, United States
14. A metal band from South Africa
15. A grime artist from UK
16.A Portuguese redskin Oi band from Setubal,south of the country.
17. An Indonesian indie band from Malang
1. - C4 is a hardcore band from Sofia, Bulgaria. Formed in 2005 as a side-project of two Last Hope members (vocalist and frontman Alexander (Chico) and Kosio (drums)), Pavel (bass, Т.В.У.) and Emil (guitar, Switchstance), C4 has grown out to be a separate hardcore/punk band.
2. - C4 is a rapper from Missouri City, Texas. His latest album is his 2008 release "Amerikan Terrorist". It features many guest appearance, the most noteable by South Park Coalition founder and Houston rap veteran K-Rino, on the album's magnum opus, "So Long". C4 bounces between glorifying the street hustle and decrying its often-violent outcomes and the loneliness and emptiness it can leave one with. Hehe pretty dope.
3. - C4 is also a pseudonim of Adam Crammond, an electronica music artist from Ohio, USA and head of the netlabel Proc-Records.
4. - C4 is also Michael Angelo Batio's side project.
5. - A Chinese DJ who calls himself C4, known by the hitsong "Chinese Hero".
6. - C4 are also r&b/hip-hop/experimental trio from Florida, USA.
7. - Ｃ４ is also a Japanese rock band founded in July 2007. The band consists of Toki (ex-Kill=slayd, vocals), Shunsuke (ex-JILS, Guitar), Ren (ex-Da'vidノ使徒:aL, JILS, Bass), and Tomoi (ex-Laputa, Drums).
8. - C4 is also a new musicproject formed by the Belgian experimental/electro artist Skibord.
9. - C4 Was formed in the winter of 2002 by founding members:
Joe Stedman (lead vocals and acoustic guitar)
Bill Francis (lead guitar and backing vocals)
John York (bass guitar and backing vocals) and
Nick Morello (drums and backing vocals)
10. - C4 is a Chilean band of reggaeton that fuses the R& B, electronic, pop and cumbia in each of its songs, like "Quedate"
C4 Has developed a unique blend of crunchy guitars, heavy chop based rhythms, acoustic guitars, and melodic vocals. The sound has been described as modern acoustic metal. C4 is now booking a fall tour to begin in their home state of Connecticut, and conclude in Chicago, Ill.
C4 released their self titled EP at the Webster Theater in Hartford, CT. on August 28th 2004. The WB network was on hand to shoot footage for a new TV series that showcases up and coming bands from around the U.S. and Canada. A near capacity crowd was on hand for the release party.
C4 has shared the stage with national acts : Tantric, Puddle of mud, Three days grace, silver tide.
10. - C4 is a hungarian DJ.
11. - C4 are a Jungle/Drum'n'Bass outfit formed from Alan Brown, Andy Brown and Steve Gurley.
12. - C4 is also a reggae artist, a member of Otis Riddim Records.
13. - While [place