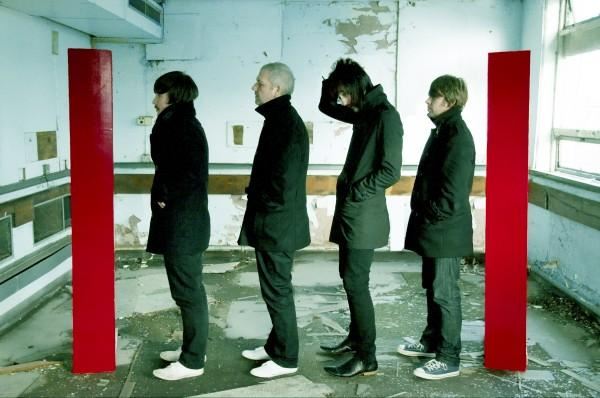 THE BIOGRAPHY
Carlisle in the North West of England has always played a pivotal role in British history. During the Middle Ages because of its proximity to Scotland, the Roman’s established the forts on Hadrian’s Wall, which once served as a prison for Mary Queen of Scots. Then during the Industrial Revolution it played a huge part in transforming the North into the heart of textile manufacturing. In recent years it’s given the sporting world a wealth of stars including England footballers Kevin Beattie and Matt Jansen, and lets not forget TV’s Emmerdale soap personality, Roxanne Pallette! But it’s with music that the latest set of stars are set to make their mark once again and put the Northerly border town on the map.
Welcome then to the dynamic, Burn The Negative, saviours of new-wave electronica pop, with a brace of singles ready, the first being ‘Wonder Why’, which was rightly called “a future guitar anthem for the club market” by M8 magazine. Burn The Negative are about to launch their debut album, ‘In The Atmosphere’, on the very eclectic record label Gung Ho!
If Mark Baker’s name sounds familiar, that’s because the multi-faceted producer has had several aliases over the years with fellow Burn The Negative cohort, Gary Little – the two recording together for some 15 years, most recently to huge acclaim as house music chameleons Lil’ Devious and Percy Filth. Remember the tongue-in-cheek ‘Show Me Your Monkey’ as Percy Filth (Norman Cook loved it so much he signed it to his label) or the disco delight ‘Come Home’ and the Balearic favourite ‘A Latin Thing’ under their Lil’ Devious guise?
With a host of collaboration’s under their belt, such as Mick Karn of 80’s visionaries, Japan, Soul legend Leee John of Imagination and even a certain Calvin Harris too. Mark says “Calvin was only 16, when we signed his first ever record to our own label, we helped him produce his first EP… before he was later known as Calvin Harris of course. In fact I used to take the lanky f**ker home on a night too!”
Back to Burn The Negative, Mark carries the vocal duties, and became the main song-writer for the debut album, Gary Little, the ‘technician’ also kept his hand in on some song writing and synth programming. On Bass/synths there’s Gareth Milburn, who has a mass of experience having played in numerous bands over the last decade, on guitars/textures and backing vocals is Lee Smith having previously played with bands touring the UK live circuit of dark holes.
Describing their sound as “kamikaze new-wave-electro pop”, Mark thinks there’s a real dance music heritage within the band, with a back catalogue of real released music and musicians who can actually write songs that makes them standout in an already packed market place. Drawing inspiration from a myriad of sources, they cite Japan, David Sylvian, Gary Numan, Sonic Youth, Bowie, Baby Ford, Nine Inch Nails and a dozen others for shaping where they are today. “Many things inspire us to be in a band”, continues Baker. “Certainly many of them have inspired us into the genre of dance, but we’ve all got our own individual musical inspirations, mainly from other eras that goes back way before our love of dance music as we know it. It begins with the early new romantic and new wave movements and the post punk years, up to the industrial and indie sides of the ‘90s.”
Signed to Gung Ho! Recordings, the forward thinking label’s catalogue includes Icelandic tech-soul stars Gus Gus, Swedish electronica innovators Zoo Brazil, acoustic stars Petter & The Pix, and one of 2008’s biggest successes, The Japanese Popstars. And now there’s Burn The Negative who fill a much-needed void not only on the imprint’s roster but in a genre that’s crying out for a leader.
Burn The Negative’s strength, is their ability to deliver what audiences want without diluting it for the mass market, yet in doing so, that’s exactly what they’re achieving – broad appeal with enough passion to energise the airwaves but with a measure of restraint. A unique concoction of energetic trashy disco blended with electro beats, new romantic rhythms and the spirit of ‘70s punk, ‘80s rock and ‘90s house.
The album, ‘In The Atmosphere’, partly recorded at the legendary Abbey Road Studios, has already been described as “possessing epic keys, huge guitar licks and percussion to drive nails into floorboards!” Next up is the live experience coming to a stage near you soon. For future updates check their MySpace page.
Lewis Dene 2009 DJ Mag | BBCi