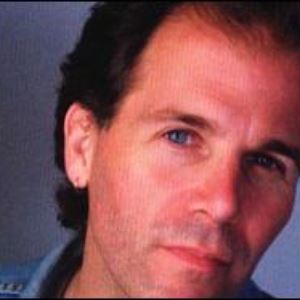 Brooks Williams (born November 10, 1958, in Statesboro, Georgia) is an American acoustic guitarist and singer/songwriter. His style combines roots, jazz, blues, classical, and folk. Since 1989 he has been releasing albums of contemporary folk music, as well as some consisting of instrumental guitar music.
Williams is a stunning blues-soaked, rhythmic, and soulful guitarist. His musical vision spans continents and genres – blues, slide, swingin’ jazz, fingerstyle – and manifests itself in a hybrid of funky chords, walking bass lines, and fiery leads. With influences as diverse as John Fahey, Michael Bloomfield, and Joseph Spence, it is pleasantly difficult to pin Williams down. He’s a guitarist, a songwriter, and an interpreter. For example, Williams’ signature guitar riffs can be heard in between news segments on National Public Radio in the United States, his song Forget About Him is a mainstay on XM Radio, and his cover of the Blind Boy Fuller classic Weepin’ Willow Blues regularly brings audiences to their feet.
Williams is also one of the most entertaining and engaging performers on the circuit today. His concerts are legendary: a constantly evolving mix of blues, originals, ballads, and instrumentals, presented in a fresh and personable way. More than one audience member has been heard to muse about a Brooks Williams concert: “Now there’s a musician who loves his work!” From coast-to-coast, country-to-country, Williams and his guitars roll and tumble like nobody’s business.
A self-professed road warrior, Williams has toured relentlessly throughout his 20-year (and counting!) career, zig-zagging back and forth across the United States and Canada, plus regularly hopping overseas to England, Scotland, Ireland, and Wales. He’s a mainstay on club, coffeehouse and festival stages, including The Marlborough Jazz Festival in Marlborough, England, Whelan's in Dublin, Ireland, Godfrey Daniels in Bethlehem, Pennsylvania, The Snow Goose Theater in Anchorage, Alaska, Summer-fest in New Bedford, Massachusetts, and Uncle Calvin's in Dallas, Texas (to name but a very few). Says Williams: "My favorite hours of the day are when I’m on-stage!"
Brooks Williams is from Statesboro, Georgia – the town made famous by Blind Willie McTell in his song Statesboro Blues – but musically came into his own in Boston, Massachusetts. While nearly everyone else was peddling vinyl and cassettes, Williams was one of the first independent artists to release a recording on compact disc. His 1990 direct-to-digital showcase of solo guitar and voice, North From Statesboro, turned heads.
North From Statesboro was just the tip of the iceberg. Subsequent albums, each different and daring in some way, received constant airplay on public and college radio and garnered him praise from the likes of All Things Considered, the BBC, The Washington Post, The Boston Globe, Acoustic Guitar, Performing Songwriter, and Guitar Player, including the ground-breaking Back To Mercy (1992), the best-selling Knife Edge (1996), the instrumental gem Little Lion (2000), and his classic Blues and Ballads (2006). Williams has released fifteen CDs to date (all available on iTunes) on labels like Green Linnet, Signature Sounds, and Solid Air. Williams, who now makes his home in the Northampton area of Western Massachusetts, has already begun plans to record a new CD in early Summer 2007. And discussions have begun regarding a concert DVD and an instructional DVD.
Brooks Williams has also recorded tracks for an impressive list of compilations. Most notably is the National Reso-phonic Instrumental Project (proceeds benefit BluesAid and the Music Maker Relief Foundation), Letters To Bert (a tribute to guitar legend Bert Jansch), and Wonderland, a holiday sampler from Signature Sounds (which features Brooks’ Dave-Brubeck-meets-Tony-Rice treatment of I Wonder As I Wander).
Coming in 2007 is the Steve Tilston box set (a tribute album), which features Brooks’ arrangement of Here Comes The Night, and DeLovely Guitar, a guitar tribute to the music of Cole Porter put out by Solid Air Records and includes Williams’ arrangement of You’re The Top.
Another stunning compilation is the memoir Between The Strings: The Secret Lives of Guitars, an engaging collection of essays written by guitarists about their guitars. In addition to Brooks’ essay about temporarily losing his beloved red guitar while on tour in Ireland, are essays by B.B. King, Doc Watson, Laurence Juber, Tuck Andress, and George Benson, among others.
Over the years the breadth of Brooks Williams’ musical vision has broadened and deepened beyond solo recording and performing. This certifiable triple-threat (guitarist, songwriter, singer) is also a fearless collaborator and educator.
His collaborations include his critically acclaimed duo with violinist and singer Rani Arbo (which has fans lining up around the block to experience their eclectic take on swing, jazz, and traditional music), his Guitar Summit concerts of Blues and American Songbook explorations with fellow-guitarist Paul Asbell, the guitarist-singer-in-the-round concerts with Garnet Rogers, and the Trans-Atlantic Song-swap concerts with English guitarist and songwriter Steve Tilston.
Brooks Williams is also a well-respected teacher who regularly leads guitar, performance, and songwriting workshops at The Swannanoa Gathering (North Carolina), Augusta Heritage Guitar Week (West Virginia), Midnight Sun Song Camp (Alaska), Cedar Run Song Workshops (Virginia), Newport Guitar Festival (Rhode Island), and Summer Acoustic Music Week (New Hampshire), to name but a few. Additionally, Williams runs a series of very successful summer day camps teaching beginning blues and roots guitar to kids. Williams is devoted to not only preserving the art of the acoustic guitar but to educating a future generation of players.
Brooks Williams’ music rocks like the blues and swings like jazz. It is as fresh and original as any music you are likely to hear - and inspires Dirty Linen magazine to call Brooks Williams one of "America's musical treasures."
Website: www.brookswilliams.com