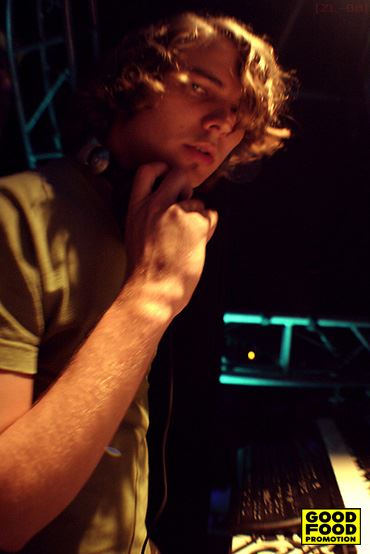 There is more than one artist with this name.

1. James Copeland, a psytrance producer from Cape Town, South Africa.
2. Alexander Popp, a breakcore producer from Toulouse, France.
1. Broken Toy is James Copeland from Cape Town, South Africa.
His unique take on producing fullon psytrance with a twisted and quirky edge has earned him his position as one of the most low, down and dirty dancefloor manipulators in the scene today.
Having started off his career in the project “Damage” back in 2001, he was one of the pioneers of the South African psytrance scene alongside such artists as Rinkadink, Protoculture, and Shift. He joined Alchemy records shortly after starting the Broken Toy solo project in 2003.
Over 70 tracks have been released on various labels along the way, with his self-titled debut album released in 2005. The follow up album and part 2 in the trilogy, “The low, down, dirty sound of…” was released in 2007.
He has performed at parties all over the world - Brazil, India, Russia, UK, Canada, South Africa, Israel, Mexico, France, Spain, Austria, Italy, Greece, Switzerland, Denmark, Sweden,Finland, Germany, Portugal, Japan, Australia - and has played at major festivals such as Boom festival in Portugal, Glade festival in the UK, Full Moon festival in Germany, SOnica in Italy, Universo Parallelo in Brazil as well as all the major parties in South Africa such as PRISM, Vortex, Origin, H20, Fu-cha, Alien Safari, etc.
2010 has seen him branching out in 2 new directions - with a new techno project called “Nesono”, which is an African inspired take on minimal/electro/tech bass tomfoolery, and also going back to his roots as a metal guitarist and bass player with his tongue-in-cheek, epic, blasting, mega-destruction ultra-nasty project - “Super evil”.
With so many creative outlets, an uncluttered and refined vision of Broken Toy in 2010 has emerged, set to ignite dancefloors across the world once more.
Stay tuned and enjoy appropriately!
Links:
Broken Toy
www.soundcloud.com/brokentoy
www.myspace.com/therealbrokentoy
www.facebook.com/pages/Broken-Toy/13177391747
www.brokentoy.co.za