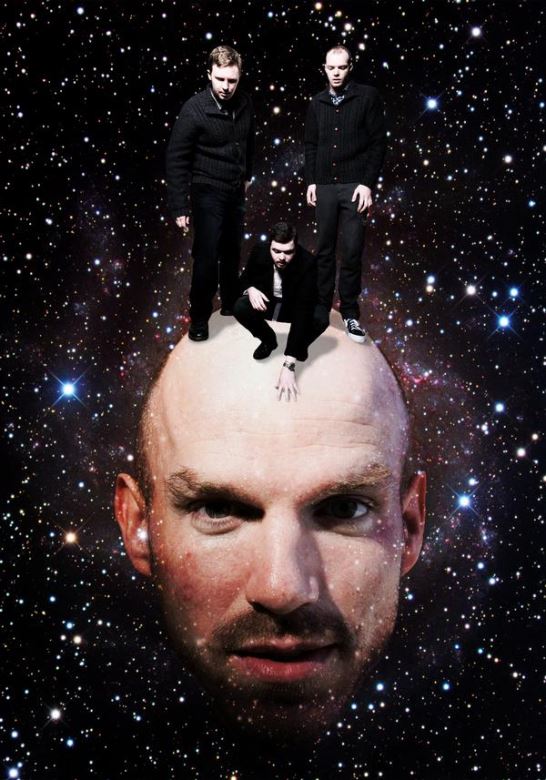 There are at least two sets of Brakes. Joe Fadil, Keith Wilson, John Brown and Bob Renny made up The Brakes, a powerpop / mod group which released the album "For Why You Kicka My Donkey" on the Magnet label in 1979. The currently popular Brakes are a 4-piece band from Brighton, United Kingdom fronted by Eamon Hamilton, formerly of British Sea Power. They formed in 2002.
Brakes (known as ‘Brakesbrakesbrakes’ on their US releases) were formed when Tom White (guitar) and Alex White (drums) of The Electric Soft Parade saw Eamon Hamilton (vocals, guitar) then of British Sea Power perform a solo gig supporting The Lonesome Organist in Brighton. Marc Beatty (bass) of Mockin' Bird Studios and The Tenderfoot (and who also worked with British Sea Power, when recording their debut album) was also soon recruited, and the band set about recording their debut single, "Pick Up the Phone", which was released on Tugboat Records in 2004.
In early 2005 the band recorded their debut album, Give Blood, for Rough Trade Records. The album was released in July of the same year. The album features 16 songs (including re-recordings of the 3 tracks from their debut single) and runs for 29 minutes. It features duets with Leila Moss of The Duke Spirit on a cover of the Johnny Cash / June Carter Cash classic "Jackson" and with The Pipettes on a version of The Jesus and Mary Chain's "Sometimes Always".The album was voted the best of 2005 by Rough Trade shops.
The album featured re-recorded versions of "Pick Up The Phone" and the tracks "I Can't Stand To Stand Beside You" and "Cheney" which also featured on their debut single, as well as the singles "All Night Disco Party" and "Ring A Ding Ding"
Brakes toured with Belle & Sebastian in January and February 2006 and Editors in February and March 2006.
The continued success of the band has lead to Eamon quitting his role as keyboardist for British Sea Power. What began as a side project has become a serious proposition.
Brakes released their second album 'The Beatific Visions' in November 2006. On The Beatific Visions, they're more like the Pixies than ever before, having made a more "serious" album than their debut, Give Blood, while retaining their off-kilter aura.
The Beatific Visions is dominated by direly catchy and fully fleshed-out songs that pop like punk, lilt like country, mutter politics, and reek of the garage: "Hold Me in the River" crashes along on an ornery, feel-good choogle; the twangy licks on "On Your Side" are so slippery that it sounds like guitarist Thomas White had chicken grease on his fingers. These are balanced out with tender ballads that don't sacrifice Brakes' dark, ridiculous wit, like the baggy trail-song "If I Should Die Tonight" ("tell her that I love her," Hamilton croons with fleeting sweetness, "or she might never know,"), the light-as-the-Shins ballad "Isabel", and standout track "No Return", a serene, blossoming hum that brings the album to a moving close.
‘The Beatific Visions’ draws on tender sentiments and imperative, unruly rock and roll, proving Brakes are a band capable of more than a handful of radio-friendly hooks. Enthralling critics and fans alike, the Killers were so impressed that they asked Brakes to join them on tour, while ‘The Beatific Visions’ was cited by Radio 1’s Colin Murray as his Album Of The Year, and voted Number 4 in Rough Trade Shops’ Best Albums of 2006.
Brakes put their unique spin on another hypermodern trend, the mobile-communications-technology song. "Mobile communications let me down again," Eamon sings to a bad connection on this melting slow-burner. Brakes straddle the silly-serious fault line without slipping; Eamon's more refined vocal style-- rambunctious, squalling, charismatic and tuneful-- is a terrific conduit for such vibrantly contrasting content. If the pre-apocalyptic fear is omnipresent, so is the reckless abandon.
Brakes signed to FatCat in October 2008, and released their third album ‘Touchdown’ - recorded by Paul Savage at Chem 19 Studios in Scotland - in April 2009. Whilst in the studio, accoustic versions of new and older songs were laid down and a live album was mixed. This was later released as 'Rock is Dodelijk' in February 2009 to favourable reviews from publications such as the NME and Pitchfork who praised its accurate documentation of Brakes' rambunctious live show. More recently Brakes embarked on a very successful US tour with fellow FatCat residents The Twilight Sad and We Were Promised Jetpacks in October 2009.
The band's debut live album 'Rock is Dodelijk' - recorded partly in hometown Brighton and partly in Cologne, Germany - was released in November 2009. Their live set is notorious for its rambunctious energy and ear-splitting immediacy, and ‘Rock Is Dodelijk’ faithfully Brakes’ thrilling crash through it.