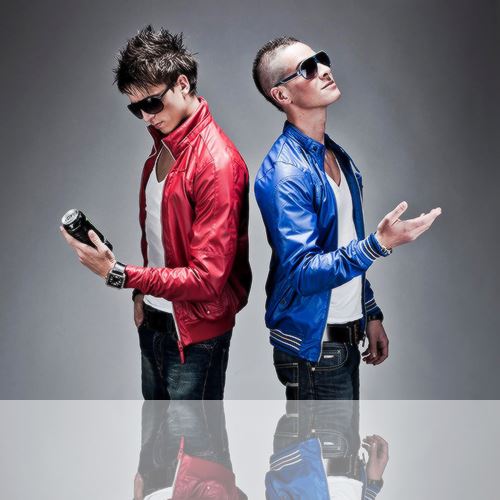 Thom Jongkind and Idir Makhlaf, better known as producer/deejay duo Blasterjaxx in the music industry, are anything but the same. While one is often prominent and empowering, the other prefers staying quietly in the background - a fairly high contrast in character. However, there is one significant reason for the phenomenal connection between these two personalities: their passion and love of music.
Mid 2010, Thom Jongkind - then operating by the name of Scalix - decided to set up a DJ duo named Blasterjaxx together with another producer at the time. Thom quickly noticed that huge steps were taken in the field of productions and that the range towards their audience was constantly increasing. Nevertheless, the personal chemistry between both producers started decreasing. Thus, it was Thom who focused more and more on music, while the other producer started having other priorities. Shortly after, they mutually agreed on ending their collaboration as a duo and decided that Thom would continue with the Blasterjaxx label.
Because Thom believed that Blasterjaxx would only be complete as a duo, he started looking for possibilities of a new, and this time around, perfect collaboration. In the meantime, Thom had been charmed by Idir Makhlaf for a while, who at the time was operating by the name of Macosta. Only after a few collaborations it was already clear how well they hit off; a new Blasterjaxx duo was born with - what subsequently appeared - an unparalleled amount of talent and potential. Together they plan on taking over the world with their unique sound, which is best described as a crossover between electro-house, big room and latin.
Their producing talents did not stay unnoticed. Due to diverse high listings in charts they got many fans, both home and abroad, in a short period of time. Their success kept on growing from the very beginning, especially on production-level and in the field of releases and artist support. This all resulted in various high listings on different music platforms in 2010, as well as their tracks being released by leading music labels, including: Defected Records, Universal, Dirty Dutch and G-Rex. In terms of support they were able to rely on prominent names such as: Sidney Samson, Gregor Salto, Franky Rizardo, Vato Gonzalez and many others.
Another clever entrant in 2011 was their bootleg of the worldwide hit Hello. This unofficial remix has, once again, received support from both domestic and international circuits and has been downloaded and listened to for over a million times in total.
In 2012, Blasterjaxx was able to show their true nature and proved to be everything but an ephemera. Together with D-Rashid they produced the Reborn EP with two tracks: Reborn and Where We Go. An EP-name with a story behind it, for this EP is in fact symbolic for Blasterjaxx’ renewed sound, which they want to introduce and conquer the worldwide audience with. A rebirth that eventually turned out to be a bombshell, because none other than Laidback Luke was eager to sign the tracks at his own label: Mixmash Records. It was only clear how much damage the tracks would be dealing after they were released in December. Where We Go reached #98 in the Beatport Electro Charts Top 100 after only one day, and after only one week, both tracks respectively reached #14 (Where We Go) and #16 (Reborn). The EP even took first place in the Beatport Top 100 Releases! A huge success complemented by the support of magnitudes like: Tiësto, Laidback Luke, Diplo, Steve Aoki, Dada Life, Robbie Rivera and more!
Despite numerous hits, releases and novelties, this is yet the beginning of Blasterjaxx. The right question to ask is not if they will break through, but when they will break through! Keep ears and eyes open people, because Blasterjaxx is the future!
Represented by Syndicate the Agency worldwide except The Netherlands and The Americas