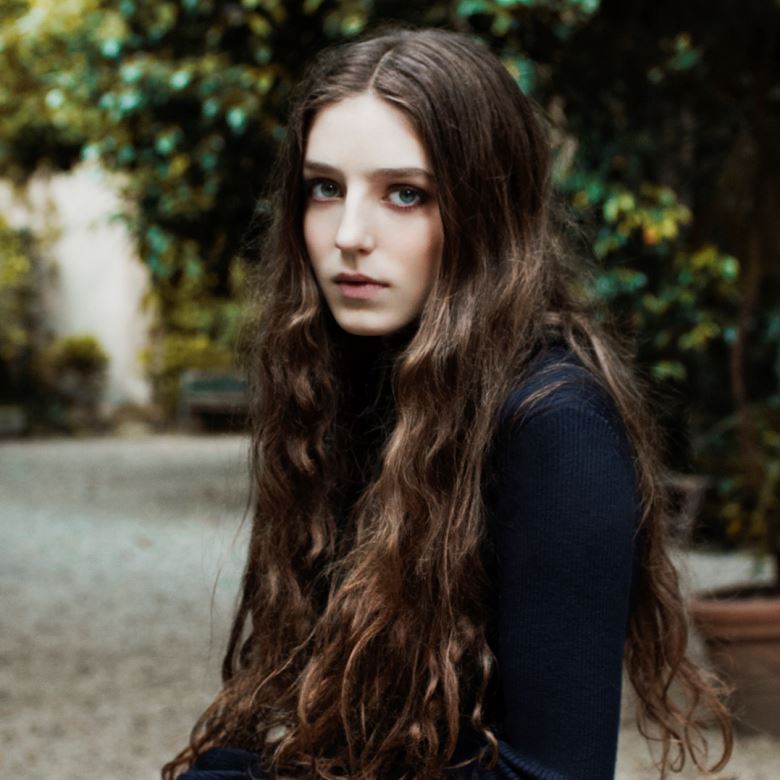 Birdy is a name of at least four artists:
1. A British singer songwriter
2. A French electronic musician
3. A German electronic musician
4. An American acoustic group
1) A pseudonym of Lymington, Hampshire, UK singer-songwriter Jasmine Van den Bogaerde. Bogaerde, born May 15, 1996, is the daughter of concert pianist, Sophie Roper-Curzon and writer, Rupert Bogarde. She was raised in a mill house on the Pylewell Park estate (Lymington, UK) of Birdy’s maternal grandfather, Baron Teynham. She attended Priestlands School in Lymington, UK until the age of 16, before going on to Brockenhurst Sixth Form College to study for her A-levels. In 2011, at the age of 14, she released Bon Iver-cover track "Skinny Love", which reached #17 on the UK Singles Chart.
After she won the Under 18s category of the UK talent contest Open Mic UK at the age of 12, Bogaerde was soon offered a publishing contract by Good Soldier Songs Ltd, run by Christian Tattersfield, chairman of Warner Music UK.
Her self-titled debut album, "Birdy", was released on November 7, 2011 and her second studio album, "Fire Within", was released September 23, 2013. Bogaerde's music is described as folk, pop, indie folk.
Sites: Discogs, Wikipedia and YouTube.
2) A pseudonym of Xavier Duquesne (b. 1972, Paris France - aka Last.FM user 'DjBirdy'), who first got in touch with electronic music in the year 1989, during a trip to Detroit where he spent most of his time in underground clubs.
A few years later, he started working for various party organizers in Lyon and began to spin records at private rave parties. Famous French Progressive DJ Max Le Sale Gosse then decided to book him for an official party. And his career took a big step forward. His skills brought him up to play in clubs like Space and Fridge in Lyon and abroad in Spain and Lithuania, among other locations.
Recently he met with Nûgen, a talented French progressive house producer, and became part of the Nu-records label. Its on Nu Recs that Birdy released his first Dj-set album.
After settling down in Paris, he played at Folies Pigale, Vinyl, Batofar, les Bains Douches, took part in the huge Techno Parade, and currently organizes private events going towards progressive sounds, inspired by artists like Timo Maas, Francesco Farfa, Sasha, Digweed, Luke Dzierzek or Chris Lake… Together with Nûgen they performed at Morphismes’s parties « Quattrocento » which soon became the best progressive house parties in Paris.
2006 took a new turn with the birth of the Connected Parties, along with deejays Faskil, Be (KRM, Atlant rec.) and Boombatcha, Uk (Sumsonic). Already a huge success, those parties have an unmatchable family spirit.
2007 now see his first collaboration with Faskil as a remixer with the release of Guillaume Nyckees’s Elision, which remain 1st download for over a month on Resonant Vibes
If you’re interested in booking Birdy, please send a mail to birdy@connected-parties.com
Discography
Birdy (2007, Helmet R00m).
Remix:
Guillaume Nyckees - Elision (Faskil & Birdy Connected Remix) [Composure Records]
Sites: Discogs and MySpace
3) A German musician who made library / electronic music, in the 70s and 80s.
4) A Chicago-based acoustic group featuring vocals, harmony, and creative musical arrangements of known and original tracks, drawing from both traditional and contemporary influences.