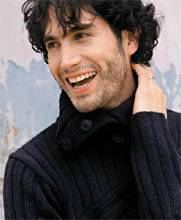 There are multiple artist called Benny:
1. Benny Ibarra De Llano, a singer, musician, producer and actor from Mexico.
2. A Hip-Hop artist from Boston, MA.
3. A punk band from Boston, UK.
4. Benny Schnier, a German Schlager singer.
5. Resident DJ of Belgian clubs Kokorico & Balmoral
1. Benny Ibarra De Llano (born September 8, 1970 in Mexico City) is a singer, musician, producer and actor. He was born into a family of artists. His mother, Julissa, was a famous singer and actress in the 1960s. Both his father and his brother Alejandro (Alex) were singers and actors. He started his music career in the pop band Timbiriche (1981), and began working as a solo artist in 1992.
As part of Timbiriche, he recorded 7 albums. He also starred in Vaselina (Grease). Between 1985 and 1989 he studied jazz, guitar, classical music, and composition at the Walnut Hill School of the Arts at Berklee College of Music in Boston.
By 1990 he had made 5 albums with Onda Vaselina and with his brother Alex Ibarra. In 1998, Timbiriche reunited to tour Mexico and Central America, and in 1999 released a live album El Concierto. Ibarra recorded the album Mar Adentro en la Sangre with Guadalajara-based progressive rock band Santa Sabina the same year.
Solo discography
1992 Hablame Como La Lluvia
The first album includes the singles Dame un Poco de tu Amor and Tonto Corazón.
1994 El Tiempo
The second album went platinum and included the hits Sin Tí, Cielo and Mía.
1996 Om
On this third album, Benny wrote more songs about himself, but it was not the commercial success of its predecessor. The singles were Cada Mañana, Mas de Ti and Sutil Dolor.
2001 Todo O Nada
After a five year absence, this album featured collaborations with Erick Rubin, Alix, Dougie Bowne and musicians from Café Tacuba and Maná. The first single Uno was top of the charts for eight weeks, became a gold record in two weeks and later went to platinum. the second single was Inspiración, also included in the film soundtrack of same name.
2002 Grandes Exitos: 1992-2002
His first Greatest Hits release included a new single Irremediable from the film soundtrack La Habitación Azul, a duet with Edith Márquez entitled La Otra, a new version of Cielo, live tracks and his chart hits. A limited edition CD included a DVD with 9 video clips. The first edition included Como un Ángel and the second Cielo 2002. The compilation became a gold record.
2003 Llueve Luz
This album went gold and was made with Chetes and Miguel Bosé, among others. Miguel Bosé sings on the second single Si Puedo Volverte a ver. The other singles were Llueve Luz and Vives en Mi.
2003 Cielo
A “best of” compilation for the US market.
2005 Así
His most recent album in the studio went gold in 48 hours and includes the singles Cada Paso and Dejalo Ir. A limited edition includes a digipack with DVD bonus with the music video of Cada Paso, and extras such as the making of the record.
2006 Estoy
A live album recorded in the Auditorio Nacional during November 2005, which includes Tonto Corazón and a new track, Siempre Mas, and other live songs from 1996 and 2002.
Music DVD
2003 En Vivo
The DVD captures his first Auditorio Nacional show in 2002, though the concert is not complete. Included are features on his father, Moderatto, Erik Rubin and Alix Bauer
2006 Estoy
This DVD captures his 2005 concert in Auditorio Nacional, and also includes two videos, “Tonto Corazon 2006” and “Siempre Mas”
Official site: http://www.benny.tv
2. Benny is a Hip-Hop artist from Boston, MA. "Music is a science" says Benny in a recent Rolling Stones interview, "but good luck getting your hardcore reductionist to accept that claim sans caveat."
"I just want to make good music and love the woman I love."
http://www.myspace.com/benny
3. Punk band from Boston UK http://www.myspace.com/bennyfromboston