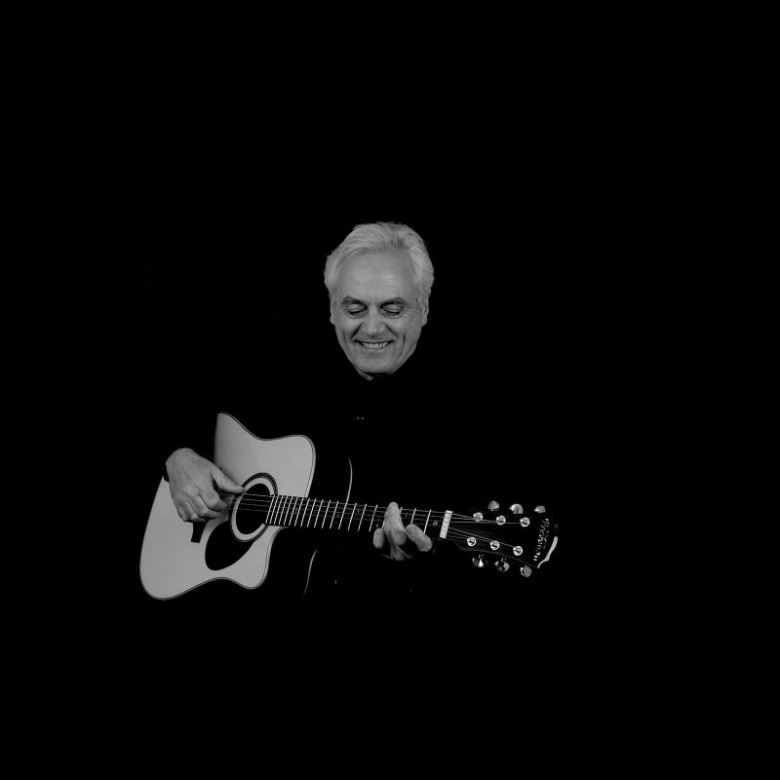 Benny Gallagher (born Bernard Joseph Gallagher, 10 June 1945, Largs, Ayrshire) is a Scottish singer-songwriter, best-known for being one half of the popular duo Gallagher & Lyle during the 1970s. Immediately prior to that, Gallagher was a member of McGuinness Flint, and, with fellow member Graham Lyle, penned the UK Singles Chart Top 10 hit singles "When I'm Dead and Gone" and "Malt and Barley Blues".
Gallagher began his songwriting career as a staff writer with the Beatles Music Publishing Co.- Apple - writing songs for his lifelong friend and Apple Records biggest solo recording artist Mary Hopkin. Gallagher has always considered those "formative" days at Apple, and, especially, the constant encouragement of Paul McCartney, as one of the most important factors in his development as a songwriter.
He and songwriting partner Graham Lyle were invited to appear as support act and accompanists to Mary Hopkin at EXPO 70 in Osaka Japan.
1970 also saw his band McGuinness Flint storm the charts with his songs When I'm Dead and Gone and Malt and Barley Blues which featured on the ground-breaking BBC TV series The Rock 'n' Roll Years.
Then came a string of highly acclaimed Gallagher and Lyle Albums - a brief interlude to record the hit single How Come and the Album Anymore for Anymore with Ronnie Lane and the Slim Chance Band - eventually culminating in the hugely successful Breakaway album containing the richly romantic hit singles Heart on my Sleeve and I Wanna Stay With You - his work went on to receive further acclaim and the ultimate acknowledgement along with an introduction to an even wider audience when Art Garfunkel recorded the iconic song Breakaway.
It is a testament to the enduring quality of his song-writing that:

1. Simon & Garfunkel performed A Heart in New York in their Concert in Central Park to an audience of approx. 500,000.

2. Garth Brooks also chose to perform A Heart in New York in his Concert in Central Park to an audience of approx. 750,000.
3. Don Williams took the classic Stay Young to No.1 in the Country Charts generating well in excess of 1,000,000 airplays on US Radio.
A wide variety of Artists have recorded his songs: Art Garfunkel; Bryan Ferry; Colin Blunstone; Don Williams; Donovan Frankereiter; Elkie Brooks; Fairport Convention; Garth Brooks; Jim Capaldi; Joe Brown; Judith Durham; Little Anthony and the Imperials; Mary Hopkin; Phil Everly; Ricky Nelson; Ringo Starr; Rita Coolidge; Simon and Garfunkel; Status Quo;The Fureys, and LemonJelly.. to name but a few.
On record he has worked with:
Paul McCartney - Eric Clapton - Pete Townsend - Ronnie Lane - Ronnie Wood - Gary Brooker - Georgie Fame - Mary Hopkin - Elkie Brooks - Ralph McTell - Sandy Denny and Fairport Convention, as well as Blues legends Arthur "Big Boy" Crudup (composer of That's Alright Mama for Elvis Presley) and Champion Jack Dupree.
Between song-writing visits to Nashville, and composing soundtracks for film and television, he has performed at The Belfast Nashville Songwriters Festival 2008 with Don Schlitz, Nanci Griffiths, and Pat Alger, an “In the Round Concert” with Beth Nielsen-Chapman, Ricky Ross and Charlie Dore to celebrate the opening of the new BBC Scottish Headquarters, and a special guest appearance with Legendary Jazz Guitarist Martin Taylor in his string of sell-out shows during the London Jazz Festival.
Benny spent two years as founding Director and seven years as Chairman of P@MRA - The Performing Artists Media Rights Association, administering the right to equitable remuneration for U.K. Performers.
During his time at P@MRA Benny was able to achieve a long term ambition by visiting Japan to successfully negotiate and later conclude a deal with Geidankyo (The Japanese equivalent of P@MRA) which now provides all U.K. performers with Equitable Remuneration from Japan - for the very first time!
Under Benny's stewardship, between1996–2002, P@MRA distributed over £20m to UK Performers as Equitable Remuneration for the use of their recordings.
In 2001 he was deemed a “Companion of LIPA” the world renowned Liverpool Institute of Performing Arts and presented with this Award by co-founders Paul McCartney and Mark Featherstone-Witty alongside fellow Companions Singer-Songwriter Joan Armatrading and “Architect of Punk” Malcolm MacLaren.
On March 1st 2005, as a guest of Her Majesty The Queen and Prince Philip, he attended a Celebration of British Music at Buckingham Palace along with: Eric Clapton, Jeff Beck, Brian May, Peter Gabriel, Sir George Martin, Martin Taylor, Joan Armatrading, Eddi Reader, Roger Daltrey, Richard Thompson, Status Quo, Jamie Cullum, Courtney Pine, Katherine Tickell, and Charlotte Church…
Wih the release of his first-ever studio Solo Album - At the edge of the wave - Benny will make a long overdue return to the spotlight in 2009 to perform all of the hits he penned for McGuinness Flint and Gallagher & Lyle.. along with some great new songs from his new Album "At the edge of the wave".
www.sonicbids.com/bennygallagher
www.myspace.com/bennygallagher
www.myspace.com/onsongrecords