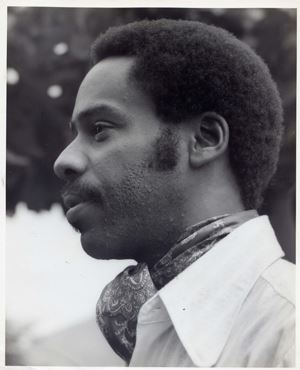 B.B Seaton (Harris Lloyd Seaton) was born September 3rd, 1944 in Kingston, Jamaica. He is a singer with a soulful voice, a qualified musician, producer and one of the most prolific song writers in the history of Jamaican music.
B.B started singing and writing songs from his high school days, and grew up listening to groups like Platters, Drifters, Temptations and the Four Tops to name but a few.
He had his first big hit in Jamaica when teaming up with Delano Stewart and Maurice Roberts to form “The Gaylads”. They recorded the hit single “Lady with the red Dress” on Clement Dodd’s Studio One label in 1967. A series of hits like “You Should Never Do That”, “No Good Girl”, “Chipmunk Ska”, “Stop Making Love Beside Me”, “Love Me With All Your Heart”, “Red Rose”, “You’ll Never Leave Him”, “Africa” followed including two albums “Soul Beat” and “Gaylads Sing Folks”.
At Whirl Records they gave us tracks like, “Joy In The Morning”, and “She Want It”, Tip Top Records, “Hard To Confess”. “Over The Rainbows End”, “I Need Your Loving”, “ABC Rocksteady”, Beverley’s Records, “My Jamaican Girl”, “There’s A Fire”, “Soul Sister”, “Fire & Rain”, “We Three Kings”
Going solo…
After ten years of working with companies in Jamaica like Studio One, Tip Top Records, Beverley’s Records and Treasure Isle Records as either A & R, Producer, Writer, Musician and Backing Vocalist, B.B. decided to go solo.
In 1972 he recorded his first solo single “Accept My Apology” which was an instant hit and there was no turning back from then on. His version of Bill Withers “Lean On Me”, Persuaders, “Thin Line Between Love & Hate”, “Rainbow Love”, “One Thing Leads To Another”, “God Bless Our Love”, “Can’t Hide The Feeling”, “Sweet Caroline”, “All The Best”, “Miss My Schooldays” and “My Jamaican Girl” “Everyday People”, “Born Free”, were also hits.
To Date, B.B has fifteen albums to his credit. “Dancing Shoe” (Virgin), “Thin Line Between Love & Hate” (Trojan), “Colour Is Not The Answer” (Jama), “I’m Aware Of Love”, “B.B Seaton Sings The Gaylads”, “ Wish Me Luck”, “Just One Moment”, “B.B Seaton Greatest Hits”, “In Control”, on his own (Soul Beat Label), “Everyday People” (Creole), “Pleasure And Pain” (Studio One), “Reggae Country Classics”, “Rootically Yours”, “Reggae Land” and his latest “Unbeaten”.
Now…
BB is now releasing some of his vintage productions on his Soul Beat Record label in London, whilst his son Richard is releasing Hip-Hop music on the Soul Beat Record label USA.
His ambition is to write a song that the whole world will sing.