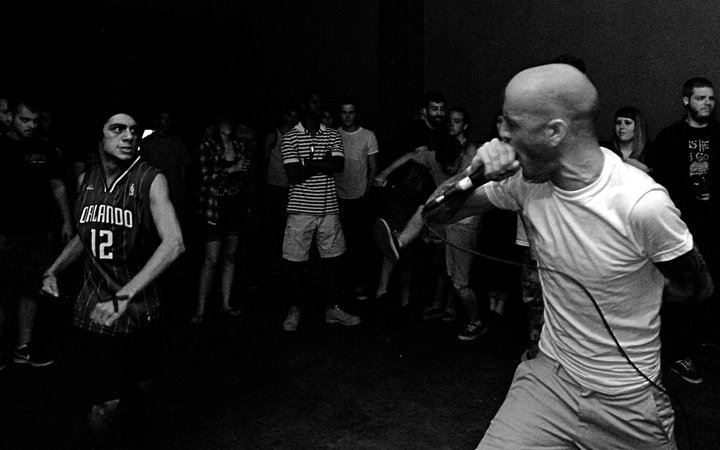 There are multiple artists who use the name Axis:
1. Axis was a power trio made up of Danny Johnson (guitar, vocals), Jay Davis (drums), and Vinnie Appice (drums) that made only one album, It's a Circus World, in 1978.
http://www.allmusic.com/artist/axis-mn0000758824
2. A hardcore band from Daytona Beach, FL
http://www.facebook.com/pages/AXIS/118870751476623
3. Axis, from Grand Rapids, MI, is an up and coming rapper, writer, and producer. As of 2011, he has released 4 projects, including his latest effort, "Axis Denied". He has groomed a sound of his own in a genre where blending in is a habit. From personal tales of failure and growth, to an incredible ability to paint pictures with words, Axis holds your attention throughout his music and leaves you craving for more. Have a listen and immerse yourself into the tales and self reflection. Become a fan at: www.facebook.com/axisgranted
4. Hailing from the birthplace of Heavy Metal, stoke-on-trent, Axis are a new, midlands-based 5 piece rock outfit who hope to carry on the legacy of such heavy metal greats as Black Sabbath, Judas Priest and Iron Maiden, while also, bringing the genre kicking and screaming into the 21st century with an infusion of the musical lessons learned over the last twenty years. Punk, goth and progressive rock are all combined into a sound that, whilst remaining true to its Heavy Metal roots, combines elements from all the musics that they love into something that is fresh and contemporary. Most of all though, Axis want to bring back a level of showmanship (and fun!) that they feel has been missing from most bands throughout the last decade.
5. 3 piece from Peterborough, England which started properly around January-Febuary 2006, they are one of the most well known local band around Stamford/Peterborough area, and with good reason. They have already played many gigs around the area, including Quayhole Kate's, Stamford most well-known Nightclub.
Axis Take influence mainly from The Smiths, Wire, Joy Division, Can and Gang Of Four.
For more info, go to their official Myspace, http://myspace.com/axisgb
6. A Greek progressive rock band that originated in the seventies. They produced three albums, including TWO self titled albums called "Axis". They scored two minor hits with the singles "Someone" and "Ela Ela". Visit http://www.vintageprog.com/aaa2.htm#axi
for info on their progressive self titled.
7. A Drum & Bass/breakbeat producer Illian Walker, also known as ILS.
8. A Lithuanian band
9. An industrial rock band from Tulsa, OK.
http://www.myspace.com/axis
10. A trance project of Michael Kronenberger & Steffen Harning, signed to the Bonzai Records label from Belgium, well known for its releases of hardrance and trance in the early nineties.
11. A Rock band from Australia.
12. The name of the first 4 bands (from 1995-1999) of singer-songwriter Julean Rai from Julean and the Rai, the name of his current band.