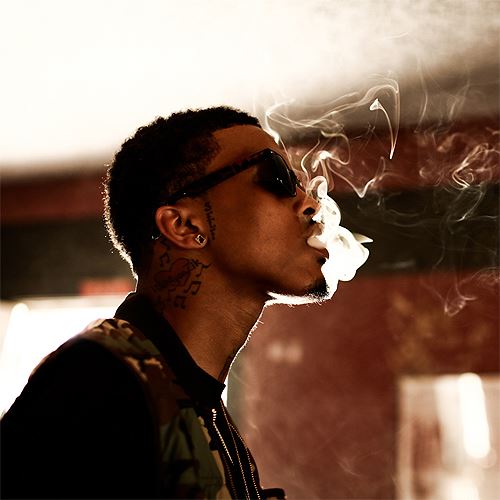 With the love and hustle of the Crescent City running through his veins, August is eager to follow in the footsteps of the NOLA music legends that paved his way. His recently inked deal Def Jam Recordings looks to be a great step in the right direction, but music wasn’t always in his future.
August learned at an early age that drugs and money could make you, or break you. With both his father and stepfather battling crack addiction, August’s mother moved their family to Houston, Texas in search of a fresh start. But Houston provided no happy ending. For years, a young August endured a home life plagued by drugs and violence. At just 14, he got word from New Orleans that is father, August Sr., lost his battle with drugs and alcohol.
In an attempt to escape his reality, August took to Youtube, where he posted dozens of homemade performance videos. His clips covering the likes of Musiq Soulchild and Lyfe Jennings went viral, generating millions of views in just over a month. It seemed that he was finally taking his first steps toward a bright future in music, but just a year later, reality hit home when his best friend was shot and killed in the streets of Houston. As quickly as August appeared, he vanished form Youtube, back to the real world. With tensions mounting, 16-year-old August was kicked out of his mother’s home. Alone, he returned to New Orleans. He bounced around between family and friends houses, but on some nights, only the corner store provided him shelter. Eventually, he took to the streets, selling drugs as a means of survival.
With his older brother also in the streets hustling, it wouldn’t be long before August learned that the addiction to money could be just as deadly as the addiction to drugs. Just days before August’s 18th birthday, his older brother was gunned down in New Orleans East, another unsolved murder in one of the nations most dangerous cities. “I never expected them [the police] to find his killer”, August explains. “People die everyday in the streets of New Orleans. Unfortunately, death has become a way of life,” but not for August. His brother’s death became his motivation to not become a statistic, but to pursue his musical aspirations on an entirely new level.
Under the guidance of NNTME MuCo, AKA Noontime, (management/production company), August relocated to Atlanta in 2011 to begin carving his own musical path, creating music in a lane that would separate him from his R&B counterparts. His experiences in life are what shaped him, so those experiences, no matter how brutally honest, positive or negative, would serve as the focal point of his artistry. In April of 2012 August teamed up with Hoodrich/MMG’s own DJ Scream for the release of his debut mixtape, ‘The Product’, which garnered him an internet and radio buzz, and spawned the Sound Mob produced single, “Sucka” featuring fellow New Orleans native, R&B crooner Lloyd. The anti-love track offers the opinion that “love is for suckas”, providing an alternative to the sappy love songs associated with today’s R&B.
This past May, Alsina returned with his second installment of ‘The Product‘ series, this time teaming up with DJ Drama and his Gangsta Grillz brand. The debut single “I Luv This Shit” finds August paired with fellow Def Jam label mate, Trinidad Jame$. The top 10 hit, produced by Knucklehead, speaks to the rebellious and, sometimes, reckless lifestyle that finds August singing words that many can relate to, “I’m way too drunk to be talking like this, I’m way too high to be trippin like this, I’m way too young to be livin like this, ask me why I do it I’ma put it like this... God Damn it, I luv it”. It’s that honest and rebellious tone that caught the ear of Cash Money CEO/Rich Gang boss, Birdman, who jumped on the remix to stamp the fellow New Orleans native.
With his buzz building, August’s next stamp would come from media giant MTV, as he was named one of 2013’s Fab 5, their annual list of hip-hop artist to watch. Exposure on the network helped to make his independent video “Downtown” ft. Kidd Kidd, a viral hit, generating nearly 1 million views in less than 2 months. The autobiographical song/visual would become the title track for Alsina’s first official NNTME/Radio Killa/Def Jam release, an 8-song EP titled, ‘Downtown: Life Under the Gun’, which offers collaborations between Alsina and the previously mentioned Jame$ & Kidd Kidd, along with NOLA veteran Curren$y, and Atlanta newcomer Rich Homie Quan. Of the EP, Alsina says, “It allows you to walk through my hood with me and see where I’m from. Don’t get it confused, this isn’t my album, just a few songs to let people know what I’m about and why I do this”.
While just 21 years old, and already a lifetime of experiences behind him, August Alsina is living proof that your past doesn’t have to dictate your future, and that life’s hardships can be the motivation required for success.