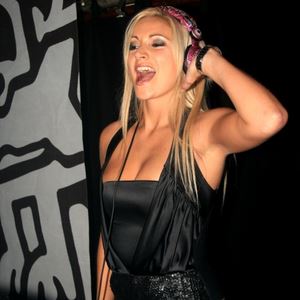 Anne Savage is a leading UK hard dance DJ, playing styles including hard house, hard trance and techno. Savage is an established and popular DJ in the UK hard dance scene and plays mainly in England, but also plays around the world, such as in Ibiza. Savage has released mix albums under Telstar, Tidy Trax and Ministry Of Sound.
She hails from Burnley, Lancashire, and attended the private all-girls Westholme School in Blackburn.
Anne Savage forms The Tidy Girls with fellow female UK DJ's Lisa Lashes Rachel Auburn and Lisa pin-up.
Her first residency was in Bolzano Italy when she was just a young and naïve nineteen year old. Her first UK residency was at the Legendary Angels in Burnley alongside Carl Cox in 1993 which led to other residencies at Vague and Ark in Leeds. Whilst she is mainly known for her Hard / Euphoric Dance sets, during the mid 90's she played many guest sets around the North West and was regularly seen in Club 051 in Liverpool rocking the dancefloor.
Although recognised almost universally for her hard dance sets, Anne has undoubted talent for spinning every type of music from breaks, deep house, techno and euphoric house. Although the true hard dance queen, Anne is willing (and able) to move with the times altering her sets to what the clubbers want to hear.
Anne has played in almost every corner of the globe including Italy, Ibiza, Japan, Australia, New Zealand, USA, Austria, Norway, Finland, Germany, Greece. She has a huge following in Canada, especially Toronto where she is one of the few international DJs to play ever major dance club in the city, as well as being invited to represent the UK by playing for the British Embassy in Canada.
In 1998/9 she toured South Africa twice with Goldie, Grace Jones and the Weather Girls, playing to 33,000 people in Johannesburg, and was broadcast on CNN. She was asked back in 2002 to headline the 5FM birthday concert. For New Years Eve 2001, she played at the last ever party at The Millennium Dome in front of an estimated 47,000 people.
Anne is a regular face in Ministry Magazine, M8 and Muzik, as well as being interviewed for KISS TV, MTV, Electric Circus and doing a spot of presenting on Rapture TV. She took part in the award winning CH4 docu-soap ‘Faking It’ where she took a classically trained musician under her wing (and her roof) for a month and taught her how to walk, talk and mix like a Superstar DJ. She was also sought after by the BBC to present one part of the series ‘Choice World Clubbing,’ flying to Melbourne for a 36hr shoot for the upcoming BBC series. Anne frequently plays for UK club giants Slinky, Golden, Storm, Progress, Sundissential, Tidy Trax and Inside Out in Glasgow. She plays all the major dance festivals including Creamfields, Homelands, Gatecrasher Summer Sound System and the Mezzanine May Day Ball. She is heard regularly on Radio 1, mixing the Essential Mix for Pete Tong in March 2001.
She also records as herself on Tidy Trax, releasing over 20 tracks, the biggest of which being ‘I need a man’ and ‘I need you’ clocking over 50,000 copies. She is also one half of the Tidy Girls, alongside Lisa Lashes. She has recently been in the studio on her first collaboration with BK, the result of which gave us “Instantly/Junglize” (Nukleuz.) “Junglize” has been played out by Judge Jules on his Radio 1 show and is being licenced for Jules’ International Clubbed Compilation.
She has had four releases as ‘Destiny Angel’ on Automatic Records, and also has produced and remixed tracks as ‘Northern Scum’ with Craig Burger Queen.
Wikipedia