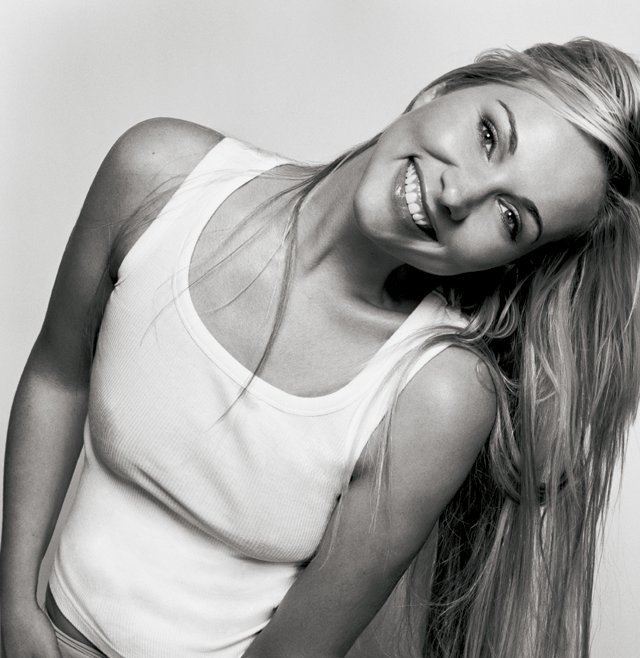 There are, at least, twelve artists known as Amber.
1) A Korean K-Pop singer, real name Amber Liu, and a member of f(x). She is best known for her song "Shake That Brass".
2) A Dutch-German singer-songwriter, label owner & executive producer (aka Marie-Claire Cremers, b. 9 May 1969). Her biggest hits include "This Is Your Night", "One More Night", "If You Could Read My Mind", "Sexual (Li Da Di)", "Yes!" & "You Move Me."
Amber's music, in its original form, can be categorized as eurodance, hi-NRG, house, dance-pop, Pop Rock & electronica - mingled with urban contemporary slow jams & adult contemporary ballads. Her hit club mixes have ranged from 'house' (in various styles) to vocal trance.
Amber is played extensively on Rhythmic format stations and the newly formed "Rhythmic AC" format which plays Disco, Hi-NRG, House, 1980s and 1990s mainstream Dance and Dance-pop hits and Quiet Storm, Adult Contemporary and Urban contemporary. Official Site: http://www.Dance-Music-Space.com
3) A Nottingham based 5-piece, originally from Buckinghamshire. Amber formed in the latter part of 2012 and released their debut EP 'Noah' in July 2013, to much acclaim. The band are currently unsigned but have lots of label interest after receiving much support from BBC Introducing. Amber played on the BBC Introducing stage at Reading and Leeds Festival and their track 'Noah' has featured on the Radio One playlist. A second EP is scheduled for release towards the end of 2013.
4) A Danish post-rock band. ”One Minute Love Affair” is the second Album from the Danish trio, who has once again teamed up with an International top Producer. While their debut album was recorded with Indie guru Steve Albini (Nirvana, Pixies, Mogwai), it is this time John Parish (PJ. Harvey, Goldfrapp og Eels) who tailored his producer magic to the unique sounds of Amber. ”One Minute Love Affair” builds on the foundation laid on the highly critically acclaimed debut from 2004, but at the same time explores new sides of Amber’s minimalist soundscape.
With Parish behind the mixer, Amber’s songs gain a new edge, while still maintaining the intimacy that has become the bands trademark, within a full, vibrating and yet simple universe. Remaining true to the original outset, Amber playfully incorporates elements of alternative disco and funk into their already unusual take on Alternative Rock. The result is shorter yet more quirky songs still featuring Amber’s characteristic instrumentation (Bass, Vibraphone, Drums and Vocals).
“One Minute Love Affair” also features a guest appearance by Scottish singer Aidan Moffat from Arab Strap. The result is a killer duet on the title track between him and Amber vocalist, Biljana Stojkoska.
Official site: http://mySpace.com/AmberBandDK
5) A German dark-folk singer. Official site: http://RabenFlug.com
6) A, now defunct, NW Indiana based band
7) A rock / metal / psychedelic band from Pazardjik, Bulgaria. Official site: ]http://www.myspace.com/trueamber
8) Were MacLeod & Julian McAllister, both friends and contemporaries of Donovan on the early 60s St. Albans folk scene. A 10" collects the only extant studio tapes of the band, recorded in the early 70s during a period that saw the band playing regularly around London. The strapline on the sleeve reads "acoustic music that derives from folk and blues with a touch of psychedelia" which is true as far as it goes but gives too much significance to the blues, not enough to the occasional immensity of McAllister's vocal and none at all to the importance of the sitar in the mix. The lilting glory of "Sea Shell Rock Me" (appearing in two versions) is the highlight. The song is basically a folk love song which coils in around itself in time to a beautiful winding sitar line and reminds of all the possibilities music seemed to offer 30 years ago.
9) A Post-Metal / Hardcore Band from Marburg, Germany.
Consisting of:
Jakob - Drums
Christian - Guitar
Dennis - Guitar
Tobias - Bass
Anna - Vocals
http://weareamber.bandcamp.com/
https://www.facebook.com/hereisamber
10) 琥珀(Amber) A post-rock / instrumental band from China.
11) Japanese visual kei band.
12) Maltese singer Amber Bondin, who will represent Malta in the Eurovision Song Contest 2015 with the song "Warrior". Prior to her victory, Amber had been competing in the Malta Eurovision Song Contest annually since 2011